Is there such a thing as the “Jezebel spirit”?

You hear about it from time to time — a major female demonic entity who some say causes powerful, even ruinous, problems in our lives. This idea gets its start from 1 Kings and 2 Kings, wherein a Queen Jezebel of Israel is portrayed as a nefarious monarch who attacked and in instances slew God’s anointed.

Her viciousness is on full display when Scripture mentions how Jezebel incited her husband King Ahab to abandon the worship of Yahweh and encourage worship of the deities Baal and Asherah instead. Jezebel persecuted the prophets of Yahweh, and fabricated evidence of blasphemy against an innocent landowner who refused to sell his property to King Ahab, causing the landowner to be put to death. For these transgressions against the God and people of Israel, Jezebel met a gruesome death—thrown out of a window by members of her own court retinue, and the flesh of her corpse eaten by stray dogs.

“What peace, so long as the harlotries of your mother Jezebel and her witchcrafts are so many?” Jehu, also a king, replying to Joram of Judah, intones. (Jehu eventually came against her.) Obviously, not a nice person. A powerful, vicious demon — an ophidian from Phlegethon.

No less than Elijah had correctly prophesied, “The dogs shall eat Jezebel in the territory of Jezreel, and none shall bury her.’”

If that isn’t clear enough, the diabolical influence of this royal figure is made clear by a reference to “450 prophets of Baal and 400 prophets of the Asherah, who eat at Jezebel’s table.”

Thus we see here not only Jezebel’s reputed truculence — such wickedness that she didn’t deserve a decent burial — but her involvement with forces of the occult. By tradition, and also according to some exorcists, Baal and Asherah are high-level demons.

But as far as details, that’s about it (Jesus never mentioned her), until the Book of Revelation, where it says that Jezebel “calls herself a prophetess, and she teaches and leads My bond-servants astray so that they commit acts of immorality and eat things sacrificed to idols.”

Back to the question at hand: does her “spirit” — or more likely, the spirit that was behind her — still afflict the servants of God?

“The Jezebel spirit operates initially through seduction,” writes deliverance expert Jonas Clark. “To seduce means, ‘to cause to stray, to lead away from the truth, to deceive, to wander out of the way, or to lead into error.'” Hers was the spirit of seductive deception, and many times when we are seduced — by money, by sexual propensity, by dissension, by hatefulness — we’re in the embrace of a dark force by whatever name.

When the “Jezebel” spirit is operating — believe charismatics such as Clark — it exhibits itself through “vain flattery, smooth prophetic sayings, and seducing tears” (implying that this entity — not your standard devil! — is behind false seers and locutionists who can sound quite sound spiritually, on the surface, along with those who use flattery to gain power over others).

In Clark’s checklist (from his book, Jezebel: Seducing Goddess of War, a general Christian one which we will offer for his perspective), a hallmark of the Jezebel spirit is chaos, confusion, and instability. Both women and men can come under her control. It lures with gold. It bequeaths warring abilities (when the flattery or manipulation fail). It leads us into decisions we later (and often dearly) regret. Her special target, it seems, is those in spiritual authority. Her spirit leads to broken marriages and divisions within the Church. The very Hebrew word for “flattery” is chalq, which means “to be smooth, to separate, or to divide.” When the spirit of Jezebel attacks you, posits Clark, “it will try and take you out of faith and drive you into fear.”

If nothing else, we can draw from it this: when the devil whispers discouragement of whatever kind to you, or tries to manipulate, immediately blunt it; immediately ignore it; immediately cast it out. Do the same with exaggerated flattery.

He believes (for discernment) there was “a great shift in the Spirit over our nation in 1992 on the day that Bill Clinton was sworn in as president of the United States” and asks, “Could this have marked the beginning of the rise of this spirit?”

We’re careful not to condemn, at the same time we must be vigilant about the spirits that influence or even take control of others. He warns that the Jezebel spirit often infiltrates women’s retreat and conventions. Says another, Jennifer LeClaire: “Intercessors who build walls of prayer have a distinct authority to throw down spirits that try to penetrate that wall or erect a stronghold on that wall. Intercessors who live on the wall incline their ear to the Lord’s command to throw Jezebel down at the right moment.

“The right moment is now. We’re in a Jehu moment; a Jehu season to throw Jezebel down. In 2 Kings 9:32-34 (NKJV) Jehu “looked up at the window, and said, ‘Who is on my side? Who?’ So two or three eunuchs looked out at him. Then he said, ‘Throw her down.’ So they threw her down, and some of her blood spattered on the wall and on the horses; and he trampled her underfoot. And when he had gone in, he ate and drank. Then he said, ‘Go now, see to this accursed woman, and bury her, for she was a king’s daughter.'”

“It’s time to throw Jezebel down in your family, your church and your workplace. Again, you do this in the place of prayer. And after you throw her down, bury all memory of her. Move on with your life in victory!” 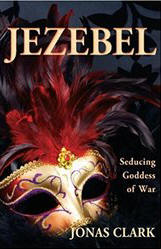