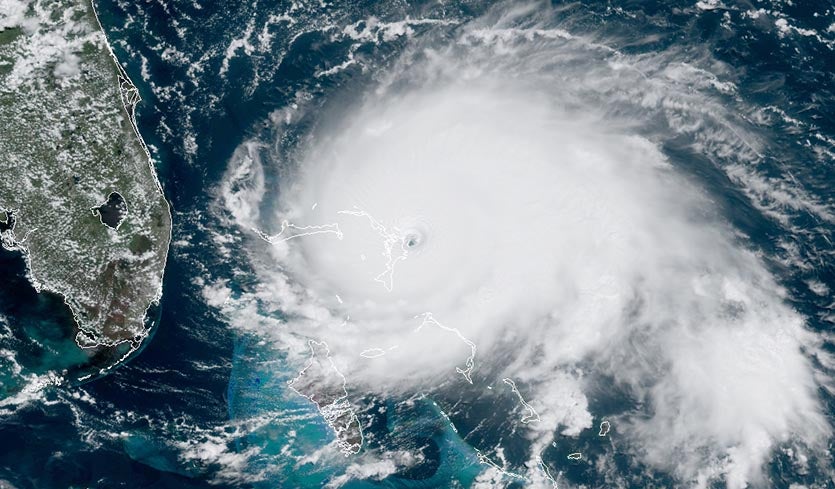 Where we are currently stationed, in northeastern Florida, about five miles from the ocean, with Hurricane Dorian out there — winds putting one in mind of the great Labor Day Storm [see post], churning slowly, with no one sure where and how it will move — the only certainty at this point is uncertainty.

Actually, there is a second certainty. You know the expression: “God only knows.” For sure.

Frankly, the storms they expect to be the biggest disasters often aren’t; the most severe ones often arrive as surprises — and cause damage in ways that can’t be projected (Hurricane Katrina was a minor hurricane as it crossed Florida, then erupted in the Gulf.)

We can vouch for the knowledge and goodness of these men, based on a visit and interviews there years ago, including with the director. In fact, one former director of the center became an outspoken evangelical. They have some Christians there.

Take Max Mayfield. “As the voice in the midst of the life-threatening storms, Mayfield himself relies on his Christian faith,” noted a Baptist news site a decade ago, when Mayfield was in charge. “He quickly recalls a verse he claims as his own: 1 Thessalonians 5: 16-18, ‘Rejoice in everything, pray without ceasing. In everything give thanks, for this is the Will of God in Christ Jesus concerning you.”

“Prayer is a big part of my life,” said Mayfield, noting that his prayer is not to change God’s Will but to ask Him to limit loss of life and property damage.

Mayfield’s composure during a stress-generating hurricane, he told the Baptist News, can be attributed to his belief in the promise of the peace of God found in Philippians 4:6-7, which he easily recites from memory. (“Don’t worry about anything, but in everything, through prayer and petition with thanksgiving, let your requests be made known to God. And the peace of God, which surpasses  every thought, will guard your hearts and minds in Christ Jesus.”)

Other than that, other than Bible-informed research, scientists are no match for a storm like Dorian.

We recall interviewing another Hurricane Center scientist from Homestead who used to go up in those surveillance planes. Though he had flown into Hurricane Andrew, he decided to stay with his son (his wife was in a hospital having a baby) and was nearly killed as a result, spending terrifying hours huddled near a refrigerator as much of his house blew apart.

They simply don’t know. All their computer models, instrumented flights, ocean buoys, radar, satellite images, software, and other fancy gadgetry can not come to terms with the complexity and unpredictability of our planet.

Only God can. He created it. God created nature.

Barometric pressure, upper level ridges or troughs. Wind sheer. Lack of steering winds. Bermuda highs. Pressure systems in the Midwest. The jet stream. Ocean temperatures. Is it better if it goes faster or slower? (Depends.) And the surge? (No one is sure whether it will hit at high or low tide.)

It is an endless list that in the end befuddles without His guidance. Only God is behind our right intuition. 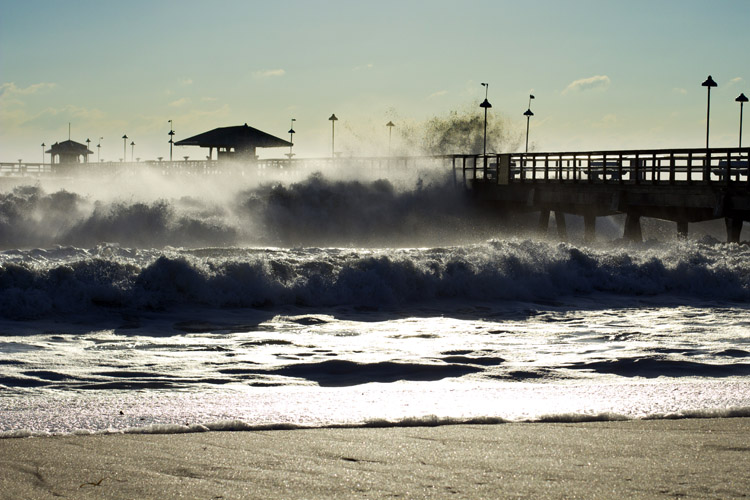 And so it is: Let us pray that it turn to the sea, not just off Florida but also Georgia, the Carolinas, and Virginia. Pray God. Invoke Our Lady of Prompt Succor. Every year a storm of special fury is now hitting, it seems (witness Hurricane Michael just a year ago, which devastated hundreds of square miles on the Panhandle, its forests and towns still looking like they had been hit with a nuclear weapon).

Only God knows. We are on a hurricane “watch.” The American government’s model of where Dorian will go shows one possible “cone.” The European (U.K.) model shows another. A cat-five? Or a four? There are so many models that they look like spaghetti. Let at least two of the lines intersect and form a Cross. 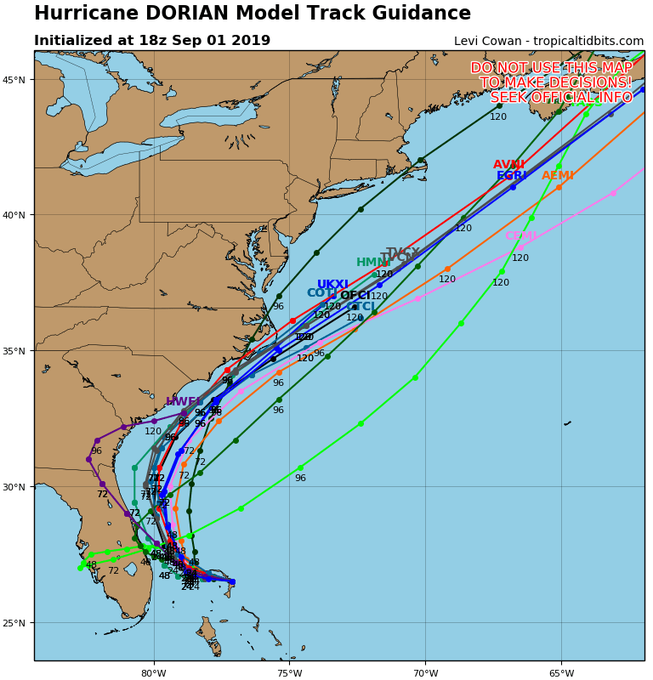 The animals — the birds especially — have a better fix on things, and are very quiet right now, here in north-eastern Florida, but for agitated crows and the insects at high dudgeon. The ocean is building, frothing. Officials weigh evacuations. Only through prayer will they determine properly; only the Holy Spirit can accurately inform them and us all.

[Note: power outages may cause some delay in updates]