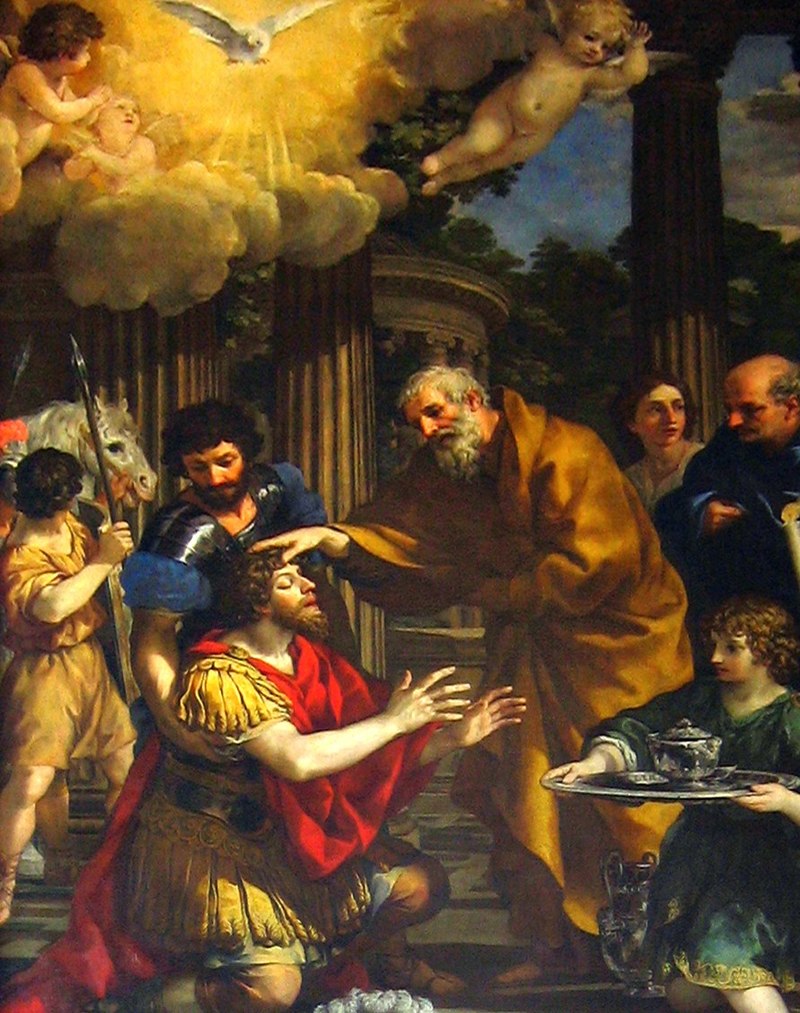 Recently we discussed Simeon, the apparently mystically-inclined devotee who in the Temple held and prophesied over the Infant Jesus. Very interesting figure, is Simeon (who some claim is buried in Croatia).

“Now there was a disciple at Damascus named Ananias; and the Lord said to him in a vision, ‘Ananias.’ And he said, ‘Here I am, Lord.’ And the Lord said to him, ‘Get up and go to the street called Straight, and inquire at the house of Judas for a man from Tarsus named Saul (Paul), for he is praying, and he has seen in a vision a man named Ananias come in and lay his hands on him, so that he might regain his sight.”

It is of course the account of Paul’s conversion on the road to Damascus, when the Light of Christ blinded him, and it’s fascinating, for apparently the disciple Ananias was familiar with the Lord’s Voice — had heard the Lord before (“Here I am, Lord”) — and also had healing gifts. (Don’t confuse him with two others named “Ananias,” a common name at the time.)

“So Ananias departed and entered the house, and after laying his hands on him said, ‘Brother Saul, the Lord Jesus, who appeared to you on the road by which you were coming, has sent me so that you may regain your sight and be filled with the Holy Spirit.’

“And immediately there fell from his eyes something like scales, and he regained his sight, and he got up and was baptized.”

Thus was the start of Paul’s astounding mission. Think about the fact that he ended up writing more than a third (perhaps as many as thirteen of the twenty-seven chapters) of the New Testament! Meditate on the wonderful ways he and other apostles were graced by persecution, as we, in this often hostile society, also are, when we pray, exercise His gifts, and stand firm.

But as for Ananias, getting back to this intriguing person: was he a mystic like Simeon (they are even depicted with a resemblance in some art), or was it simply that like so many other followers of the Lord, he was filled by the Holy Spirit for the specific task?

There are theologians who believe that Ananias was known as a prophet as well as one of the seventy disciples. 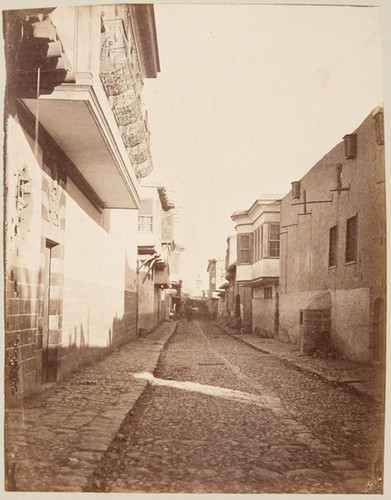 Fascinating it is, to look back, at Acts, and note how powerfully the Spirit moved, as He also can with us, when we trust and step out. Especially: where two or more are gathered. Especially, when we call out loud. Imagine yourself as a disciple. Move through this life as one. Pray each day to complete your mission. Exercise the gifts He has granted you. Nothing is more needed in the current Church than such infilling. How inspiring it is to read about the forces of the Good Lord!

Interesting is the tradition that Ananias was buried in the Shahar District of Old Yerevan in Armenia. This is one of the world’s oldest continuously inhabited cities. Very fitting.

And interesting it is: that street called “Straight,” as in the “straight and narrow,” as in straight to the Lord.