“How strangely can that miscreant enchanter, who is my enemy, transmogrify things to thwart me.” (Cervantes in ‘Don Quixote’)

In the realm of spiritual warfare, one can ask some questions about that old kids’ card game — and now new app rage — called “Pokémon Go,” which in Japanese means “pocket monster.”

We have always been concerned that, however cartoonish, and at times faint, there is an occult scent, a pagan tinge, to Pokémon figures — that like other “games” (see, “Ouija board,” or “Dungeons and Dragons”), what seems like just a game, can have subtle but profound long-lasting repercussions, inculcating the wrong spiritual perspective (and perhaps even a spirit).

In fact it is distributed by the same company as sent forth “Dungeons and Dragons,” a truly nefarious “game.”

That’s not to equate Pokémon with Ouija, which has been implicated in dozens of cases necessitating exorcism (and has been warned about by famous exorcists: implicated in the very case upon which The Exorcist was based), but to say, even vaguely, that it may be in the same category.

How subtle is Satan.

How gauche he thus makes those who notice such things feel and seem.

Cleverness is as much a trait of his as is deception.

Oh, how innocent it seems, hearkening back to childhood.

The word deception has its roots in the word “ensnare.”

Nothing like Ouija or “Dungeons,” at this point, that we know, but there have been players shot at (in our own city, two youths by a homeowner alarmed to see what turned out to be two kids in a car in front of his house at one a.m.), or hit by cars.

No mass catastrophes, but cases of trespassing onto precarious territory, robberies, and a young man shot to death just Saturday, in San Francisco, while reportedly playing.

This just in (ABC): “A pair of teenagers who disrupted a funeral at St Joseph’s Church in Brisbane last week are believed to have been playing Pokémon Go, reports Brisbane Times.”

Also (Fox News): “Relatives of 100 people killed in a 2003 Rhode Island nightclub fire and survivors are upset that the site is a stop in “Pokemon Go.”

And one notices the somewhat strange looks on faces of people photographed by playing this cellular “game,” during which, with the new incarnation, Pokemon Go, people (mainly young) race around to location cited by the app and seek to find a hidden monster who once collected gains them power.

Because the game uses local landmarks (through the wonders of GPS), and because churches are so often just such landmarks, Catholic and other Christian settings are often tossed into the mix, with Pokémon players traipsing onto parish property and even scaling fences.

Some pastors shoo players away.

Others consider it an opportunity to minister to those who would not normally wander into churches or are seeking statues that are Pokémon landmarks. (Officials at a Russian-Orthodox church in Vienna filed an official complaint with the makers of Pokémon Go last week after learning that players of the game could hunt a devil Pokémon monster called “Raa666” appearing in the middle of the Orthodox sanctuary.)

There is now, in one locale [see photo at top], a large Pokémon statue!

Nice image, this, to the left, from WorldNetDaily. All the devil needs is a crack, for his smoke to enter. 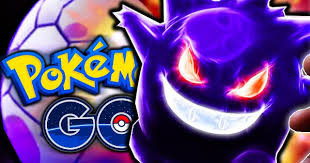 Rumors are spreading, according to another site, “that, in some secret corner of Vatican City, PokémonGO players can find the ultra-rare mythical Pokémon “god” Arceus.” There is also Abra, which is an alien-like psychic Pokemon.

On their screens, players of the viral mobile game see what you cannot: creatures that pop into existence alongside real-world physical objects.

“To collect Pokémon,” explains The Washington Post, “players walk to a location and spy them on their smartphone.

With an upward flick of a finger or thumb, as though playing the world’s tiniest game of skee ball, the Pokémon Go player attempts to capture these creatures with Pokéballs. Repeated captures of the same type of creature yield candies.

Feeding enough candies to a Pokémon causes it to grow in power. Powerful creatures battle at gyms, which are digital arenas located at real points of interest.”

Definition of monster: a creature that is typically large, ugly, and frightening.

On their screens,  adds The Post, “the mole-like ‘Diglett’ peeks out of a toilet.

A ostrich-like ‘Doduo’ appears on top of the hold button of an office phone.”

Everything that we do, whether it is a ‘game’ or not, trains us or conditions us in various ways.

For instance, occult organizations admit that one of their best recruiting tools is Harry Potter.

After reading the books or watching the movies, many have found themselves curious about the occult world.”

And frets an expert on the game, William J. Schnoebelen, “Like many video games, Pokémon is riddled with occult concepts.

Concepts like ‘magical stones,’ teleportation, ghosts, all-seeing eye, psychic power and using spirits to achieve results in the real world are all givens in this game realm. All of this is contrary to scripture.

The Pokémon games and comics, etc. teach what I have called a magic worldview that is completely opposed to the Bible.”

Oh, how so many who dismissed worries about Harry Potter — only to see a tremendous surge in teen witchcraft in the years following its release — now see the dark fruit; Benedict XVI once even sent a letter congratulating an author who exposed Harry for just such dark potential.

Is it also an opportunity to purge the area where the “monster” is “hidden”?

Might — just might — a bit of dark residue be left, in some instances, at places where, for instance, a statue is instituted or Raa666 is hidden?