Few Catholics even in Marian circles realize the extent to which the Virgin Mary has appeared through the centuries.

While it’s fashionable to say that official Church approvals are rare — just a dozen or less — the truth is otherwise, for those who look a bit deeper into history, especially that of France, Spain, Italy, and Germany, see that hundreds of such manifestations received positive appointment from local bishops in the days before legalistic pastoral letters.

When a miracle was reported — whether with a statue or apparition — it was typical for a bishop to lead a procession of the faithful to the spot, pray there, discern the atmosphere, and — very frequently — build a church or temple to mark the spot and encourage devotion.

It was largely in this way that the Catholic infrastructure rose in the Old World.

The same year of Fátima, for example, apparitions were reported at Chateau-Gombert in France and in Portugal itself at Barral (to a shepherd, of course).

The following year — 1918 — saw apparitions claimed, among other places, in the Diocese of Vannes, France (three children, as at Fátima); Turin, Italy (to an eleven-year-old);  and another back in Portugal — upon which we’d like to focus today.

That started on July 5 to a seven-year-old girl named Maria Joana and her friend Sofia Paulino at Monte D’Água de Pau at a spot in the highland where Maria, despite her age, often went to pray.

She and her friend saw a flash of light from which the image of a Crucified Christ formed, replete with Blood, they said. Soon the two youngsters also saw the form of Mary. 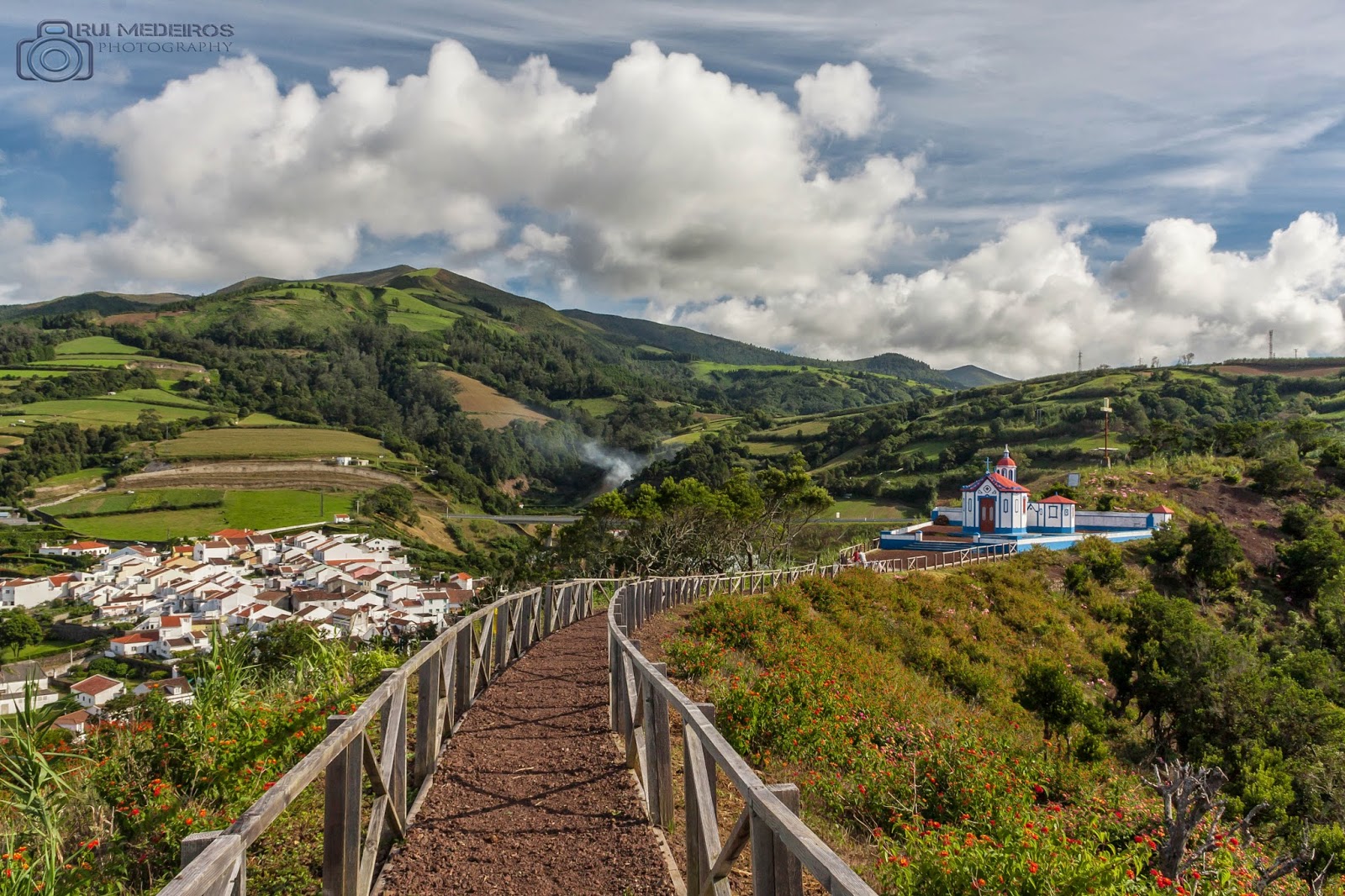 We have precious few details on this apparition, which isn’t even on apparition lists. Maria returned from her prayer spot saying that Our Lady not only had been there and spoken to her (though not to Sofia), but would appear again. The news, taken seriously — in the wake of Fátima — created a local uproar, with an immense crowd gathering at the spot on the appointed date of July 5, 1918.

Before six o’clock that evening, Maria announced that something would appear in the sun and soon those in the crowd were able to look at it without hurting their eyes, describing figures on the solar orb that put them in mind of the Blessed Mother, Our Lord, and angels. It wasn’t easy going. Because her wealthy parents were locally prominent and closely connected with the diocese, they were very wary of any claim to the supernatural (“burlesque religiosity,” some fretted), at this time when Fátima was still controversial.

But no one could keep the cat in the bag: virtually every newspaper in the Azores reported it, and Mary told Maria there would be a miracle so the people would believe.  According to news reports, more than ten thousand ascended the slopes to attend the July appearance, including “numerous serious and worthy people of all credit.” Even police became involved — and also became believers.

As happens in virtually every such case, however, there were skeptics, especially among local priests.

The concern of Maria’s parents wasn’t just over credibility. They were also taken aback when their child, now eight, told them she had asked the Blessed Mother when she would “take” her with her — when she would die — and was told that would occur when she was eighteen.

Years passed. Maria was an exceptionally prayerful child — disinterested in the things most youngsters find alluring. Eventually she took ill (on September 18, 1928) and died on October 6 at the age of eighteen.

A hermitage was constructed at the apparition site in memory of the events.

If there were prophecies and further messages, we have not yet been able to locate them.

As one chronicler put it, “Science over and over tries to overcome religious phenomena that it does not want to accept as science, but the supernatural, because it is superior to the natural [upon which science is predicated] never allows the mystery to be unraveled, precisely because it is incomprehensible.”