There it was, directly from Mary’s mouth, one of her most powerful messages in years, on a great feast, the Annunciation, at the major apparition site of Medjugorje, the initial phase of which has been authenticated by a formal Vatican commission.

“Dear children!” the Blessed Mother intoned. “I am with you all these years to lead you to the way of salvation. Return to my Son; return to prayer and fasting. Little children, permit God to speak to your heart, because Satan is reigning and wants to destroy your lives and the earth on which you walk.

“Be courageous and decide for holiness. You will see conversion in your hearts and families; prayer will be heard; God will hear your cries and give you peace. I am with you and am blessing you all with my motherly blessing. Thank you for having responded to my call.” 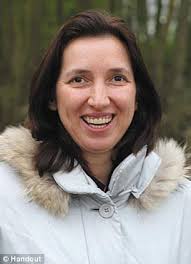 Coming at what may be one of the most important or at the least one of the strangest junctures in world history, it was loaded — was this monthly missive, Wednesday, to seer Marija Pavlovic Lunetti — with drama. “Prayer and fasting” was how Mark 9:29 phrased it before the “fasting” was removed from most Catholic bibles by scholars.

That Mary was asking us — humankind, especially Christians, and most particularly Catholics — to “return” to fasting means, by and large, that we have been neglecting it. (Restaurants were full; now they are empty.)

Powerful words. Authentic ones. We ignore them at our peril.

No human concocted them.

Now, the hour grows late for those on the side of Jesus.

Satan is at the helm of human systems, of the societies of mankind, of cultures, she is warning, again, at Medjugorje, the first apparitions of which were authenticated by a panel of five cardinals, an archbishop, and seven other clergy of four years of intense investigation.

“A great struggle” was “about to unfold,” she said in those early days — when she likewise had warned that Satan “reigns over the whole world” (1987). With each year since, we have drawn closer to the apex.

For the devil wants to “destroy your lives,” Our Blessed Mother tells us.

“Satan is reigning and wants to destroy your lives and the earth on which you walk” is an allusion to destruction not just of human lives, but the physical world that our Good God, in His genius, in His beauty, and Power, in its wonderment (and ecology), created. 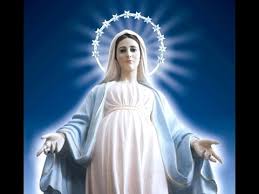 And so we mull it over at this time when meddling with and destroying nature is causing tragic effects around the world, perhaps even in the way of a virus that may have originated with exotic animals stripped from nature and sold on Chinese markets as delicacies (or in a laboratory).

Materialism. Hatred. Abortion. These are his markers. So are lying, chaos, and division. Degradation of the environment. Satan reigns through these.

To repeat: the hour grows late.

When we fast and pray from the heart, God speaks to our hearts; we are not misled. Many today, whether liberal, moderate, or conservative, rich, middle class, or poor, have been hoodwinked by the evil spirit, who, the Blessed Mother says — in a phrase that should jolt all sides — “is reigning” [which means he is in charge]. Sister Lucia dos Santos of Fátima warned in the 1940s that we were in the midst of an epic “decisive” battle against the devil, and as she pointed out eighty years ago: a decisive one means one side or the other wins.

Careful about worldly views. About chaos.

Careful not to neglect the interior life. (Be strict!)

Only with prayer and fasting will the truth come to you; will you have clarity; and only with truth comes peace and health.

[resources: Tower of Light  (messages about the world and nature) and Queen of the Cosmos (about the secrets)]

[Footnote: On January 25, 1991, the same seer received a message that said,“Dear children! Today like never before I invite you to prayer. Your prayer should be a prayer for peace. Satan is strong and wishes not only to destroy human life but also nature and the very planet on which you live.” Saint John Paul II, Benedict XVI, and Francis all have strongly written about the critical need to protect nature.]

[Afterword: Let us pray: Begone, Satan, in the Name of Jesus. Begone, the blinders you bequeath. Begone, deceptions which have deceived those who in their goodness seek holiness and truth but have done so without adequate: prayer and fasting. Lent offers the chance to see from the Cross, through the Eyes of Christ. But: we must sacrifice with Him.]