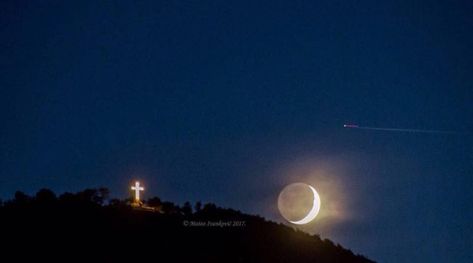 A leaked report from the commission that studied Medjugorje contains surprising and at points startling conclusions, if initial translations are accurate — criticizing aspects of seer conduct but presenting a far more positive picture of the apparitions than most close watchers of the situation hoped for or anticipated.

The full report was given to an Italian journalist, David Murgia, and has already been bound in book form in his native language.

Perhaps never before in the history of what it calls Mariophanies, including those of Lourdes, Fatima, and Guadalupe, have there been higher-ranking clergy on an investigative commission. Five cardinals, an archbishop, three monsignors, and four priests composed the thirteen members who studied the site in Hercegovina for what it described as four “intense” years. In addition were three prie

sts and a nun who served as voting experts, bringing the tally to seventeen, though the number present for ballots (votum) at times varied.

Thus, thirteen of 15 votes present for what was a secret ballot discerned in favor of Mary having appeared there — more than even the most optimistic expected. The commission, empaneled by Pope Benedict XVI in 2009, described the first apparitions as founded on “indisputable evidence.”

In another surprise, the Vatican report — likely the most in-depth such investigation in the history of Marian apparitions — strongly rebuffed those who have called Medjugorje diabolical, concluding in unequivocal verbiage that “the hypothesis of a demonic origin from the beginnings of the phenomenon appears gratuitous and unfounded.”

“On the basis of data, the International Commission considers that it can affirm with reasonable certainty that the first seven apparitions prove to be intrinsically credible,” it said, noting the devotion, renewed sense of belonging to the Church, “huge” number of Confessions, and miraculous healings there. That first week, it said, is “not reducible to human dynamics only,” but instead has “a supernatural origin.” 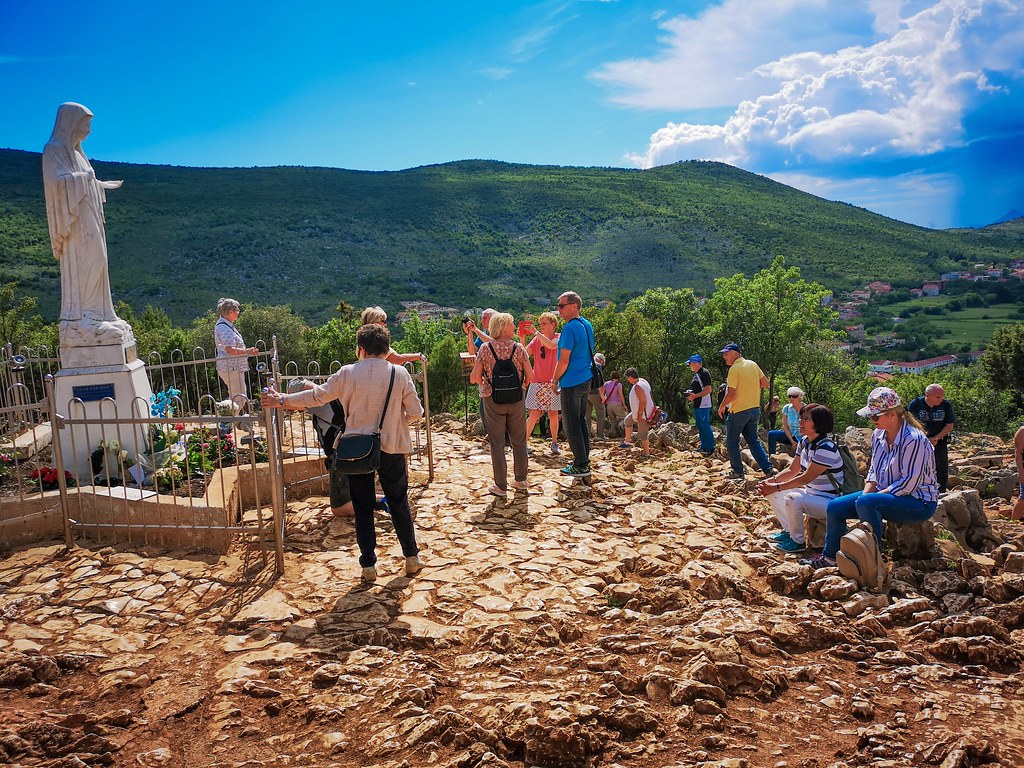 It is with the apparitions subsequent to the initial week and a half, when the apparitions moved from Mount Podbrdo (Apparition Hill) to the parish house, and later the sacristy, then elsewhere, including private homes, that the situation becomes less clear, it concluded, falling into what it described as “rarefaction” (lessened density). On these subsequent experiences the commission decided in effect not to decide, further describing the apparitions as becoming “privatized” (individually experienced) and making it all but impossible to evaluate them as an entirety. Twelve members and experts said they were undecided. Two voted that they were constat de non supernaturalitate — not supernatural.

But even here, the commission — which noted Communist attempts to misrepresent and confuse the matter — said that “in concrete terms, the subsequent history to the first seven alleged apparitions offers attestation of multiple Gospel fruits,” including conversions and vocations to the priesthood.

Ruling out fraud, it said “the succeeding thirty-year history since the original events” — while not as powerful as the first Mount Podbrdo appearances, and dispersed to such an extent that a ruling of supernaturality could not be made (with seers often even in different countries) — “has spread so far and in such depth as to exclude an individual or mass manipulation.”

It also noted that the most powerful experiences occur not as the result of proximity to seers — whom it says should be less public and better controlled — but of visiting Medjugorje itself. “Regardless of the behavior of the alleged visionaries,” said the report, the effects of the phenomenon since the initial week and up to the present were considered by five members and experts as “positive”; six members and experts as “mixed, mainly positive”; and three members as simply “mixed.” None deemed the effects of the more recent apparitions negative.

The commission urged that the seers halt attendance at conferences without specific approval of a bishop and strongly recommended that each be assigned a spiritual director, guidance it emphasized has been lacking. “With this vote, the collegial reflections on the effects of the Medjugorje phenomenon are closed regardless of the alleged visionaries,” says the report — thus negating key arguments of those who have sought to dismiss Medjugorje based on certain visionary conduct. Its key concern with the seers, said the report, was “their search for profit.”

Indeed, like virtually all others in the village, visionaries at Medjugorje took to building pilgrim houses from which they have realized substantial income. “Yet this ambiguity,” says the report, “rather than being located on the side of immorality, is found on the side of the structure of the person, often lacking a solid discernment and a coherent orientation, and also because an available and steady spiritual guide [from either the Mostar diocese or the parish Franciscans] has been lacking to them in the course of these thirty years.” At several points, in a surprisingly harsh assessment, the report singled out one visionary as constituting a special problem when it came to profiting from the circumstance and accused the seer of “lying.”

It is not clear why the visionary was cited in a special way, since all the seers are attached in some ways to pilgrimages. It raises the question of whether, as in Kibeho, Rwanda, where three of seven seers are officially recognized, the Church might eventually deem some of the Medjugorje seers authentic but not include them all.

The report also hit the Bishop of Mostar, whose attitude, it said, “makes adequate pastoral care of the phenomenon impossible.”

It was for that reason — but even more so the “supranationality” (international nature) of the situation — that the commission, in a report read closely by Pope Francis, recommended taking Medjugorje out of diocesan control and placing it directly under the Vatican’s wing, which indeed now has been done with the assignment of a special Vatican envoy — an archbishop — to Medjugorje. 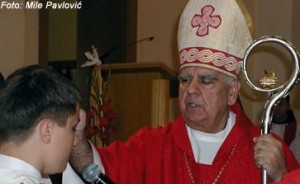 So taken aback was the commission at the local bishop’s handling that it went so far as to mention the possibility of a separate diocese for Medjugorje (an extraordinary possibility with no precedent in Marian apparitions) or even transfer of the antagonistic bishop, Ratko Peric, of Mostar, away from the situation.

Thirteen of fourteen present for another ballot voted that a pontifical shrine be erected in Medjugorje either now or in the future, with just one commission member opposed. The commission also recommended enlarging the size of the parish church, which currently holds about six hundred (counting standing room), with rumors that a basilica will be built on a field next to the current church, known the world over for its twin towers.

The report says that “as is clear from the first part of this report, the alleged visionaries have appeared substantially credible in their witness of the first seven apparitions, and also through the succeeding alleged apparitions, it does not seem possible to deny their subjective good faith, independent of judgment on the reality of  the event. This positive evaluation, however, does not extend to [we are redacting the seer’s name], on whose credibility serious and demonstrated reservations have emerged.” 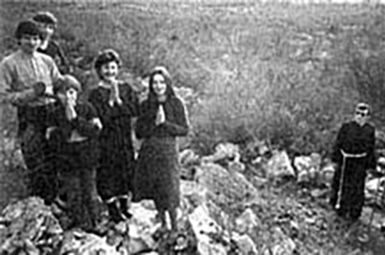 The focus, it emphasized, should be on Medjugorje, not visionaries. The report added that seers should decline invitations to conferences without “the prior consent of the local ordinary. These indications apply in a special way to [name of seer redacted].”

“Church authority must keep watch over the economic activities [quaestus lucri] of the alleged visionaries,” said the report. It also noted that “secrets’ at Medjugorje given the six seers and the “life of Mary” as dictated to another of the visionaries “cannot enjoy any ecclesiastical approval.” (Even the meditations of saints on the lives of Jesus and Mary are not formally accepted.)

While all the seers realize income, directly or indirectly, from pilgrims, they were simply following the overwhelming economic transformation of Medjugorje and surrounding hamlets from farming communities — tobacco and vineyards — to a pilgrim center.

The commission obviously recognized that the visionaries had little choice — neither the parish nor Vatican had designed for them a way of meeting their needs at the same time they were receiving millions of pilgrims.

This is a frequent dilemma historically. At LaSalette, both seers in the end were castigated by Church authorities but the apparition was verified as authentic.

While the Pope has not made a final pastoral judgment, and is not likely to while the apparitions continue, it appears that this report will be the definitive reference point and that, barring unforeseen developments, Medjugorje one day will meet with full ecclesial approval.

Which seers are included is likely to depend on personal sanctity. They are visionaries who, we can now say without restraint, based on the report itself, may have made missteps (including the one singled out), but are in general excellent people and who, by virtue of the official Vatican report, indeed saw the Virgin Mary and (in our view) still do.