Nurses often are on the front line not just of health care, but of spiritual warfare.

While doctors may largely express skepticism, rare is the nurse — at least in our experience — who doesn’t have stories of hospitals and strange goings-on.

And it is “warfare” because it sometimes involves the dark side or, at least, unnerves them.

In fact, a major nursing website, (www.allnurses.com), has an entire blog dedicated to supernatural accounts from nurses; as of this writing, it has 2,571 entries.

“The best I have heard is from a nurse who said that one night she was floated to oncology at the hospital she used to work at,” says one. “She was given a patient who was passing away and had been unconscious for several days.

“At one point during the night the nurse went into the room and the patient was at the top of the bed and looked at her and said, ‘Don’t let them take me!’

“The nurse was freaked out and asked her who was going to take her and she said ‘that black thing up there’ and pointed up in the air. This patient died within minutes…”

Another comes from a nurse named MaryAnn.

“One night I was caring for a dying male patient,” she blogged. “He was scared and I spent quite some time with him, trying to calm and reassure him.

“Eventually he calmed and I left his bedside and went over to the nurses station which was about fifteen feet away.

“As I sat down I glanced over to him and there was a black shape standing over the bed, looking down at the patient. I was terrified, and am sure it was something evil.”

(Thus do we appreciate the need for sacramentals — medals, crucifixes, Blessed Salt, and Holy Water — at hospitals, nursing homes, sickbeds, or hospice.)

A doctor we know recounted how during a blizzard-like snowstorm in New Jersey the nurses had to stay overnight, sleeping in an abandoned wing. He said they were so frightened that the next day (this in Newark) they refused to talk about it with co-workers. 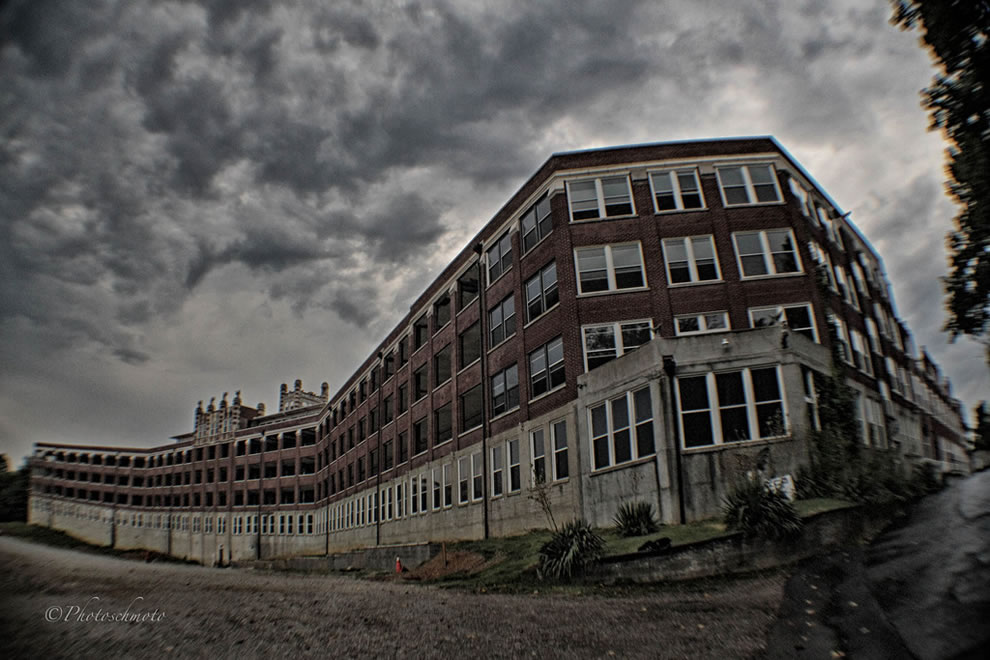 “We have a white figure that has been seen in the medicine room, sometimes the carts are moved down the hall while you are in a room giving meds, etc.,” is another of the nurses’ entries. “One of the male CNAs [certified nursing assistant] reported seeing a very tall black figure going from room to room several times.

“We have all seen balls of light floating around. From what we have been able to gather from old pictures of the property that the nursing home is on what was a mobile home park at one end and a cemetery at the other end of the building. Everyone has seen a little boy walking around but the freakiest part was when they saw wet child foot prints coming down the hall and followed them to the wall and there were footprints in the snow outside that came right to that place in the wall.” 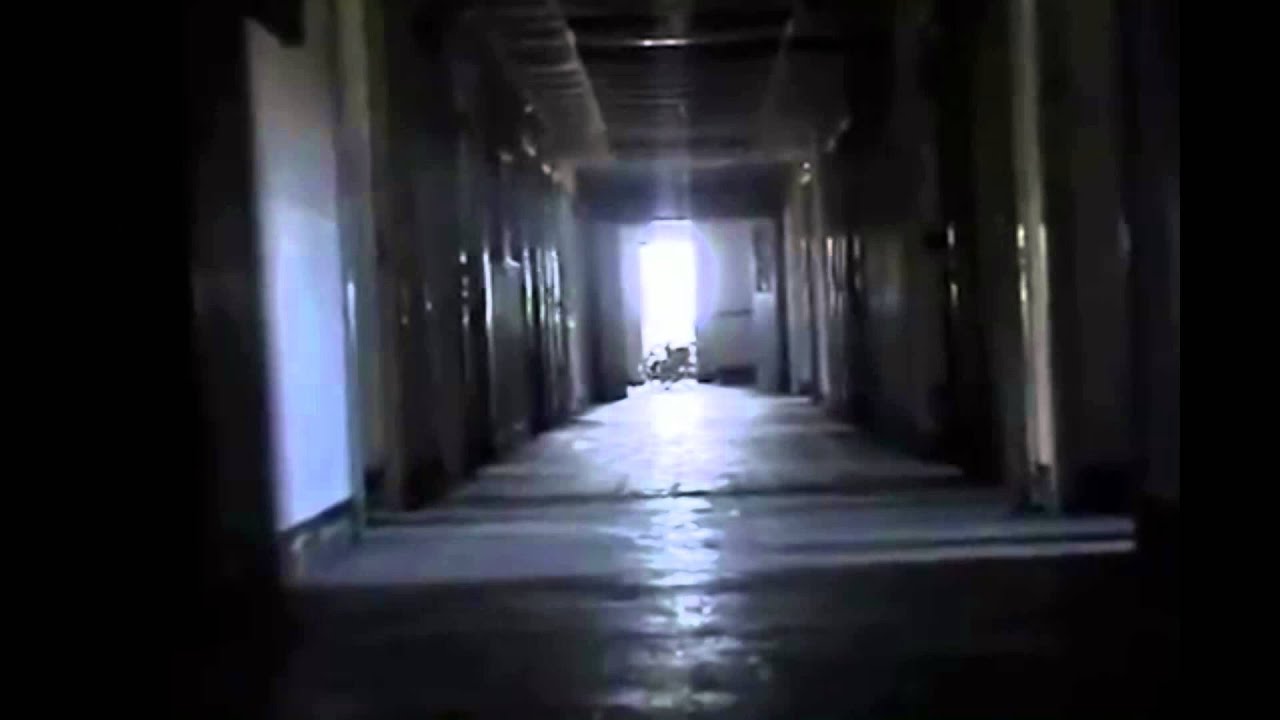 “I used to work in an old labor and delivery unit,” commented another nurse. “It was a small hospital, so often times I was back there by myself.

“I liked to keep the lights low and things quiet back there, so naturally I heard a lot of creaks and groans.

“There was a whole back hall unused, there was also no access to it accept by me.

“I could hear metal objects clanging, and doors shutting. Sounded like somebody was getting ready for a c-section. I could always sense something there with me, it seemed. There was also a back room on the med-surg floor that was never used. It was a patient-room-converted-to-a-storage room. And it was strange. Call light always going off, and nobody near it… Whole hospital had a creepy aura…”

At the same time that recognizing evil or any other kind of negative spiritual presence is important, there must be balance. For focusing on darkness can attract it.

Light comes when we focus on Jesus instead. (He must smile with sympathy when He sees how terrified we often cause ourselves to get — and yet how easy evil can be to dispel.) 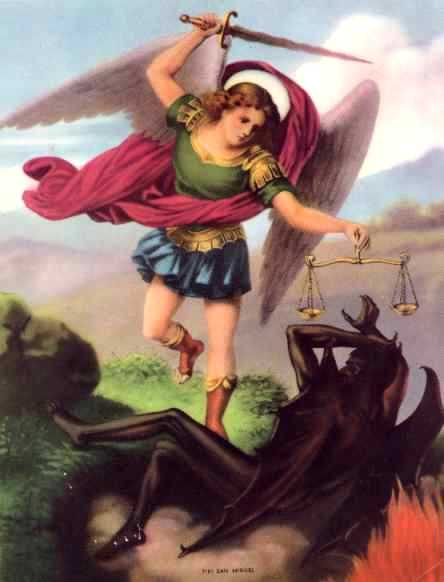 But darkness does exist — is a part of life on earth — and it can be a challenge to remain undaunted.

There is peace, it is so often reported, at the hospital bedsides of devout folks. And no fear.

“Years ago when I was working nights at a LTC [long-term care] facility, there was a resident who was a former nurse and she used to make rounds with me. She was still hale and hearty at 100, and she had so many stories! But one night as she followed me on my rounds, she began to talk about her children, all of whom had predeceased her, and mentioned that she had seen them recently; knowing her to be of sound mind, I got a UA [urine analysis] just in case a UTI [urinary tract infection] was making her loopy.

“She didn’t have one. But she continued to talk about the conversations she was having with her oldest daughter, and finally one night she called out to me from her room: ‘Look, here she comes… she’s coming for me!’ Her voice was full of joy. Then, silence.

“I ran to her room and there she was, dead. She had the most amazing smile on her face, though, and I could feel a presence in the room as if someone had really been there. Maybe they were…who knows? All I know is that she was happy as she passed away. I’ll never forget it.”

[resources: The Spirits Around Us, The Other Side, and An Army in Heaven]

[Footnote: As far as hospitals: it’s easy to rationalize why they are a magnet for spirits. People in hospitals are often nervous and frightened due to their illnesses. This creates an energy that parasitic entities might use, one can hypothesize (submitted only for discernment).

People bring their own demons to hospitals, and when they are ill, these spirits exacerbate the illness (if they have no caused it to begin with). Many different kinds of people have been in hospital rooms — from holy old women to young addicts and violent criminals or those into witchcraft. These bring a dynamic. Many die in hospitals. Their spirits may linger, if they have not gone to Christ. And as folks are dying, spirits may be taking a final stab at those on the threshold. It is why the Hail Mary ends the way it does. When we pray, that darkness disperses.]