The other day, the New York Post carried an article with a headline that said, “Residents of Haunted Michigan Town Say It Was Like ‘Living in Hell,” and began: “Homes and historic hotels are often reported to be haunted. But one entire Michigan town, some say, is under a spooky siege. Documentary filmmaker Steve Shippy heads to old farming village Merrill — population 735 — to explore the sinister spirits that have reportedly been torturing residents since the 1970s.

“During the premiere episode of the new series, ‘Haunting in the Heartland,’ one family reveals to Shippy that they were forced to leave their house in the summer of 1974. They had suffered through six months of unexplained banging — even the FBI and a seismologist couldn’t determine its cause — and several spontaneous fires.”

We don’t recommend watching ghost-hunting shows — quite the contrary. Spirits can be imparted through electronic media (and, for that matter, any other form of communication).

But let’s take a look at this notion that an entire town can be spooked — specifically, by incendiary phenomena.

It was around the world, in Sicily, that the most baffling, and sinister, and frightening, case would unfold . . . two days before Christmas, 2003. 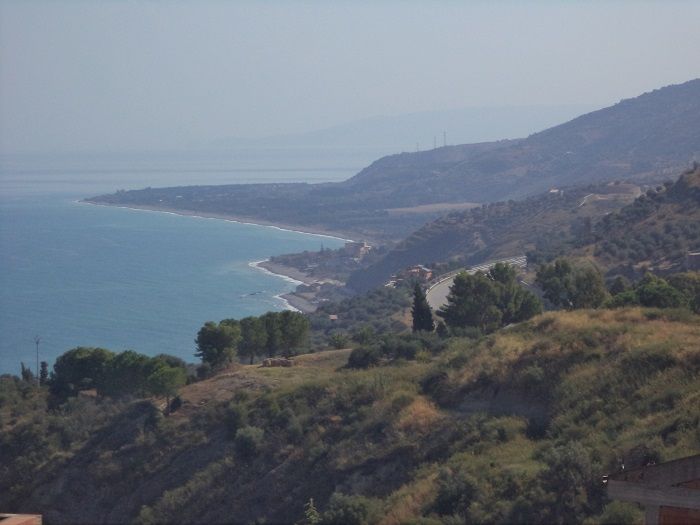 That was when, during dinner, a resident named Antonino Pezzino in a small fishing hamlet called Canneto di Caronia on the island’s northern coast discovered a fuse box in his house engulfed by flames. This one could fathom: glitches do occur in things electrical. It seemed like a normal, if unwelcome, eventuality.

Or was it? Several days after, the television, a kitchen fan, and other appliances caught fire. Defective wiring?

That seemed plausible enough, though the extent was curious. For in the weeks that followed, little infernos likewise afflicted Pezzino’s parents, aunts, and cousins, who lived in five attached homes. The wiring was changed. The stoves were checked. The fires continued. This is where it gets very strange. Reported The New York Times, “Fuse boxes then blew in houses all along the Via Mare. Air-conditioners erupted even when unplugged. Fires started spontaneously. Kitchen appliances went up in smoke. A roomful of wedding gifts was crisped. Computers jammed. Cell phones rang when no one was calling, and electronic door locks in empty cars went demonically up and down. Before long, the mainly Roman Catholic populace professed to see the hand of the devil at work, turning their postcard-perfect paradise into a place possessed of evil, embers, and ash.” 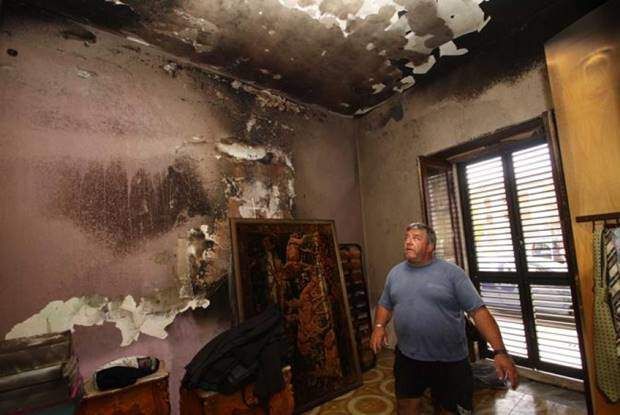 Was it the electric grid? That was a question for ENEL, the national electric and gas provider—which cut off power to the homes. Yet, even with the central source of electricity off—guaranteeing that stray energy was not the issue—the entire village now seemed subject to an unseen immolator.

The story was told of a burned bathroom water heater and furniture pushed to the middle of the floor, away from electrical sockets. On a wall was a portrait of Padre Pio. “Before long, the mainly Roman Catholic populace professed to see the hand of the Devil at work, turning their postcard-perfect paradise into a place possessed of evil, embers and ash,” said The Times.

Odd it was how throughout the community (as another publication, Atavist Magazine, put it), “metal, plastic, and insulation all burned . . . outlets burned red hot through the holes—cords lit up like sparklers, an electrical motor melted. Appliances rebelled against their owners.”

From January to March, there were more than ninety fires! Mattresses caught fire as villagers slept on them. What do you say into a cell phone that rings when it’s off? For all the investigating, it seemed immediately obvious: a case of demonism.

During the second week of February, one neighbor sought refuge at the police station when his shoes went up in flames.

Move in investigators—first from the public prosecutor’s office, soon from the National Institute of Geophysics and Volcanology—for this is a region famous for eruptions of lava that can cause a charge of electricity. During volcanic episodes, lightning is often seen amid the smoke. And all this was true, except for one wrench in the theory: there was no recent evidence for unusual volcanic activity of any kind in the region.

But could it not be that hot lava moving without detection underneath was unleashing enough ions to upset wiring? “The internal forces of the earth cannot cause reactions of this magnitude, and especially in a tiny area,” said the president of the institute after investigating a possible seismic source. At the Italian Center for Electro-technical Experimentation in Milan—Gianfranco Allegra concurred: ‘‘No one knows what the cause of these fires is. They are inexplicable.’’ Those who sought a superstitious explanation could be excused for noting that historically, the area was named, on maps, as “Devil’s Valley”—due to vampire lore. Lo! 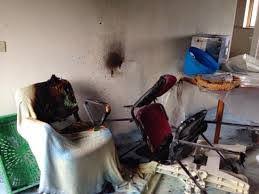 Residents had to be evacuated. Their sooty furniture sat along streets. Was it gas from magma? The antenna on a car heated to the point of cracking the windshield.

Compasses spun. There didn’t really seem to be a geothermal justification. How about military experiments? NATO and the U.S. Navy were known to conduct exercises in the Tyrrhenian Sea, upon which Canneto di Caronia sits. The problem: electromagnetic emissions would not be able to cause the type of fires logged in this wearied community.

If it was a laser, the question was why it didn’t burn the exterior of homes as well. Those who thought of secret weapons—and they are out there, perhaps directed by satellite—were caught off-guard, however, when tubes and pipes in town began developing holes, flooding homes now with water. A new research group, formed by the national government hurried to Canneto di Caronia and just as quickly excluded a natural cause.

Strangest of all: when the investigators surveyed the region by helicopter, something hit several of the rotors, causing clear dints in the blades . . . as if thrown upward . . . from the village. They also reported what were perceived as strange objects in the sky—ones that would disappear, in the words of the team coordinator, “with great speed.” Drones? Not likely.
Finally, after sporadic eruptions for several years, the fires halted as inexplicably as they had begun—for a period.  Extraterrestrials? 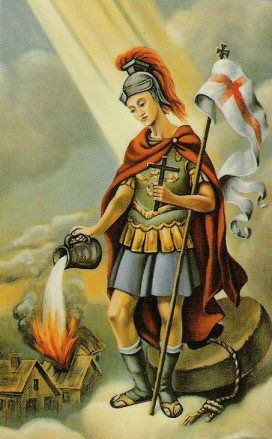 A leaked government report concluded that “aliens testing secret weapons” were responsible. That’s how baffling it was: many began pointing fingers upward! The new report—which cost the Civil Protection Department two million dollars—also cited a possible UFO landing close to Caronia where “imprints which have not been explained were found in a field.”

What about a simple arsonist? Possibly. One young man, aching to capitalize on the fanfare, set a number of them (to keep the fanfare going). Experts knew that while some of the fires rekindled in 2014 were set, a single person or even team of arsonists could not have caused all the effects that were witnessed in 2003—fires coming as fast as anyone could put them out, in various parts of town, eighteen in forty-eight hours.

This led a city council member to declare that it was the work of an “entity” that transferred “from one house to another.” Invoke Saint Florian!

Whatever it, he, or she was, it was relentless: one television set caught fire five times. An unplugged hairdryer caught fire. Balls of light had been reported during broad daylight. . .  The mayor of Santo Stefano, who witnessed many of the fires, could be excused for saying he was “filled with doubts”. . . over the arson explanation.