Controversy and debate are at every turn in spirituality, including, of course, mysticism.

One point of discussion — and sharp debate — is spirits of the deceased. A good number of questions hover about this topic, particularly at this time of the year.

First of all, many are those who don’t believe they can linger — that once deceased, a person goes directly to Heaven, hell, or (likeliest of all, by far) purgatory: If there is a paranormal “manifestation” (bumps in the night, ghostly apparitions, disembodied voices), this, say many — including some exorcists — is demons in masquerade. Thus the caution never to communicate with them.

Others in deliverance and exorcistic ministries say they frequently have encountered disincarnate humans: those deceased who have refused to go the Light of God, often out of fear or earthly over-attachment to a person, place, or circumstance. Accidents, incomplete tasks, and crimes tend to “hold” spirits, they say.

Take this controversy a huge step forward and enter someone like Wanda Pratnicka, a non-Catholic psychologist and “exorcist” from Poland who wrote a tome, much of which we question, but which also one at times may find interesting, called Possessed By Ghosts. The short of it: Pratnicka believes that deceased humans, like demons, can influence, infest, or even possess the living. And not only that, but that such disembodied spirits can transmit the illnesses they suffered during life to the person who is infested.

We are reporting this only as fodder for discussion (and of course debate). We fear this strays into the occult and spiritualism. Take what, if anything, is good and leave the rest, says the admonishment we tend to follow (1 Thessalonians 5:21).

“A person constantly thinking about illnesses will attract a ghost who suffers from the disease they most fear,” claims Pratnicka. “When we are completely well, ghosts have no way into us; if, however, we let just one infiltrate us, then others have an open road in. There can be a multitude of them. If, during its life, a ghost suffered from some disease, then the person possessed by it will suffer from the same disease. In this way many diseases can find a home in the same person. When a ghost takes control over a person’s body, the disease will appear along with the domination.”

“It does happen that a ghost will stay behind of its own volition,” Pratnicka insists. “It makes no difference at all if the ghost decides to stay or if we in some way restrain it. Sooner or later it will hook up to some living person or, worse still, will enter the person’s body. If, when it was alive, it was ill, then it will continue to be ill as a ghost. The ghost’s first reaction, for various reasons, is to be drawn to members of its own family. When a ghost penetrates us or one of the members of the household, it is, to begin with, almost imperceptible.” 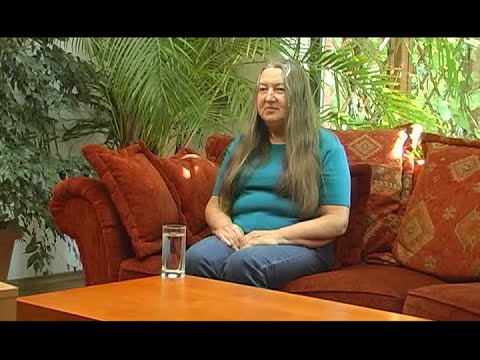 Researchers like Pratnicka, who has spoken at places such as the Copernicus Center in Chicago, contend that we give many medical and psychological labels to afflictions that are spiritual — and to that notion there certainly is merit. Interesting it is, the idea that “if we let just one infiltrate us, then others have an open road in.” Think: Gadarenes. How would a modern psychologist diagnose the poor fellow from the tombs? Would he not be seen as schizophrenic or something of the sort?

Yet, he was freed and healed not through psychotherapy (nor an “exorcist” like Wanda) but when Christ cast the spirits out and into the swine, as He also can cast anything in us out.