Rob Miller certainly has a story to tell.

You couldn’t get much deeper into the occult than he did.

During a stint of twenty-seven years, the Missouri man had seen or brushed up against it all.

Miller even owned an occult bookstore-ritual shop in St. Louis. (One of his own possessions was a “nganga pot” (caldron) used by ritualists to “trap demons,” storing them for future use (as if humans can trap demons). Into the pot, before he owned it, had gone sacrificed animal and possibly human blood, a human neck bone, graveyard dirt, herbs, and assorted other delights.

We’ll let Rob explain it, as he does in a well-wrought, fascinating new book, Satan’s Trap, which he advises (as do we) be read after reciting the Saint Michael Prayer in the back of the book (which has a number of powerful deliverance prayers). Holy water doesn’t hurt either. (Rob now directs Saint Michael Ministries, based on freeing troubled folks from the dark side. Always pray and fast before reaching out.)

As the former dark practitioner himself says, “I should mention at this point that most occultists find the Catholic religion of great importance as it can be traced directly back to Jesus’s Apostles. Most occultists know this, and that is why Catholic churches are burglarized and Catholic religious implements are stolen.” Indeed.

This is a fellow who held seances — channeling spirits — and on top of everything else, was a Master Freemason.

Nearly three decades — but pulled from it all triumphantly.

Before he was, however, there were certainly frights. At one point, in an old Victorian house, Miller woke up hearing the rocking chair going back and forth. At first, he thought it was a young girl in the house, but when he stepped into the room, he noticed a glare coming off the head of whoever or whatever was sitting in the chair. “The glare appeared to be coming off a pair of horns,” he recounts, for our consideration. “A goatlike creature with red eyes was staring back at me while rocking back and forth. When I got within about seven feet, it disappeared.”

There was that sort of phenomena — and more.

He was brushing up against or even friends with occultists who bragged about things like casting death spells or even committing murder. A very high-ranking, nationally-known satanist lived in the St. Louis area.

Not to be taken lightly, no. And the Church knows this. “The whole of man’s history has been the story of dour combat with the powers of evil, stretching, so Our Lord tells us, from every dawn of history until the last day,” says the Catechism (406).

“The devil loves darkness,” added Saint John Bosco. “He always operates in the dark because he knows that if he is discovered, he is beaten.”

The evil one, said Pope Benedict XVI, “is a puzzling but real, personal, and not merely symbolic presence.” Good it would be if more homilies and Catholic websites took note of this.

Under severe attack, with menacing black shadows around, and extreme mood swings, Rob spoke with a friend named Lynn — a devout Catholic — and she anointed his head with oil that had been given to her by the well-known, charismatic priest, Father Peter Mary Rookey (who died in 2014 at the age of 97). 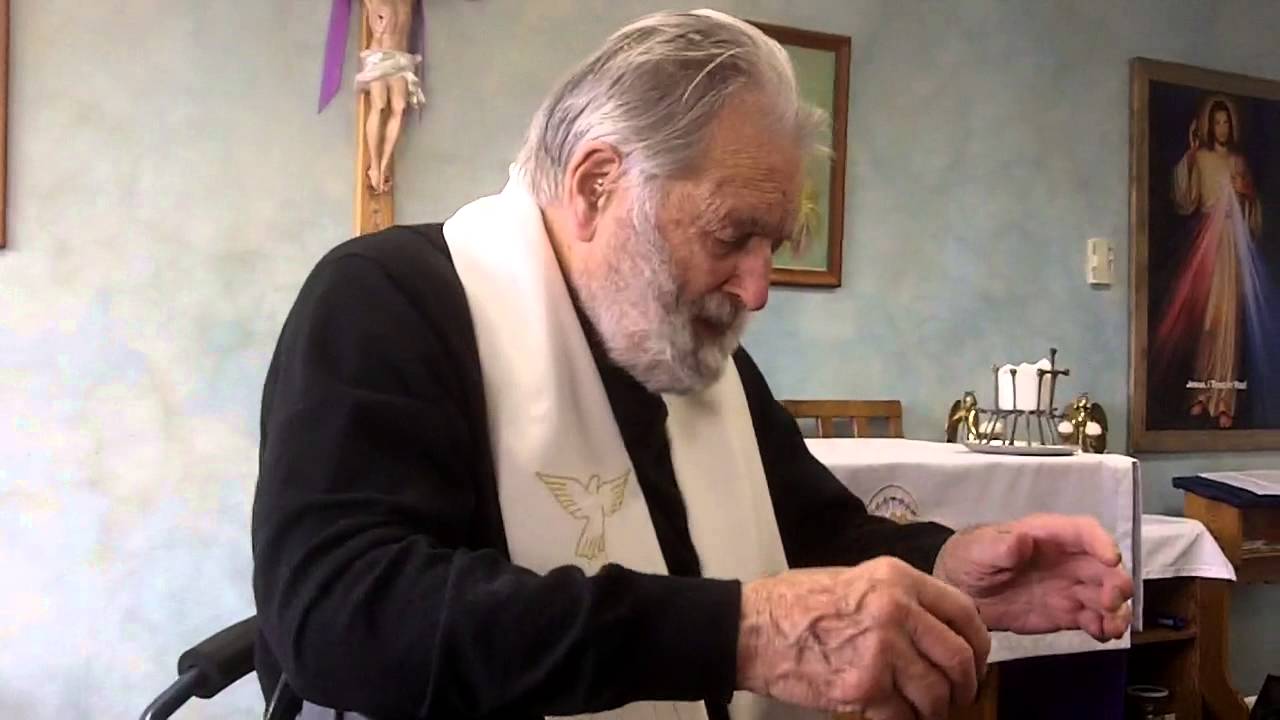 He was a powerhouse and the anointing calmed Rob. But still he struggled. Through his mind whirred images of people he knew, folks who possessed things like chicken-blood-covered statues and invoked curses with them. Paranoia hit Miller “like a freight train.”

One can go on. We’ll not spoil the book. The upshot: his wife, beside herself with all that was transpiring, and not willing to incur any more attacks (truly dangerous threats), told him “that someone from the local parish was going to Lourdes, France. They asked anyone who wanted their petitions carried there to write them and bring them to the parish office. I thought, ‘Why not?’ After all, I was at the end of my rope. I wrote out something along the lines of ‘Blessed Mother, please heal me of this demonic influence. Please get rid of it.’ I signed my name, placed it into an envelope, and took it to the parish office.”

A week later, Rob had a “wonderful dream” of the Blessed Mother looking down on him with a smile.

When he awoke, Miller thought he smelled flowers, though there weren’t any around. And he felt “better than ever.” He later learned that his petition was at Lourdes the day before this occurred. (You too can send a petition at link below.)

Around the same time, Rob’s mother — who had worked with him in his occult store — was going to Chicago to see Father Rookey. The priest recommended that they say the Chaplet and also the Prayer to Saint Michael. “What was strange was that the more I prayed, the better I felt,” writes Miller. “I then started saying the Rosary. Between these two items and the special anointing oil I was using, as well as Father Rookey’s and everyone’s prayers, I began to feel better.”

And he was on the road to Catholicism. “I was no longer an occult practitioner,” he says. “I was now a Christian.”

It is always good to be protected. Miller points out that when there is an evil spirit around a person or place, it will most truculently attack those “closest to God.”

Yes, be forewarned: there’s some tough dark stuff in this book. But it ends as it always does, with the Lord and His mother triumphant.

“After all that I’d been through, I finally realized that Jesus’s and Mary’s power cannot be obstructed by Satan,” writes Miller. “Although he may try, they will always prevail.”

[Miller also recommends what he calls a “great book,” The Healing of the Families, by Father Yozefu B. Ssemakula.]