How many souls go to hell?

Only God — and not any human, even if a saint — knows.

We say this because we carried an entry from a blog a short while ago that presented an admittedly dismal picture, quoting from mystics and those raised to the altar who saw many, many souls headed there.

That may have been true. But take heart: To go to hell, according to the testimony of most Catholic mystics, as well as those who have near-death experiences, takes a stubborn, hateful, arrogant rejection of God — rejecting Him even after the soul has departed the body and realizes that atheism is totally inaccurate; rejects Him even after glimpsing paradise (which all souls see before they go where they need to go). 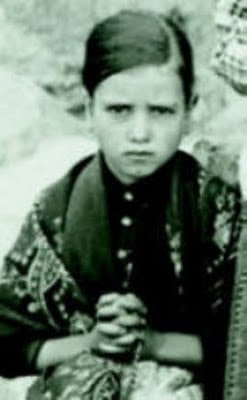 true that little Jacinta Marto of Fatima once was quoted as fretting, after a vision of those who died, “that almost all” were headed for the netherworld. She was extremely holy. More on her in the note below. But we have no idea if the translation of what she said was correct, and if so, who or what exactly Jacinta was seeing. There are large groups of sinners, for sure, who are in danger.

John 3:18: “Whoever believes in Him is not condemned, but whoever does not believe is condemned already because he has not believed in the name of the only Son of God.”

It only makes sense that most go there, for how many are entirely pure of heart and spirit, how many, upon death, are totally imbued by love?

But there is purification.

At Medjugorje the Blessed Mother once allegedly said, “Today, most people go to purgatory; the next greatest number go to hell; only a few go directly to Heaven.”

“Most” can mean fifty-one percent or ninety-nine. There is a great disparity: while certain mystics have seen most heading for a dismal afterlife, a large percentage of near-death experiencers who claim to actually have entered the afterworld report almost the opposite: a pleasant destination, as if most go there.

Might it be that upon death everyone goes to a threshold or anteroom of paradise, where they see Heaven (the beatific vision), before their souls gravitate to where they need to purify?

And might some saints who saw “hell” actually have been glimpsing the lower regions of purgatory?

Many questions. Pray and obey the Commandments and love the best you can — with all your heart — and you will be in good shape. God is not interested in our perfection so much as our effort. Seek Him. Pray without ceasing. We all have a chance for direct entry in Heaven but must work at it every minute of each day.

Put to death, then, the parts of you that are earthly:
immorality, impurity, passion, evil desire,
and the greed that is idolatry.
Because of these the wrath of God is coming upon the disobedient.
By these you too once conducted yourselves, when you lived in that way.
But now you must put them all away:
anger, fury, malice, slander,
and obscene language out of your mouths.
Stop lying to one another,
since you have taken off the old self with its practices
and have put on the new self,
which is being renewed, for knowledge,
in the image of its creator.”

Speaking of the netherworld: what about demons from there that roam the earth, harassing us?

It seems an exorcist named Father Francesco Bamonte, a religious in the Servants of the Immaculate Heart of Mary and a member of the International Association of Exorcists, has compiled an instructional book that, while often written in scholarly fashion (prefaced by a professor of dogmatic theology), affords us a good number of instances during which evil spirits, speaking through the possessed, explained the power of Mary over them. During one exorcism, according to the author, when commanded to state what things most afflicted it, the demon was forced to admit that it was the Rosary. “When you say the Hail Mary, it is as if she takes your spirit and brings it each time to the Father,” it is quoted as saying. “Because she loves you like no one else loves you, she takes you up there with her. Always, there is someone who recites it. There is not an instant in which it is not being recited [somewhere]. It is an uninterrupted song in every part of the world. But for us, it is a deadly backdrop. With all those [curse words] of the Mysteries, you remind us each time of that which He did, and it huuuuuurts us!”

The beads of the Rosary, said this one particular demon, on October 7 — Feast of Our Lady of the Rosary — cause devils pain, like punches that cause demons to howl, eventually “crushing” them. “When you contemplate the Mysteries of that Rosary,” said the demon, “it makes me sick.” On June 3, 2009, a demon railed in particular against Saint Gemma Galgani and Padre Pio of Pietrelcina — affirming that these saints assisted in exorcisms with their prayers. And in another instance revealed that Saints Francisco and Jacinta Marto had given it “so many kicks with all those Rosaries — so many!”  especially the “smallest of the three” — Jacinta (“She was the worst!”).

There are many demons that roam this world (remember that face on the South Tower 18 years ago?), but we have the ultimate weapons in the Bible, Confession, Eucharist, praise, and Rosary.