If you watch television, even minimally (the category in which we fall), you’re aware that once you get above the cable news and food channels, you’re in paranormal territory.

There are the ghost-hunters. There are the documentaries on ancient “aliens.” There’s “Finding Big Foot.” And so forth. You’ll see it on the History Channel, on ID Shows, all over Netflix, and above all the Travel Channel — which has all but retooled itself as the Anomaly Network.

So it is that pouring forth from the television are now mediums scoping out haunted places (and speaking with invisible occupants) or misguided young folks with equipment they think can gauge the presence of spirits. O brave new world, that has such people in it!

Brave and naive. For meddling with the spirit world is not just necromancy (forbidden by the Bible) but also pure danger.

No one, in that regard, is more unsettling than the crown prince of ghost-hunters, Zak Bagans, who made documentaries before starring on the Travel Channel. 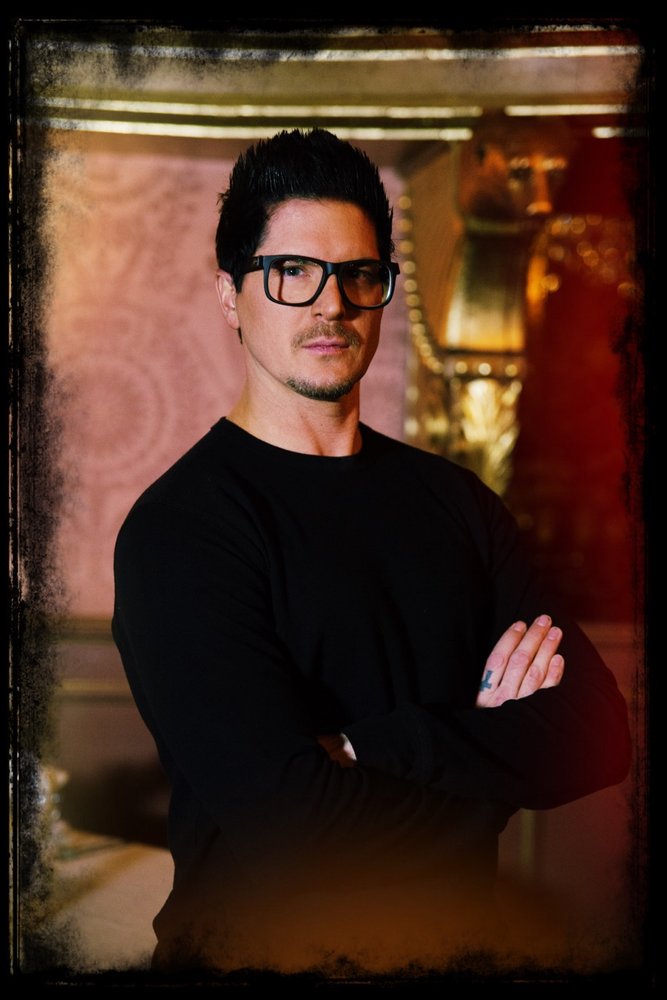 Zak has struck out on his own and want to talk dangerous? Bagans recently purchased a house in Gary, Indiana, that was the scene of extraordinary demonic phenomena (even by the standards of Hollywood). We did a “special report” interview with the priest who exorcised the place. This was real stuff. And while filming inside his newly acquired property, Bagans became so ill he couldn’t leave his room for eight days, and problems plagued his crew to such an extent that they all swore off the place. Crew members quit or were fired. Witnesses and experts were hospitalized. They went through so much that when a documentary on the place was aired, Bagans put a disclaimer on it: “View at your own risk.”

No surprise. It’s why we warn of such things in the new book, Lying Wonders, Strangest Things.

Did Bagans learn from his misfortunes?

Hardly. Instead he has started a ghost museum in Las Vegas, purchasing exhibits from an older such museum that had been assembled by the famous ghost-hunting team of Ed and Lorraine Warren in Connecticut. One of the exhibits, a rocking chair that inspired the movie Conjuring 3, caused museum visitors such problems (and terror) that Bagan had to get rid of it. “A series of visitors were dramatically affected, as was his own home,” says a news item. Some had to have surgery or other medical attention.

“This is the first time where I have decided to shut an exhibit down at The Haunted Museum due to multiple people being affected in connection to unexplained paranormal activity of the Devil’s Rocking Chair,” Bagans explained. “Six people all shared the same disturbing, uncontrollable crying during the short time I opened the exhibit, one of them being a guest who also collapsed directly above the Devil’s Rocking Chair on the stairs.” Bagans clarified that the chair was housed directly under the set of stairs.

Actually, he’s not unfamiliar with having to rid himself of such purchases. He had that home in Indiana demolished — obliterated. That should have been done from the start, with blessed salt used in heavy quantities.

“Perhaps most unsettling is the original staircase from the Indiana ‘Demon House,’ notorious for its powerful paranormal activity before being demolished in 2014,” notes an article, speaking of those stairs. “The wooden banister and creaky steps from the house now stand in a dimly-lit corner, resting on a blanket of dirt from the location. Following its installation, a group of construction workers walked off the job and refused to come back.”

Now, if you thought all that was going out on a limb, or at least eccentric, how about the fact that Bagans has added Charles Manson’s bone fragments to his museum (donated by Manson’s grandson “because of discomfort they brought him; the grandson alleged they caused paranormal activity in his home, including odd sounds and a call from his home phone one day while no one was home,” reported Newsweek). He also has procured murdered actress Sharon Tate’s wedding dress as well as the home in which Tate was murdered by the Manson clan. Prayer need here: Bagans seems to lack discipline or doesn’t learn readily. Most recently the news is that he’s embarking on a mini-series investigating the spirits of serial killers.

Prayer need here — for Zak and everyone who views his shows, works with him, or visits that museum.