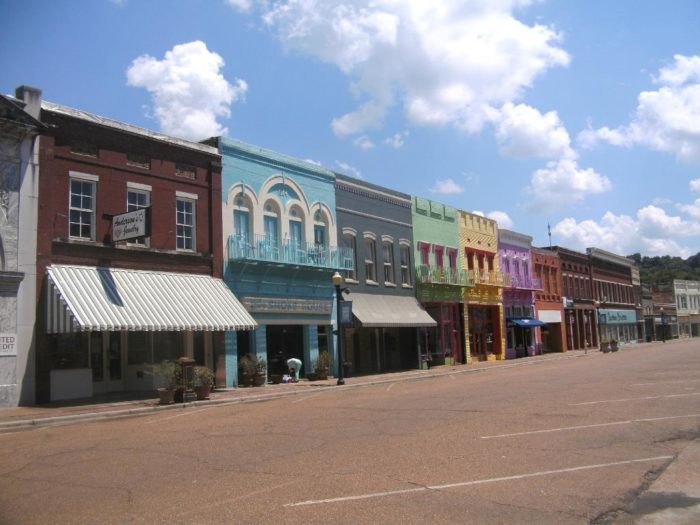 Did a witch curse an entire town?

Are such curses even actuality?

Words count. They are spelled with letters. They can cast power (spells).

“And the tongue is a fire, a world of iniquity,” says James 3:6. “The tongue is so set among our members that it defiles the whole body, and sets on fire the course of nature; and it is set on fire by hell.”

We have written about places that seem to be cursed, for instance, by the presence of Indian burial and ritual sites, or the presence of necromancers, such as spiritualists.

There are also witches.

And in this vein was the “witch of Yazoo.”

Her grave is in the middle of Glenwood Cemetery in Yazoo City, Mississippi, and dates at least to 1856. It’s claimed she was a woman who lured sailors to her hut, then tortured and killed them. When sheriff deputies caught up with her, she was hiding in a swamp and sinking into quicksand — not at all happy about their pursuit of her. So unhappy, in fact, that she put a curse on the town, vowing that she’d be back in two decades to burn the town to the ground.

Allegedly, on May 25, 1904, exactly twenty years to the day of this woman’s death, the town of Yazoo caught on fire. “Witnesses of the fire said that it had a strange quality, with the flames jumping, twisting and leaping in a way they’d never seen fire behave before,” says a website. “Many believed that the flames were dancing by command of the witch.”

One could add that yellow fever exacted a terrible toll on this town in 1878, and that Yazoo also was severely damaged by a flood in 1927.

Any area is going to have its share of misfortunes, however. And questions along this line are understandable. Wasn’t this a flood zone? Didn’t the Mississippi inundate the entire delta that year of 1927? And wasn’t yellow fever fairly common? Didn’t an epidemic also afflict Yazoo in 1853 — several years before her death?

Still, the skepticism is not to discount the notion of curses. Similar stories are attached to many cities — parts of New Orleans, Augusta, Georgia, and a town east of Orlando, as just a few examples.

As for the cemetery in Yazoo City, “A simple marker is placed before a large plot near the creek where the bodies of many Confederate soldiers are buried,” notes a city website. “Located not far from a fountain in Glenwood is a grave surrounded by chain links. This is known as ‘The Witch’s Grave.’ The legend of the Witch that burned Yazoo City in 1904 became famous in a book written by Willie Morris.” Several Sisters of Charity are also buried there — but their presence apparently is not enough to ward off bad luck, or so they would have us believe.

There is also Chateau de Montsegnor, in southern France. “This remote castle, at the top of a steep cliff, is also known by locals as Satan’s Synagogue,” reports the New York Post. “In the 12th century, the castle became the seat of the Cathars – Christians adored, then declared heretics, by the Catholic Church. The Pope turned to France for help in driving out the sect members. After a 10-month siege of the castle, which may have once held the Holy Grail, 200 Cathars died in a bonfire – but not before cursing the place.”
Apparently, phenomena and bad luck now find harbor there.
—
Did you know that the current site of the Vatican, until exorcised centuries ago, was thought to be cursed? This was because there had been pagan graves there. Strange crows alighted.

There were strange phenomena at Nero’s tomb. During the last years of the eleventh century, notes our book, The Last Secret, the poltergeists and unearthly shrieks grew so blatant that Pope Paschal II ordered three days of fasting and prayer with special invocations to the Virgin in churches throughout the city.
+
Then he asked the faithful to assemble with axes and picks in order to chop down an infamous walnut tree that had grown on Nero’s tomb and was supposedly the habitat for evil spirits. He assured workmen that as they destroyed it they would be under the mantle of Mary.
+
Pope Paschal himself took a swing or two at the tree and soon it was felled, along with every bush, and shrub on that unlucky knoll. The hill was left barren. And lastly they dug up Nero’s tomb, casting its dust to the wind and the bone into the Tiber.
+
From what we gather, that was the end of the haunting. The date was March 12, 1099, and soon after a chapel was erected there in Mary’s honor.
—+

How about books? Can they carry a dark enchantment? Noted a viewer, “If you listen to the main Harry Potter music themes composed by John Williams, they are all based on the Shakespearean play Macbeth witches lines, ‘Bubble bubble toil and trouble…’ (which is known throughout the acting world to be associated with bad luck – actors have stated there is always a misfortune attached to productions of that Shakespearean play all to do with that witches’ spell casting scene). So even the music is not safe. A priest on the internet has stated that thirty to sixty of all the names in the books are actual names of demons [in Catholic demonology]. And [many] of the spells in the book are actual wiccan spells.”
+
Watch what you read. Watch what you hear.
+
Particularly, watch what you say.
+
Our current time is a good time to hold the tongue.
+
[resources: The Spirits Around Us and The Last Secret]