Many have been lulled into heedlessness due to the current uptick in “prosperity” (if true prosperity?).

Difficult it is, to believe that stocks are worth ten times what they were during the years of Ronald Reagan.

But whatever the case (great peaks were also reached in 1929 and 1965), nature has continued a relentless if often subtle (though on occasion decidedly spectacular) beckoning to those with eyes to see.

Lost in the turmoil of “news”: the excessive rains in many parts of North America last week came just as the National Oceanic and Atmospheric Administration released data showing the last twelve months have been the wettest in recorded history for the Lower 48 states. No small record. A few other headlines this week: “Floods Hit the Balkans,” “Whales Washing Up Dead in California,“ “El Nino Becoming Stronger and Stranger,“ “Arctic Glacier Speeds Up From 60 Feet Year To 60 Feet a Day,” (allegedly). “Cashless Sweden Suddenly Warns Citizens: Hoard Bank Notes, Coins In Case of Cyber-Attack” (this we may want to heed). 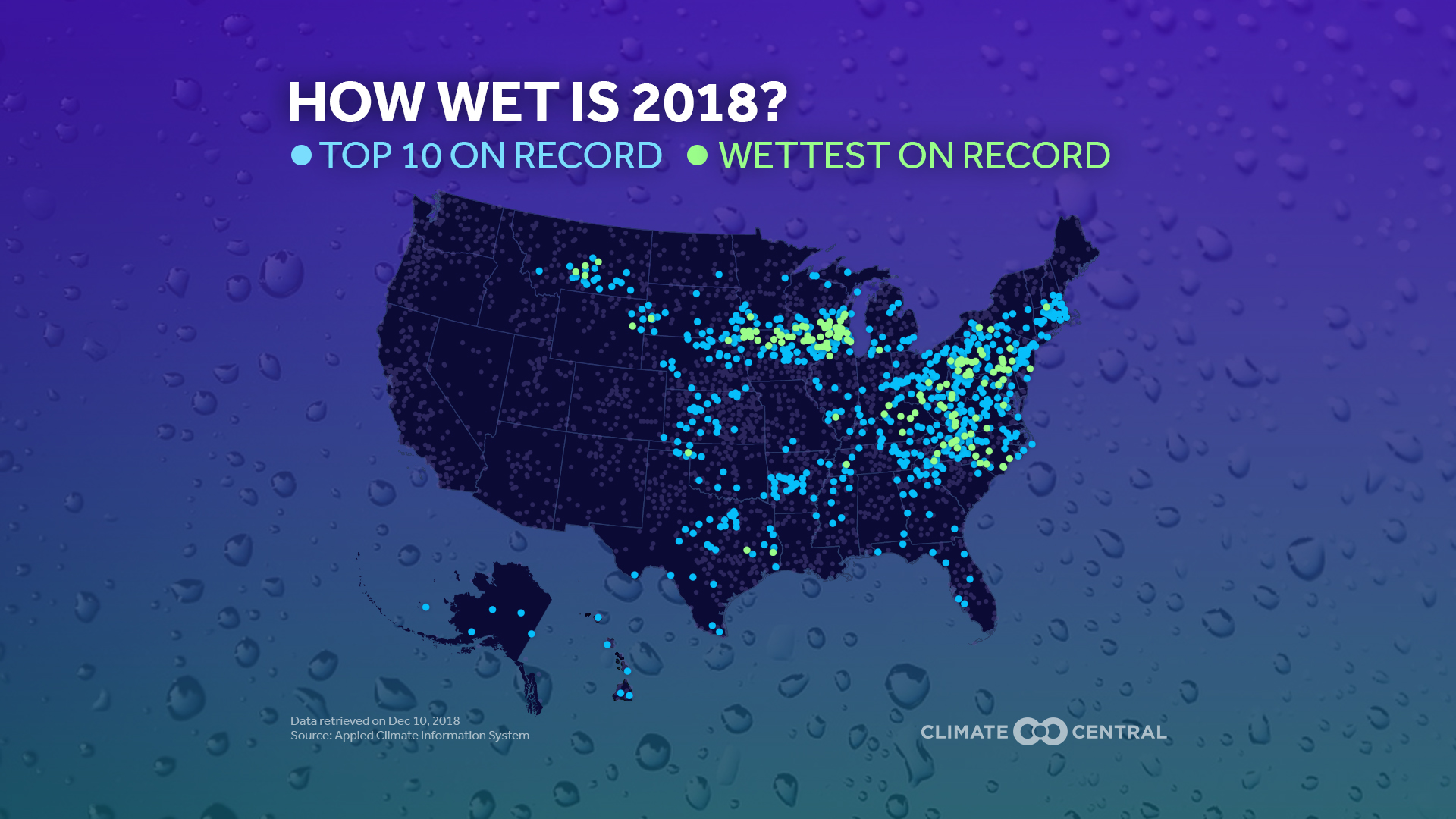 In 2018 there were 58,083 wildfires in the U.S., compared to 71,499 in 2017, according to the National Interagency Fire Center. About 8.8 million acres were burned, compared with 10 million in 2017. That’s the combined acreage of Maryland, Rhode Island, and Delaware. It is also precisely what climate scientists were predicting back in the late 1990s.

Even though there have been some very positive developments (see: the Alabama senate passing a near-total ban on abortion), other aspects of society — transgenderism, drug use, divorce, pornography (three of the top ten most popular website in the world are triple-X ones), and hyper-consumerism leave one less prone to sanguinity.

Are the graphs in perfect conformance with societal trends? That’s not always how it works; the wettest year in history is not necessarily followed by one that is a bit wetter. But ships are now able to navigate the Arctic and the magnetic north pole is rapidly on the move (to Siberia).

One looks at overall patterns over the course of a century, and also how it all records in the spirit of intuition, during prayer — which protects under any and all circumstances. It also prepares.