Are Iveta Cleophas Fernandes’ messages from Heaven — the real thing?

That’s the question with seers: is what they “hear,” is what they “see,” or intuit, from Heaven, the subconscious, or a mischievous spirit? A combination?

We had a previous article on Iveta (who commutes between Canada and India, though born in Africa), after an interview with her husband, who doubles as translator. 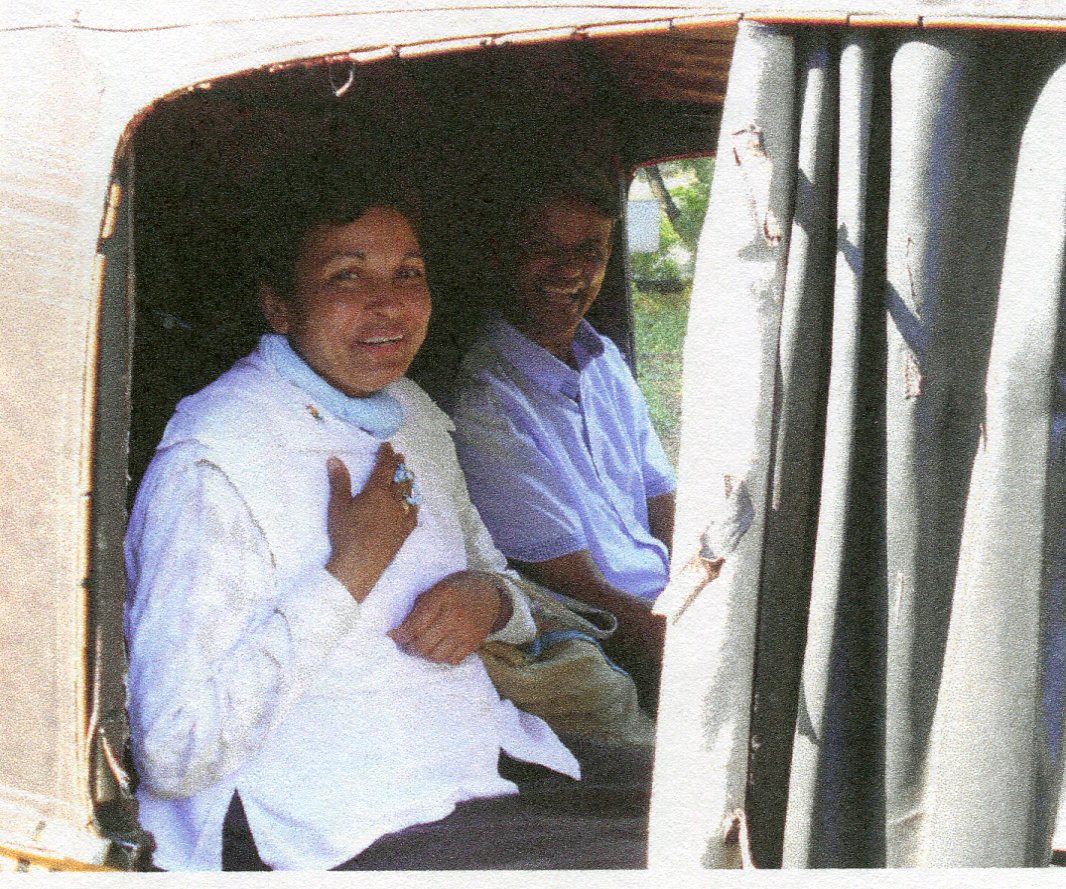 As we said in the post some years back: “Fernandes — whose reported experiences began on June 27, 1993, at a site of apparitions, in Canada, called Marmora (upon which the diocese has not ruled) — avers she has been granted various messages from the Virgin Mary about our ‘serious time,’ including three ‘secrets.’ Among other outlets, her experiences at a spot called Gancim Hill in Batim, India, gained the attention of the Times of India.”

Said the newspaper itself, “Gancim Hill has turned into a pilgrimage place for many after Iveta had claimed of witnessing a Marian apparition here on September 24, 1994. Though this Marian apparition has no ecclesial approval, the Church has also not raised any issue about the gathering of people at the site for expression of their faith. The prayers began at noon and Iveta was present throughout the session, which lasted for almost four hours.”

During such times, messages supposedly come. 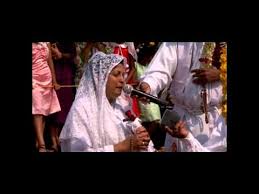 As we noted in that previous article: “The visionary, who was close to the late Ukrainian Catholic Bishop Roman Danylak of Toronto, said that matters in the world ‘will escalate for the worse under the pretense of looking better. We must not lose sight of the fact that the devil is very cunning. That is where we have to watch and pray. The Catholic Church stands on solid ground.’ She also is said to have experienced Eucharistic ‘miracles.’ There will come, she believes, a period of persecution. Catholics ‘in time’ will be underground.” Although on occasion in India, most of her purported experiences take place at their home in Ontario.

This we reported before.

Now there is a further discernment, a volume of more recent messages called “Suffering and the Thesis of Purgatory: With Prophetic Warnings For Our World.”

Much of what we see in here — this new volume — could pass as personal meditations: notions from her own “understanding,” as Saint Teresa phrased it. But neither are we “discernment central,” so we’ll put that into your hands. They are notably laden with warnings about besmirching the Pontiff (for your discernment). She also warns about socialism. “For socialism has become the way of life and this is leading to the terrible destruction of families and the domestic Church by the evil one, Satan himself!” she claims Mary told her in 2017. “Be on guard! Warn my children, beloved to me, their heavenly mother, weeping for them!” Often curiously choppy — the result perhaps of language admixture — the messages also endorse the idea of Mary as “co-redemptrix.” 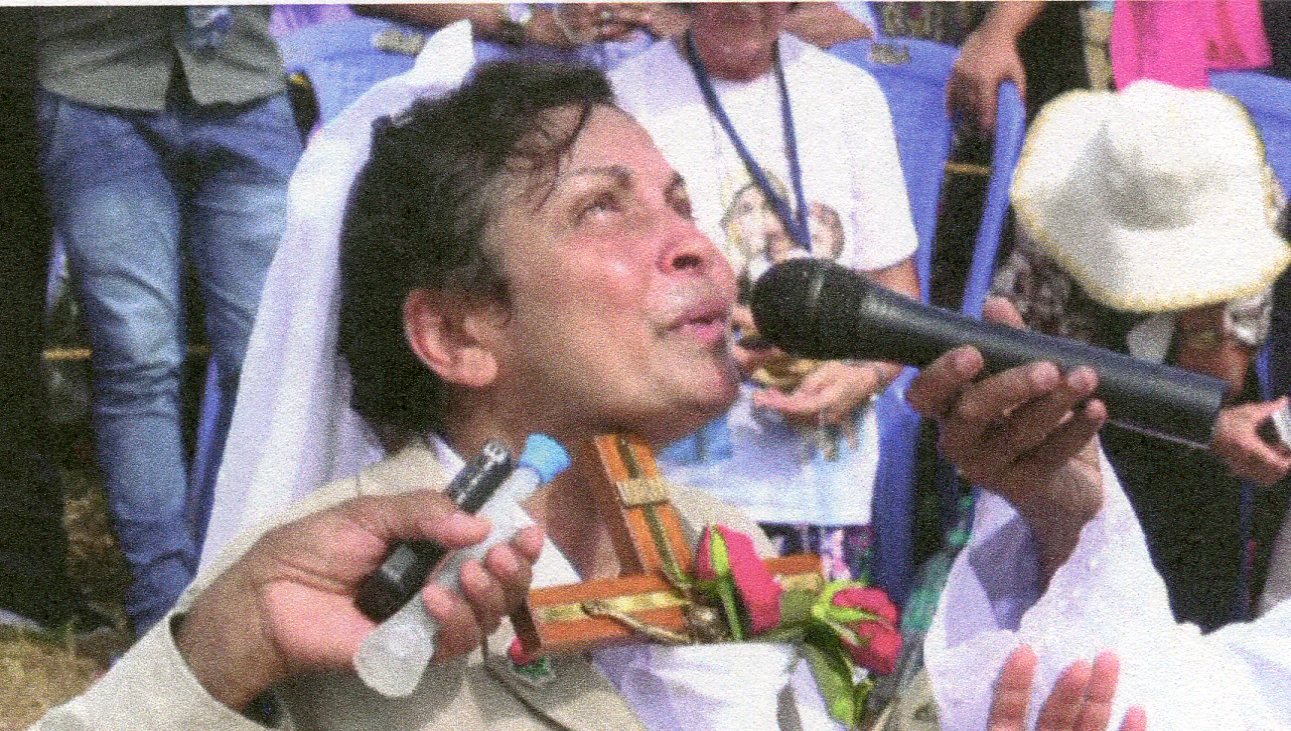 But Rome remains a central issue. “It is with great desire I desire that you make known that much prayer is needed for the Holy Father, my beloved son His Holiness, the Bishop of Rome Pope Francis I, in union with Emeritus Pope Benedict XVI, the hidden pope,” she quotes the Blessed Mother as telling her. “The suffering this day will grant him the Grace of Fortitude against the assaults by the faithful who call themselves ‘faithful’ yet are disobedient to his Magisterium.

“He is a simple Pope. His heart is rooted in the Divine Savior. He comes before you all, my beloved children, in this manner, to prepare you before Divine Justice befalls you.”

The admonitions are surprisingly stark.

“I [request] with great desire to make known the grave offenses by my chosen sons and chosen daughters who have joined the ranks, grieving with my Immaculate Heart for disobedience and offenses against the Magisterium, against the Holy Father, Pope Francis I, who suffers so much! Pray for your Holy Father, I petition you, my beloved children, my faithful: pray for him; pray too for Pope Benedict XVI, who also suffers greatly for such insults.”

At one point, a message startlingly headlined “Three-Quarters of the Earth Will Vanish!” was received on April 15, 2017. We always have warned about prophecies that are too dire, especially if they provoke fear. 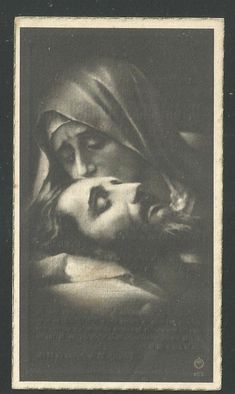 Is that the case here? There are teachings on purgatory. There is an anti-vaccine message. There is a message about the “smoke of Satan” in seminaries. “Many of the professors who are priests themselves are teaching anti-god doctrine. They have abandoned the teachings of the Catholic Church to bring what is called the New Age Movement, the one-world religion, the changes [they claim] are needed for these times.”

So it is that there have been many messages — often divergent — from so many places, during the past several decades. The prediction in this one is of war. “Prepare my children, the urgency I call you to is to pray, pray, pray, in solidarity with your priests, your nuns, the Holy Rosary — this must be now the call of urgency to pray, for World War Three is about to begin!”

“In this war, creature and creation will be devastated! I ask you with the urgent plea of my motherly heart! We have no more time but to prepare, prepare souls, by living each day united to my Immaculate Heart.”

Caution, caution, always caution. Never follow any seer, nor attend an event, without previous prayer and fasting. As for the question of authenticity: it is where we left it last time. We’re not too sure.

Yet another missive about Rome: “[The Pope] is suffering at the hands of the faithful, [much of the suffering] for all the false accusations and false charges that are rising against him, that [the devil] may distance the Seat of Peter and prepare now for the one who will lead my children astray totally, the antipope! It is his love of power coming into being now. It is of vital importance for you to consecrate yourselves to my Immaculate Heart and to prepare by fostering devotion to my Immaculate Heart of the First Five Saturdays and as many as you can attend till that crucial moment when man will rise against man!”

Take what is good and leave the rest, says Scripture, if one discerns that good there is. The First Saturday devotion would seem a good takeaway — one requested (but barely followed) at Fátima, indeed to mitigate judgment.

“Daylight is shortening, darkness is increasing, and many are falling into darkness because they do not have the understanding of these moments,” is yet another message, this on February 16, 2018.

We’ll take it all under advisement — not despising prophecy but also not partaking of it whole portion at this point.