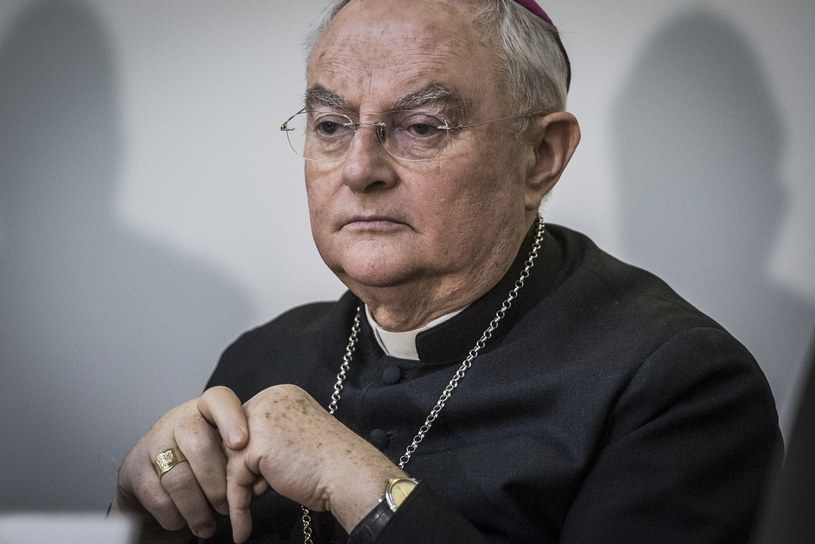 The Vatican envoy to a major apparition site says that recent events at the diocesan building in Warsaw, Poland, are a sign of a generalized demonic attack.

This was spurred by satanic graffiti.

“The inscriptions on the church buildings are a manifestation of the confrontation between good and evil, which has grown enormously at the moment,” said Archbishop Henryk Hoser, “referring to the inscriptions that appeared on the night of Monday to Tuesday, among others on the building of the Warsaw-Praga Curia,” reports a foreign news outlet.

“Subtitles, including ‘Behold, my flesh, behold my blood, I love you’ and ‘Women’s murderers’ appeared on Monday night at three points in Warsaw: on the fence of the building of the Curia of the Archdiocese of Warsaw at ul. Miodowa St., at the parish house at the Archcathedral of Saint John the Baptist and on the door and steps of the building of the Warsaw-Praga Curia. On the latter unknown perpetrators wrote ‘Rwanda remember.'”

Rwanda is where a genocide occurred in the 1990s — as predicted by apparitions at Kibeho in that same nation of Rwanda.

The press office of the Warsaw-Praga Diocese on the website says Archbishop Hoser celebrated Mass for his closest associates in the airport chapel Warsaw’s Okęcie airport — from which he flew to Medjugorje with the mission of the special envoy of Pope Francis.

“In the hierarchy homily,” says the report, “he stressed that ‘the inscriptions on church buildings are a manifestation of this confrontation between good and evil. It has become really intense at this moment because of attempts to bring society to a higher level of life morals and protection of life, just like this law protecting human life from conception that is so hard to pass. We see how the forces of evil are mobilizing to prevent everything.'”

According to the archbishop, two realities in opposition to one another are trying to become incarnated, we are still between these two poles.

“He stressed that in Medjugore he would also be ‘confronted with the forces of evil.’

“Where there is a place of charismatic mass conversions, mighty Confessions, where there are still missing confessors, there are devilish activities in this area, which try to do everything to destroy this place, where they penetrate the Mafia, due to the inflow not only pilgrims, but also their victims. I have heard that there is, among others, the Neapolitan Mafia.”

Many Italians pilgrims journey to the site.

This is extraordinary stuff — a representative from the Vatican saying it is the forces of evil, even the Mafia, seeking to disparage Medjugorje — and comes as other signs accrue.

On Monday, after the monthly apparition, one Medjugorje seer, Mirjana Soldo, was in obvious and deep pain, barely able, despite her relatively young years (in her fifties) to make it down a hill without strong assistance.

In a book called My Heart Will Triumph, she said, “Our Lady told me many things that I cannot yet reveal. I can only hint at what the future holds, but I do see indications that the events [in her secrets] are already in motion.”

Meanwhile, it has been revealed that a second seer, Vicka Ivankovic-Mijatovic, who long has been known to have received revelations on the Virgin’s life, received those messages by way of a strange script no one can read.

Claims a witness (as reported on Forums on the Virgin, from an experience around Christmas, 1984): “We were about ten people . I remember very well, the Gospa was happy and in her arms she had little Jesus.

“The truth is that I do not remember the message. At that time the Gospa explained her biography to Vicka. When the apparition ended, Vicka told us the message. I thought that Vicka will go to another room, to shut herself up to write what the Gospa told her and then return to where we are. Instead, she returned immediately with a large notebook and pencil in her hand. She sat next to me on the couch and started writing. I remember perfectly the situation of the sofa in that room and the notebook. I was very surprised because I saw that, ‘It’s not hiding at all!’ I thought to myself.”

Mysteries, mysteries. Many things will come out, and are beginning to already. Soon, many will realize the truth, though many also will have trouble acknowledging it.