Not until the resounding laicization of ex-Cardinal Theodore G. McCarrick last weekend — an event that may finally begin to right the listing Catholic ship — did I realize, in reading the former cardinal’s biography, that he’d graduated from my alma mater, Fordham University in New York, a Jesuit school that once had a leading department of journalism and once was Catholic. Our freshman dorm, Roberts Hall, was right across a campus road from Fordham Prep, where it turns out McCarrick went to high school before Fordham College, from which he graduated in 1954, then entering a seminary. Last summer Fordham rescinded an honorary degree he had been given.

While McCarrick’s attendance at Fordham was a surprise, that a homosexual cleric would be spawned there decidedly was not. When I attended (1970 to 1974), the faculty included:

— A well-known philosophy professor who roamed the campus in a strange cape and with an equally strange walking staff. Like many Jesuits there, he didn’t wear a collar. He was “gay” and made no secret of it.

— A journalism professor-priest who wrote for a prominent liberal Catholic publication (and later became president of another Jesuit college) and in at least one case, invited a heterosexual classmate I knew to his suite, where he had set various brands of cigarettes, liquor, wine, and beer on a coffee table for the meeting, and asked the young man if he wanted to wrestle (not exactly a typical meeting with a faculty member or, as he also was, overseer of the dorm).

— A wealthy monsignor from Spain who was famous for giving “A’s” and gifts to athletes who took his course, even if they never showed up for class. He was openly conducting a relationship with an undergrad male and often sat at the most popular local bar, the Pennywhistle, where, inebriated, he would grab male students inappropriately as they passed his bar stool. I was so upset by his behavior that I confronted him.

In such a milieu, one wonders if, as a youngster, at Fordham Prep, McCarrick himself had been abused, for many homosexuals become that way — and as adults, abuse others — due to sexual trauma in their formative years. (If so, he deserves a good measure of sympathy, instead of just opprobrium).

Today, at Fordham, some of the Jesuit faculty members are housed in Spellman Hall, which used to be the female dormitory and was named after a famous cardinal who graduated from there and himself now has been charged (postmortem) with wrong sexual actions. Fordham was no longer the school where Vince Lombardi had played!

I don’t like hovering on this sordid topic and believe what is happening is ultimately good — a cleansing that will lead to a holier Church. How heroic are the chaste heterosexual priests! In our time, almost martyrs. Kudos to them. None of it has in any way affected my faith. And appreciation also to priests who believe themselves “gay” (we wonder if there is any such thing as born homosexual) but have not acted upon such impulses. They are a key reason we don’t like to beat this topic to death (preferring instead encouragement).

But it’s smack in front of us this month — the biggest Church crisis since the High Middle Ages — and some points should be marshalled, starting with the most pertinent question:

Just how many in our Church — how many clerics — are homosexual?

A “bombshell” book being released claims that four out of five at the Vatican are active or latent homosexuals — a figure that seems too high but that warrants discernment.

“Eighty per cent of priests working at the Vatican are gay, although not necessarily sexually active, it is claimed in the book, In the Closet of the Vatican,” noted the London Guardian almost gleefully (in some languages it’s called Sodoma). “The 570-page tome, which the French journalist and author Frédéric Martel spent four years researching, is a ‘startling account of corruption and hypocrisy at the heart of the Vatican,’ according to its British publisher, Bloomsbury.”

A recent article in New York Magazine said: “We have no reliable figures on just how many priests in the Catholic Church are gay. The Vatican has conducted many studies on its own clergy but never on this subject. In the United States, however, where there are 37,000 priests, no independent study has found fewer than 15 percent to be gay, and some have found as many as 60 percent. The consensus in my own research over the past few months converged on around 30 to 40 percent among parish priests and considerably more than that — as many as 60 percent or higher — among religious orders like the Franciscans or the Jesuits.”

A Los Angeles Times survey of U.S. priests found that just 15 percent said they were completely or mostly homosexual, a figure seen by many as too low. Another report suggested that from the mid-1980s onwards, Catholic priests in the U.S. were dying from AIDS-related illnesses at a rate four times higher than that of the general population, which, considering the widely accepted figure of about four percent for the percentage of Americans who are “gay,” would tally (four times four) to about what the one Times article quoted found: 16 percent. A different Times article cited thirty or more percent.

Curious it is that the New York writer, Andrew Sullivan, is openly homosexual, as is the author of the bombshell book, Frédéric Martel, as is a columnist for The New York Times, Frank Bruni, who recently penned a commentary on this precise subject. Gays and “former gays” tend to especially focus and even obsess on this subject, for reasons of their own.

One thing remains for certain: most priests are good. Fewer than five percent of priests have been accused of abuse, which is hardly something to boast about but less than the percentage of public school teachers. (One in ten students are in some ways abused.)

Homosexuality in the priesthood tends to run in trends along geographic lines. Our diocese of St. Augustine, Florida, has had virtually no gay abuse scandals. It is a conservative diocese. The same is true not just of some other dioceses but entire countries: while clerical homosexuality is widespread in the West, it is almost non-existent (at least when it comes to abuse) in Asia, Africa, and India — where, when there are scandals, they tend to be heterosexual (or financial) in nature — not good, but somehow not as startling.

This brings us to the last point: why have homosexuals gravitated to the priesthood (and all but overtaken some seminaries)?

One reason is our highly-sexualized culture. Seeing what was going on all around them starting in the 1960s, heterosexual men found it difficult to resist, or felt strange being celibate, and married instead of heading for the priesthood. Meanwhile, the Church became a “safe haven” for those with homosexual inclinations, a place where being single would not be questioned. The John Jay Report published in 2004 suggested that “homosexual men entered the seminaries in noticeable numbers from the late 1970s through the 1980s.” 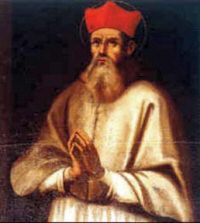 There is nothing new under the sun. In the eleventh century Peter Damian, a reformist Benedectine monk, wrote the Book of Gomorrah about homosexuality among the clergy during his own time, harshly condemning it.

Nor has the Vatican only recently been aware of the problem. In 1961 a document entitled Careful Selection And Training Of Candidates For The States Of Perfection And Sacred Orders stated that homosexual men should not be ordained — though it left the matter to bishops to implement and most did not.

The plain fact is that the main problem is homosexuality in the priesthood. It has to be rooted out. Besides grossly violating Scripture and Church law, it is a fact that active homosexuals are much more likely to abuse young people than are heterosexuals. One survey of adult white gays found that twenty-five percent admitted to sex with boys 16 or younger (A. P. Bell, Sexual Preference, 1981).

Between fifteen and forty percent of child molestation cases involve homosexuality. Yet in a story just yesterday, The New York Times, reporting on that crucial upcoming Vatican abuse “summit,” said, “At [a] news conference, the prelates tasked by the Pope with organizing the meeting spoke of the need to hold bishops accountable for addressing the problem, and stated that homosexuality was not a cause of the abuse of minors by priests.”

How prevalent is homosexuality in society as a whole? Many Americans believe it’s ten to twenty percent (because of how much the media focuses on it) — but a Gallup survey showed it to be less than four percent. 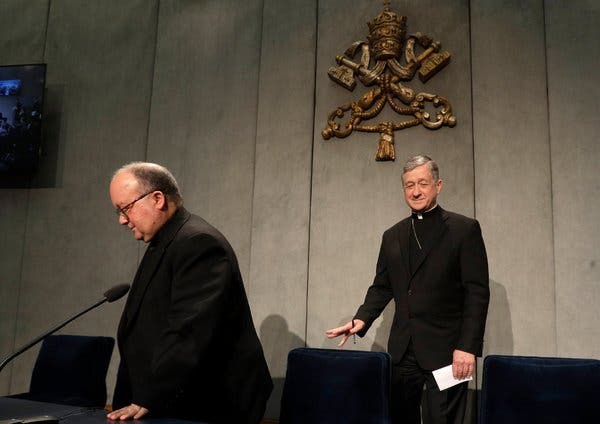 In November 2005, the Vatican completed an Instruction Concerning the Criteria for the Discernment of Vocations with regard to Persons with Homosexual Tendencies in view of their Admission to the Seminary and to Holy Orders. According to the new policy, men with “transitory” homosexual leanings may be ordained deacons following three years of prayer and chastity. However, men with “deeply rooted homosexual tendencies” or who are sexually active cannot be ordained.

Now bishops will have little choice but to enforce it. If the homosexuality continues, so will abuse and, seeking to install more heterosexuals, so will calls to dispense with the requirement of celibacy (which did not become a standard  until the mid-1300s). While “gay” priests who are chaste should be lauded, even chaste ones should not be admitted in the future. For the Church itself calls homsexuality an “intrinsic disorder.” There is an urgent need for deliverance (from which many “gay” priests could benefit and even transform).

Let the light shine in — not in a way that obsesses us, nor turns us from the Faith, nor is used by enemies of the Pope, but in a way that quietly and relentlessly purifies, as has been necessary at various moments in the Church’s 2,000 years.