Let’s try and figure this out (which of course we can’t): Is what is transpiring the last strong push of a virulent microbe or a portent of a viral or other kind of apocalypse?

We’re all nearly done with even hearing about it.

It depends on where you look in the news.

In prophetic circles: Does it comprise a large “warning” to the world, a “mini-chastisement,” or the start of a major one?

The scenarios are fluid and endless. The pandemic could soon quickly fade. We keep hearing that probably it will become like a “seasonal flu.” That’s one scenario (pray this is the case).

Firstly, we already know that omicron can reinfect those who have natural immunity due to previous coronaviral infection or have been vaccinated (though in the latter and perhaps also the former causing fewer hospitalizations). Might we then see where this thing just keeps on keeping-on — infecting and reinfecting — and if so, further mutating to something just as transmissible as omicron (which now seems to be affecting everyone; a niece of our was just released from the hospital; a nephew had it over Christmas; before that a sister-in-law and twelve others in our family, including our son, probably too a daughter who was not tested) but a mutation more injurious (and lethal) than anything yet seen?

This — a mutation that spreads lethality quickly, at warp speed, to borrow a cliche — is the “major chastisement” scenario. And yes, already a researcher in Cyprus has claimed to have discovered a strain of coronavirus that combines the delta and omicron variants (or so Bloomberg News reports Saturday). He calls it “deltacron.” We certainly hope it doesn’t become a famous moniker!

Perhaps more to the point: what about “long covid”? It is increasingly obvious that the coronavirus in its various nuances and incarnations not only can cause bizarre effects on just about any part of the body (losing hair, loss of brain matter, a black middle toe) but also can persist in causing effects for months and for all we know years — perhaps even in those who initially had “mild” cases, were vaccinated, or were even infected without symptoms. That presents a scenario without modern precedent.

We received two voice mails a few weeks ago begging for prayers from a viewer who regretted not listening to medical professionals and was in an I.C.U. She is now deceased. Very sad. More hopefully: another who was on the brink reports that she has been released from the hospital. And a close priest-friend has recovered, though forced to take several months’ leave. Yet another wrote over the weekend, “Please keep me in your prayers. I’ve been so sick with covid pneumonia since Christmas Eve. I’ve been through a lot of suffering in my life, but this is by far the worst.” (Pray for her: “Therese.”)

Vaccines? We don’t push folks one way or the other. It’s a personal discernment. There are those who claim a hidden, untold count of side effects, or the influence of one-world-order types (see here, though some say it’s only “fake news”) at the same time the Pope inferred just yesterday that vaccination is a “moral obligation.”

On the other hand, there certainly are cases whereby even “boosted” folks have taken ill. If reports are accurate, a famous comedian-actor, Bob Saget, recently found dead in an Orlando hotel room, had been boosted but recently had battled covid. His death is suspected as from a heart attack during sleep.

This much can be said: anyone who thinks the U.S. has stripped freedoms should note what is going on in many foreign countries. The leader of the Philippines is threatening unvaccinated people who leave their homes with arrest. The leaders of Canada and France have all but viciously attacked the “unvaxxed.” In parts of Italy one must wear a mask outdoors. In China, twenty million are under the kind of severe lockdown we have not approached and hopefully never will. In fact, America is currently among the freest when it comes to restrictions.

Will that change? Will there be multiple outbreaks every year?

Will 2022 be a roller-coaster (more on this at an upcoming online retreat)?

Is there a light at the end of the tunnel, or the proverbial oncoming train?

We tend and prefer to believe the former (always look for the light!).

We see some breathlessness.

“The current explosion of omicron-fueled coronavirus infections in the U.S. is causing a breakdown in basic functions and services — the latest illustration of how COVID-19 keeps upending life more than two years into the pandemic,” says Associated Press [biased yes, but no: not “fake”]. Deaths are now starting to follow the infection rise.

“This really does, I think, remind everyone of when COVID-19 first appeared and there were such major disruptions across every part of our normal life,” said Tom Cotter, director of emergency response and preparedness at the global health nonprofit Project HOPE. “And the unfortunate reality is, there’s no way of predicting what will happen next until we get our vaccination numbers — globally — up.” 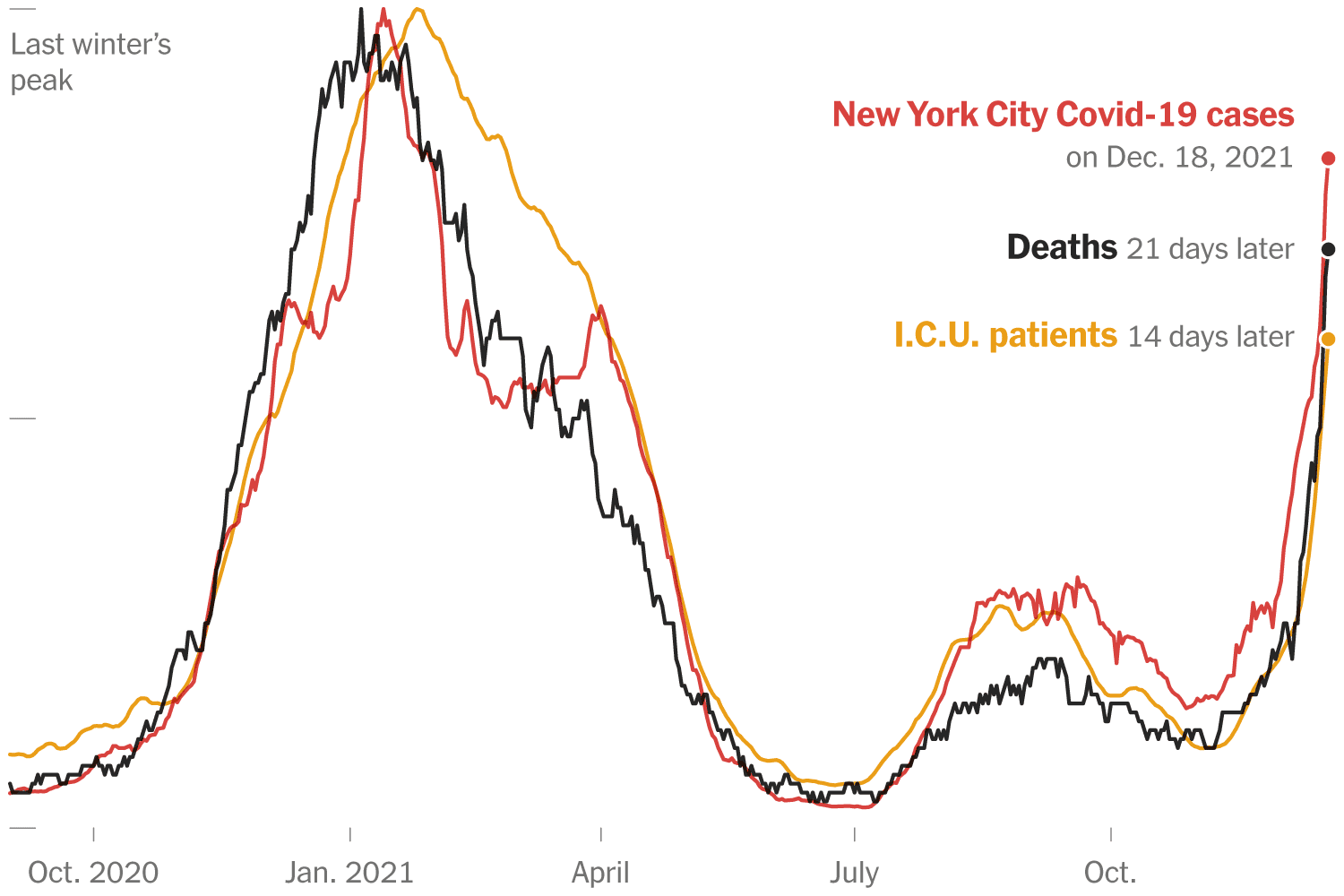 It’s hard to deny data from thousands of hospitals.

But there are some interesting takes on it all.

Does Satan orchestrate, for example, coincidence with this? 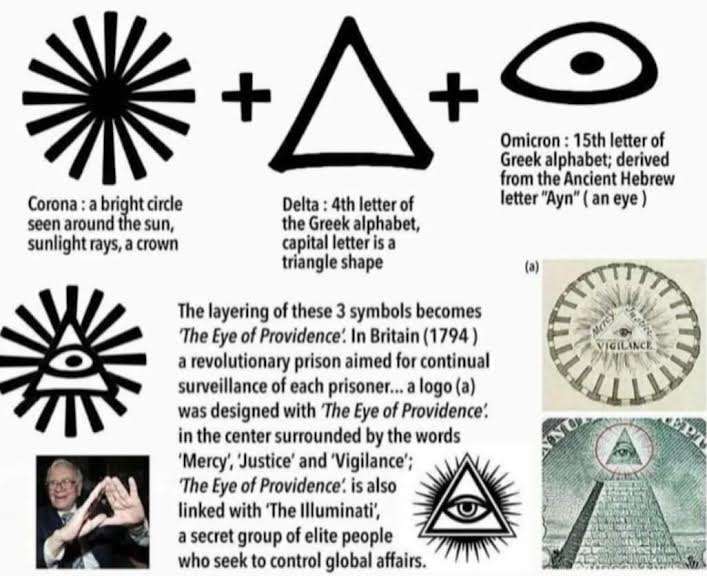 Again, we don’t think it’s a human orchestration so much as a supernatural one (don’t give mere humans too much credit). There is a spirit moving slowly, almost glacially, but surely toward world control (after chastisements).

A bit jolting have been remarks supposedly from a Father Livio Fanzaga of Radio Maria, the “messenger” of Medjugorje who according to the Philippines Sun-Star once said (we are seeking to further verify), “the coronavirus comes from the devil, it is a test: the solution is to renounce Satan and return to God.” (We are told he is back at broadcasting; was his suspension, as mentioned in that report, “fake news”? It seems so. Reportedly, he is currently broadcasting.)

Radio Maria, however, says it is indeed false and “is from the one news outlet which anyone could have written.”

Are we entering the time of the secrets?

Well, for those who subscribe to it, that’s when the notion of “chastisement” — major chastisement — comes into play. More on this later.

Praise God (and pray): Up to now, we have merely been slapped on the wrist.

[resources: the secrets of Medjugorje]