The Italian Catholic news outlet Aleteia reports that according to a high-ranking official, the Vatican — after decades of contemplating it, and years after a formal commission was empaneled to study it — will allow official pilgrimages to Medjugorje in Hercegovina, apparently ending years of bitter controversy.

“Today, dioceses and other institutions can organize official pilgrimages. There are no more problems,” claims the Polish archbishop, Henryk Hoser, tasked by Rome with pastoral oversight at Medjugorje, in an interview at his residence in Warsaw. “Pope Francis recently asked an Albanian cardinal to give his blessing to the faithful present in Medjugorje,” he added in the interview.

“I am full of admiration for the work the Franciscans are doing there,” he told the news outlet, according to an initial, rough translation. “With a relatively small team — they are a dozen — they do an amazing job welcoming pilgrims. Every summer they organize a youth festival. This year, there were 50,000 people from around the world, with more than 700 priests,” he added.

The prelate also notes that “Confessions [at Medjugorje] are massive,” calling them a “phenomenon.”

“They have about fifty confessionals, which are not enough. These are very deep confessions.”

“And what confirms the authenticity of the place is the large amount of charitable institutions that exist around the sanctuary. And yet another dimension: the great effort that is being made at the level of Christian formation. Every year there are high-quality congresses for different audiences, be they priests, doctors, young people or couples.”

More, the archbishop, who extensively visited and studied the site, said a decree of the former Bishops’ Conference of the former Yugoslavia, which before the Balkan war advised against pilgrimages organized by bishops in Medjugorje, “is no longer relevant.”

He cited approved apparitions at Kibeho in Rwanda and the fact that approval for devotion was granted before final total recognition, which came in 2001. Those apparitions began to same year as Medjugorje but are nowhere nearly as well-known. Devotion to Our Lady Queen of Peace at Medjugorje “is worldwide and extends to nearly eighty countries,” he noted. 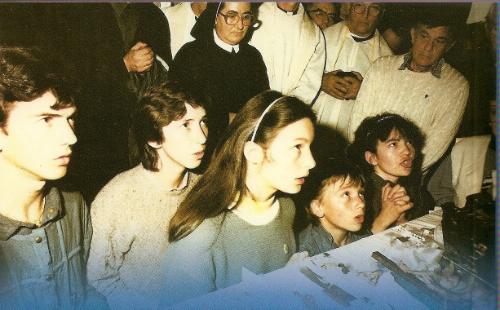 Bishop Henryk Hoser confirmed that the current Vatican commission — the most authoritative ever to look at the apparitions — would be issuing a “favorable” report. That commission already has stated — in an overwhelming vote — that the first days of the apparitions, which began on June 24, 1981, are authentic. Such approval, however, is not yet official.

“What I find touching is that all seers have turned to family life,” the archbishop further noted. “At the time we live, the family is of enormous importance. All live with family. Those who were teenagers at the time are already grandmothers. 37 years have passed! ”

Still, he acknowledged that a final decision on authenticity “will have to be made by the Pope.

“The file is now at the Secretariat of State. I believe the final decision made [will be positive],” he concluded to Aleteia.

Pope John Paul II privately called Medjugorje “the fulfillment of Fatima”; the archbishop’s statements come during the conclusion of the Fatima anniversary year and the day before the Feast of the Immaculate Conception.