When it comes to apparitions, a new trend seems afoot: the allowance of devotion at sites the Church for decades, since the sweeping modernizations after Vatican II, has assiduously avoided.

In Italy, in a sharp reversal, the bishop of Bergamo, Monsignor Francesco Beschi, last week set aside a longstanding prohibition against devotions at an alleged apparition site in Ghiaie di Bonate, a hamlet northeast of Milan. That erased a ban that had been in place since 1948!

The order, at the behest of Rome, acknowledges that pilgrimages and devotions inspired by thirteen apparitions that took place over a period of twenty-one days from May 13 to May 31, 1944 have continued non-stop, bearing obvious fruit in what the bishop described, on an order technically executed on February 11, the feast day of Lourdes, as a “true, concrete, and humble” way. 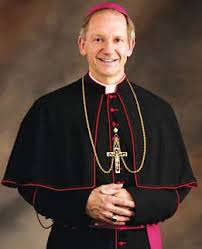 In the U.S., a bishop in Illinois, one of America’s most conservative prelates, Thomas John Paprocki of Springfield, recently affirmed that devotions are allowed when it comes to the “Our Lady of America” apparitions. In a formal letter, he told a recent inquirer:

Another very conservative bishop — Archbishop Raymond L. Burke, who was prefect of the Vatican signatura — wrote a similar inquirer years back saying, “What can be concluded canonically is that the devotion was both approved by Archbishop Leibold and, what is more, was actively promoted by him. In addition, over the years, other Bishops have approved the devotion and have participated in public devotion to the Mother of God, under the title of Our Lady of America.”

In Bosnia-Hercegovina, meanwhile, devotion and even official parish pilgrimages are now formally allowed by the Vatican at Medjugorje after nearly forty years. This occurred when an initially skeptical Vatican envoy or “apostolic visitor,” Archbishop Henryk Hose of Poland determined, after months of observing the place first-hand, that the message there “can be put at the same level as that delivered in the French city of Lourdes and the Portuguese city of Fatima” (according to a report in Crux Now.) He called Medjugorje — which has two-and-a-half million visitors a year, despite previous vehement opposition to it — “the spiritual lungs of Europe.”

One must take this all in: Medjugorje has not just a pastor overseeing it, not just a shrine rector, but now its own archbishop, which may be without precedent in major apparitions — replacing the authority of an antagonistic bishop in the nearby city of Mostar.

“With regard to the international phenomenology, they are very similar,” Archbishop Hose said, according to the website Total Croatia, in comparing it to Lourdes and Fatima. “These are certainly the three greatest pilgrimage sites. The power of grace that is felt here, the power of God’s words here proclaimed, make us witness to many radical transformations that are happening here. Medjugorje has become the confessional of the world.” There is a difference between Archbishop Hoser and many skeptics: he actually went there.

Still, there is a significant degree of exasperation among the faithful. As one comment noted at the end of a blog concerning the Paprocki letter, “Bishop, you say that the reported apparitions and messages of the Blessed Virgin Mary under the title of Our Lady of America are currently being studied. How long have you been studying it and how long will it take? It’s frustrating to me that it takes you guys so long to complete your study and to come to a conclusion. It’s already been too long. Countless souls suffer and countless others perish because the American bishops are slow, indecisive, fearful…” The apparition started sixty-two years ago.

Just this week, we were sent an alleged Eucharistic “miracle” — what seems like a Host beating as a heart in the monstrance at a church on the East Coast.

That church and even the locale will remain unnamed. We had to remove that information after being informed a priest there was very upset word had gotten out.

If this is because there is need to make certain it is not a hoax or diabolical, or due to the instruction of the bishop, such shielding of information is understandable, obedient, and prudent.

Is it a true miracle? We have no clue. It seems a bit spectacular. We’ll be interested to see if it goes any further. If authentic, it is remarkable and edifying indeed (at a time when edification is desperately needed). A balance must be sought: caution but also care that we don’t hide the Light under a bushel (Matthew 5:14).