Signs, a Pope, and how St. Faustina Foresaw The Second Coming 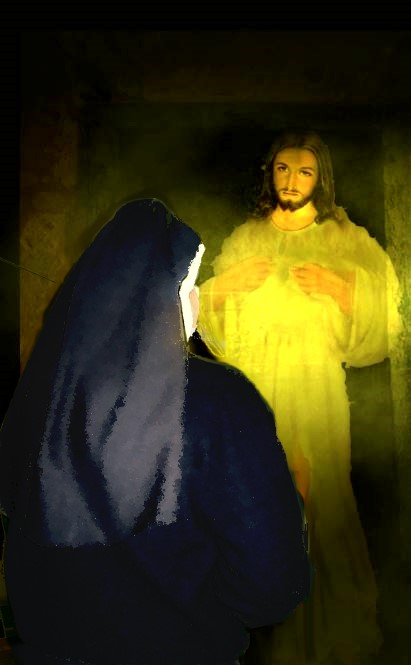 However much we’re wary of overly apocalyptical prophecy (and try to especially weigh those that proclaim something as dramatic as the Second Coming), there’s no doubting that one such prediction came from a recently canonized saint.

That was St. Maria Faustina Kowalska of the Divine Mercy revelations, who was canonized in 2000 and whose revelations were celebrated Sunday.

“Speak to the world about My mercy,” Jesus allegedly told her. “After it will come the Day of Justice. You will prepare the world for My final coming. Tell souls about this great mercy of Mine, because the awful day, the day of My justice, is near.”

The “justice” referred to in certain of Faustina’s revelations may have pertained to World War Two — which was just around the corner in the mid-1930s, when Faustina, a resident of Poland, was receiving her messages — but the references to Christ’s return spell a larger and longer scenario.

Keep in mind that we’re not obligated to accept them; while Faustina was canonized, her prophecies have not been officially sanctioned (such messages, even from a saint, rarely are).

But they are certainly worth close scrutiny, and they indicate that God is serious about purification despite those who have tended to focus only on His mercy.

“Before the Day of Justice. I am sending the Day of Mercy,” Jesus told Faustina. “I am prolonging the time of mercy for the sake of sinners. But woe to them if they do not recognize this time of My visitation.”

In one entry Blessed Faustina said, “‘As I was praying, I heart Jesus’ words: ‘I bear a special love for Poland, and if she will be obedient to My Will, I will exalt her in might and holiness. From her will come forth the spark that will prepare the world for My final coming.’ ”

Was this a reference to John Paul II? We all know the Pope is from Poland, and he ended up having a pivotal role in the recognition of Divine Mercy — culminating with his canonization of Faustina.

Even if the “spark” refers to the fall of Communism, which started in Poland, this too is inextricably linked to John Paul, who was a secret force behind Solidarity (the union that overthrew Communist rule).

And according to other revelations, he has been “handpicked” by the Virgin, to whom he has an intense devotion.

During an apparition at Medjugorje on September 3, 1981, Our Blessed Mother reportedly went to a large picture of John Paul and firmly hugged it, smiling. She told the seers to look upon him as everyone’s father and visionary Marjana Soldo commented that, “the radiance in his eyes is the same as Our Lady’s.” 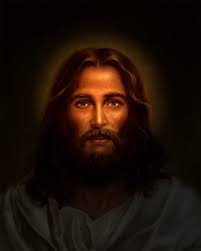 Meanwhile, the famous Faustina prophecy that the sky will turn dark and there will materialize a great luminous cross is curiously connected with a hidden event that occurred in the fourth century.

The prophecy by Saint Faustina, also recorded in her diary, conveyed these alleged words from Jesus in the 1930s: “Before I come as a just judge, I am coming first as the King of Mercy. Before the day of justice arrives, there will be given to people a sign in the heavens of this sort: All light in the heavens will be extinguished, and there will be great darkness over the whole earth. Then the sign of the cross will be seen in the sky, and from the openings where the hands of feet of the Savior were nailed will come forth great lights which will light up the earth for a period of time. This will take place shortly before the last day.”

That prognostication connects with an event recorded over Jerusalem in the fourth century by Saint Cyril of Jerusalem, a doctor of the Church.

In a letter to the Emperor Constantius, he wrote:

“On the nones of May, about the third hour, a great luminous cross appeared in the heavens, just over Golgotha, reaching as far as the holy mount of Olivet, seen, not by one or two persons, but clearly and evidently by the whole city. This was not, as might be thought, a fancy-bred and transient appearance: but it continued several hours together, visible to our eyes and brighter than the sun. The whole city, penetrated alike with awe and with joy at this portent, ran immediately to the church, all with one voice giving praise to our Lord Jesus Christ, the only Son of God.”

The “nones” would be May 7 and when related to hours of the day in the ancient Church meant the fifth of seven canonical hours and came at the ninth hour of the day or at about 3 p.m. — which Saint Faustina was to proclaim as the “hour of mercy” almost 1,600 years later.

[resources: The Diary of Saint Faustina and The Last Secret]