As occasionally we do, it seems time to discuss our health — the care of God’s great creation, which includes His “temple,” the human body.

Are you starting to cut down on refined sugar (which can be an actual addiction)? And processed foods? (Almost the entire middle part of the supermarket is problematic.) Are you reading ingredients and checking for too many carbs and too much sodium and long-tailed chemical ingredients?

Simplicity means — healthy. Go to organic, grass-fed, free-range meat — to what is closest to how God made it. Watch the water you drink. Incredible as it may sound, recent tests have detected the residues of plastic in more than ninety percent of it!

Those are some basics.

In other regards, watch your exposure to electromagnetism.

So artificial and controlling has our society become, so “sophisticated,” that they want to implant everyone with a microchip that would replace credit cards and car keys.

The latest iPhone has face recognition.

Already, you are photographed everywhere you go. At the airport, they see right through you. The dentist will not clean your teeth without an x-ray.

Our society, our air, our bodies are suffused with electromagnetic waves, to which the human organism, as God fashioned it, is not accustomed.

In particular are we subjecting ourselves to too much wifi and cell-phone radiation?

While, just a few months ago, there were those who took sharp issue with a story about the possible link between cell phones and brain cancer (particularly the type called glioblastoma multiforme), recent research is increasingly bearing this out, something brought into sharp focus with the news about Senator John McCain (who follows other prominent cell-phone users such as Ted Kennedy, Beau Biden, and Johnny Cochran as dying from the disease). 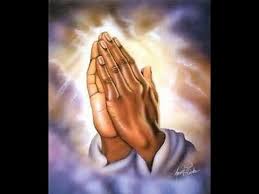 Just: be prudent. Use wired earphones (not bluetooth). Keep anything that emits electromagnetism from too close to you at night (including digital clocks). Consider putting a timer on your internet router (which at the least — it is being shown — may disrupt sleep). Wifi radiation is not the problem, though, that cell-phone radiation seems to be.

“Because cell phones usually are held near the head when being used, the main concern has been whether they might cause or contribute to tumors in this area, including:

“A few studies have also looked at possible links to other types of cancer, such as skin cancer and testicular cancer.”

And back to food: besides sugar, one has to limit products with refined flour. Consider how quickly white flour turns into sugar in the body. It is no longer the “staff of life,” the type of bread that Jesus broke and multiplied. 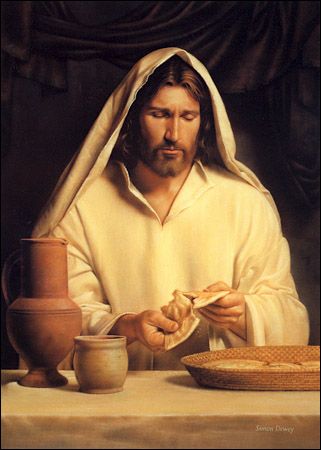 Besides serious chronic issues that range from arthritis and artery blockage to cancer, with a healthier diet we often prevent lesser problems, such as allergies, which are can be the first sign of trouble in the body — that the body is rejecting what we are putting in it, that we are weakening the immune system (which fights cancer). Eat as Jesus, Mary, and Joseph ate, or as close to it, in this modern mass-market society, as you can.

Take it from Jacquie Nevinger of Lafayette, Indiana.

“It is a long story but I have figured out that I can not eat processed foods with out breaking out in a rash from head to toe,” she wrote us. “Almost look like cigarette burns.

“At first, the assumption was that I had developed a gluten allergy or sensitivity. Gluten-free diet is not my favorite food but when I fasted from wheat products the outbreak would finally heal. It takes weeks if not months of total abstinence of wheat products to achieve this. This is hard for me as I have a love of cookies and pastries! And just plain bread for sandwiches.

“Eventually, I figured out that if I used organic flour my skin did not break out in the unsightly rash.

“Bottom line:  as long as I use organic flour my skin remains clear. One store-bought or commercial cookie and I break out in in this blistery rash. Makes me wonder what is going on inside of my body?

“One other note: When I use regular flour (or store-bought foods with flour) for a period of time I noticed that I put on weight around my middle. And losing weight is really difficult. But when I stay with organic flour and foods then the ‘spare tire’ diminishes!

“I am so glad there are others who are beginning to see the damage our food industry and pharmaceutical industries are doing to our bodies!”

All in the name of mammon.