We wrote previously about what appear to be viable measures that may bolster your immune system against the nefarious coronavirus. That article, from last week, is repeated in its entirety below.

Nothing is more important than your immune system, and vitamin C is huge when it comes to that, while vitamin D helps the respiratory system (which SARS-coV-2 targets), as is zinc, which according to mainstream medical journal articles has been found to somewhat stymie the virus [see here].

In addition to supplements (including Airborne, available at any pharmacy and many supermarkets), zinc is prevalent in red meat, oysters, lentils, beans, shrimp, eggs, hemp seeds, flax and pumpkins seeds, nuts such as peanuts, almonds, and cashews, milk, and cheddar cheese. Augmenting these with a supplement seems very wise. Eat much citrus.

Drinking much water may also help, for water flushes out the system and helps the body fend off so many ailments.

It has been found that digestive juices destroy coronavirus (which is why experts allow takeout food), and so it makes sense to keep flushing out your mouth and throat, while also continuing to sanitize your hands at every potential exposure (especially those buttons and screens at the checkout; if possible, use straight rubbing alcohol).

If feeling ill, elderberry tea or lozenges may help. So may alkalizing the body (lemon juice is great for this; in plagues of old, some swore to the benefit of honey, taking baking soda (in very measured amounts, such as half a teaspoon in water periodically), and whiskey; we don’t know about that — but manuka honey is a real possibility). Unscientific? Unfortunately, we don’t have time for years of laboratory experimentation.

It may be that it’s not just one-time exposure to the virus that causes illness (though this can be enough to do it), but multiple exposures — in other words, volume. That may be why we see entire families wiped out and nursing homes in crisis. The exposure within a single house is frequent and the virus in higher volume.

Do wipe off packages, and do use alcohol or, better, chlorine-products on the door knobs, faucets, and other frequently touched surfaces in your home. While it may not be possible to completely avoid this insidious pathogen, reduce your volume of exposure. Here’s a video on disinfecting the home.

What do they mean by underlying conditions? Those can be many. Primarily, the issues revolve around diabetes, obesity, serious heart disease, moderate to severe asthma, hypertension, age, kidney problems, and compromised immune systems.

And of course pray: it is the key at this time. Here are online Masses and Adoration here and here. See also here.

In prayer, the Holy Spirit allows us to “intuit” what our individual bodies need.

Note: in an article earlier this week, we noted how an alleged mystic, Marie-Julie Jahenny, once suggested hawthorn as a remedy for plague. We neglected to mention that some believe hawthorn branches formed Our Lord’s Crown of Thorns, and we note here again the irony, during Lent, of a virus called “corona” (which means “crown”).

There are rumors that Maria Esperanza once also suggested taking a concoction of hawthorn an illness that would afflict the young (which corona does not yet seem to do as much as the old). And we have never confirmed that she said any such thing. We urge great caution and discernment with such things. But notes a blog: “Maria Esperanza of Betania, considered to be one of the greatest mystics of our time, received a remedy from Jesus before she died, according to Wendy Benedick, who worked with Esperanza for over 14 years. Whether or not this remedy was meant for the bird flu or some other illness is not known. Before Esperanza’s death on August 7, 2004 at the age of 75, Benedick says Jesus gave the mystic a remedy for a plague that was to come. Below is the remedy as Benedick stated it was given to her by Esperanza: ‘I am going to give you a remedy for the illness of infants (and small children}. You must take the leaves from the hawthorn plant and steep them into a tea for 8 minutes. Then administer the tea orally to the infant (or child) 1/4 cup at a time, continually throughout the day and night, until the ravages of the illness subside. The symptoms will be flu-like, with a high fever, purple-blackened color to the lips, jerking and flailing like convulsions.’ According to Benedick, this remedy was given to Maria Esperanza for the times we are living. Esperanza told her that this plague would take many babies and children and there will be no ordinary remedy, or medicine that will work. This information is for your discernment. Visionaries throughout the ages have made predictions of the future, and even those who were eventually canonized (became Saints) have been wrong about certain events and/or timing. Some believe that the above remedy will only work in conjunction with prayer.

In this time of health crisis there is no disputing the critical practice of sanitization: Everyone should be using such things as alcohol cleanser and more importantly soap and water with each jaunt out of the house, even sanitizing one’s hands after every stop (if any stores are open), so as to prevent contamination, for example, of the steering wheel.

But let’s be realistic: it may be impossible to keep away all exposure to coronavirus. And here’s the point: With all the countless ways this pathogen could find its way into your environment — repairmen, landscapers, deliverymen — one has to look at what is your very best bet: bolstering your immune system.

A strong biological “firewall” is a formidable defense against most viruses (including flu and colds) and may well prevent or mitigate illness despite exposure.

And so let’s get down to a few specifics.

Ironically, seeing how this has all occurred during Lent, many are those who believe that fasting improves immunity, giving the body time to regroup and cleansing the bloodstream and organs of impurities. Pray. Fast. Don’t let fear grip you.

A while back, a paper filed with the National Institutes of Health reported that a garlic extract had effects on avian infectious bronchitis virus, a single-stranded RNA virus that belongs to the family of coronaviruses.  (A bit of technicality here: “All viruses in the family of coronavirus replicate in the cytoplasm of infected cells. By comparing the results of two strains of IBV, it can be concluded that garlic extract has a significant effect on Intervet 4/91 as a sub-acute strain both in the mixture with several dilutions of virus and as a treatment, 8 hr after exposure to the virus.”)

There are of course many foods that assist our immunity: mushrooms, green tea, pomegranates, and sweet potatoes among them. If you are allergic to one of the above, or can’t tolerate something like zinc, seek a replacement. If you have a serious medical condition, always consult your physician.

As for supplements: vitamin C seems to be the consensus champion (1,000 to 5,000 mg a day, in a situation like this), as well as vitamin D to help against respiratory infection (the way the coronavirus seems to cause the most damage) and zinc (which is available in products at your pharmacy or supermarket such as Airborne).

Why vitamin D to lower risk for respiratory illness?

Our bodies need adequate vitamin D to produce the antimicrobial proteins that kill viruses and bacteria. 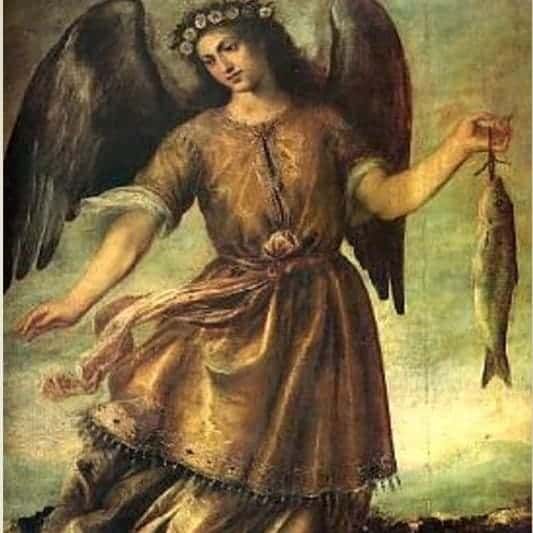 “If you don’t have adequate vitamin D circulating, you are less effective at producing these proteins and more susceptible to infection,” says Dr. Adit Ginde, professor of emergency medicine at the University of Colorado School of Medicine and the study’s lead author. “These proteins are particularly active in the respiratory tract.”

Oily fish such as mackerel, tuna, salmon, sardines, herring, and trout also seem to be helpful, as are flaxseeds, as far as general immunity.

Get your rest. Try to relieve yourself of stress. Don’t eat within three hours of going to sleep (so as not to disrupt it). Take melatonin (a natural supplement) if you have trouble getting back to sleep.

Most importantly, pray to the Holy Spirit, asking what your body specifically needs, since every body is different.

[A further note on stress: “In a series of remarkable studies over 20 years at Carnegie Mellon University, volunteers were exposed to the cold virus (using nose drops) and then quarantined for observation,” reports The New York Times. “The researchers found that people who reported less stress in their lives were less likely to develop cold symptoms. Another series of studies at Ohio State University found that marital conflict is especially taxing to the immune system. In a series of studies, the researchers inflicted small wounds on the arms of volunteers, and then asked couples to discuss topics both pleasant and stressful. When couples argued, their wounds took, on average, a full day longer to heal than after the sessions in which the couples discussed something pleasant. Among couples who exhibited especially high levels of hostility, the wounds took two days longer to heal.”]

[From the Mail (for prudent discernment only): “I found out about chaga mushroom and high doses of vitamin C and taking vitamin D stops and kills covid-19 a few months ago.  I believe this will keep you safe and save our lives. A herbalist in China had 17 elderly patients being treated for cancer, 15 took chaga, two didn’t….the virus came through his patients, 15 that took chaga did not get overly sick, the 2 that didn’t take it died. Vitamin B’s and niacin may stop body from cytokine storm. Vitamin C dose at 23-50 mg/kg (person weight) & chaga will stop virus from taking hold.” Frank Kunkel]

[resources: The God of Healing]
ShareTweeteMail