In Syria is a mountain with a shrine that is devoted to the Blessed Mother, who allegedly has appeared or otherwise manifested there for decades. It’s called  Jabal- Al-Saydah in Wadi El-Majwer and it was while staying next to this mountain, in 1988, that a Syrian doctor and his family had what they describe as a profound experience with the Blessed Mother. 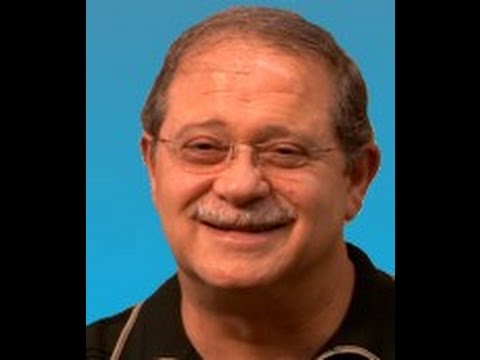 This is Dr. Isaam Nemeh of the Cleveland area, and while we can’t vouch for claims that he is a supernatural healer, and while some question his techniques (while others attest to dramatic cures of major ailments), what seems clear is that something happened, and that this doctor, who was born in Syria, and attended medical school in Poland, with a medical rotation in Germany (at one time an open-heart surgeon, now an anesthesiologist; he started residency in 1984), is not afraid of pursuing supernatural matters.

It was in the middle of the night — back in Syria for a wedding — that it occurred, and as wife Kathy recalls:

“We were in a large bedroom with huge picture windows. The curtains were drawn and there were frosted glass doors. We put two queen beds together so our children wouldn’t roll off. My back was to the door.

“At three o’clock in the morning I saw a light coming into the bedroom. The light came and stood at the foot of the bed, and all of a sudden you felt this peaceful beautiful calming feeling and I tried to look and the Blessed Mother started talking to my older daughter Fadia. It was angelic. I never heard a voice like that in my life. Then the Blessed Mother started singing to [our younger daughter] Ashley and Ashley started singing back. I was frozen. I couldn’t even react.  Before I knew it, she was gone. But not for my husband. She continued for him.” 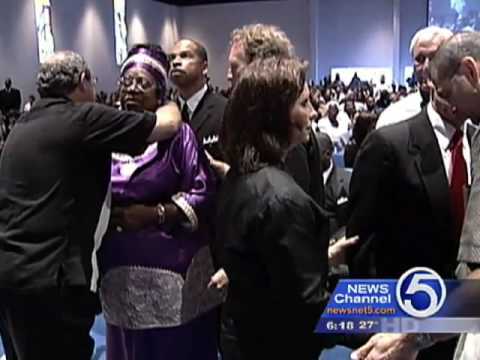 In fact, Dr. Nemeh, who is from a very devout Catholic family, and is widely described as humble and unassuming, says he has been witnessing visions of Mary and other phenomena since childhood, including icons in church which seemed to come alive.

In 1988, she came, Dr. Nemeh tells us, with a message for unity among all people — something she also requested elsewhere in Syria during Church-sanctioned apparitions in Soufanieh. At first Kathy didn’t even know that her husband too was seeing the Virgin Mary, but indeed he also saw her “walking into the room.”

We submit this all for discernment. Dr. Nemeh has been featured, of late, on the Dr. Oz show, as well as the 700 Club. We wrote about him about eight years ago [see here]. And a remarkable story it is. The Diocese of Cleveland tells us that they are neutral about his phenomena. Years ago, former Bishop Anthony Pilla attended one of Dr. Nemeh’s healing services and spoke positively about him, allowing him to minister in churches. The same was true of an auxiliary, Bishop Roger W. Gries, who went so far as to “encourage” the faithful to attend Dr. Nemeh’s services, which often last late into the night and even small hours of the morning.

Literally tens of thousands have attended such events or have visited him via personal appointments. We’ll have a special report in coming weeks on what he says he has been told about the future.

As always, one is advised to fast and pray before attending any healings services, especially ones during which hands are laid on the infirm. In addition to alleged spiritual healing, Dr. Nemeh, who no longer practices anesthesiology, employs in his medical practice the controversial Eastern method of acupuncture, which many deem “new age.” Dr. Nemeh argues that he does not practice the Eastern approach to it, but rather does everything in a Catholic framework, again for our cautious discernment.

There are many who assert healing from everything from minor ailments to multiple sclerosis and cancer. There have been extreme cases, he says, in which even genetic illness and deformities have been healed, including ones involving deformed heart valves or missing optic nerves.

Difficult to believe? That goes without saying. He estimates that more than 300,000 people have attended his services or come through his office in the last twenty-eight years. He says he first recognized a healing gift again as a youngster. “When I met him 36 years ago, he said all this was going to happen,” says his wife, “that people would be coming to see him from around the world.” And so they have.

In his office are hundreds of religious items. Not only Catholics but Protestants, Hindus, Buddhists, Jews, and even atheists come seeking a cure. He believes that the Blessed Mother works alongside him. And still appears.

“He doesn’t talk about it much,” says Kathy of his visions. But others have seen manifestations, including an illumination one night that lit up a side of their home, visible even to neighbors.

Both caution and open-mindedness are always in order — along with that prayer and fasting. Pray for the guidance — and healing — of the Holy Spirit.