Update: Leading U.S. candidate may now be Pfizer or Janssen, not Moderna]
Janssen (Johnson and Johnson) reportedly use cell lines from aborted fetuses.
From the London Mail [caution, tabloid]:

President Trump hinted on Monday that Pfizer may be pulling into the lead in the race to make a coronavirus vaccine. ‘Pfizer’s doing really well,’ Trump said in a Fox News interview. ‘Johnson & Johnson…they’ll probably be a little later.’ [For Full Story]

Previous article:
Here in the U.S. we’re in the homestretch not only of campaigns (perhaps better spelled “campains”) but also of the race to have a vaccination in fact by the presidential election.
+

The big question — in addition to the overriding ones about effectiveness and safety —  is whether whatever vaccine that’s chosen will have been derived in part from the cell lines of an aborted “fetus” (as pro-choicers and scientists call the unborn). We have previously pointed out that a vaccine so derived is unacceptable. Period.

And unfortunately, right now the frontrunning vaccines — from firms with names such as Janssen and Moderna and AstraZeneca — are just that. Not acceptable. You can get a good rundown here.

As examples, Moderna, AstraZeneca, and a Chinese firm were or are using what they label “HEK-293,” a cell line originally derived from kidney tissue taken from a baby girl who was aborted in the Netherlands in 1972 and later developed into a cell line in a lab in 1973. (Update: Moderna apparently does not now use such lines. Notes a website dedicated to the topic: “Previous version of this article incorrectly stated that the mRNA sequence in Moderna’s vaccine was produced using HEK-293 cells. mRNA vaccines such as Moderna’s are manufactured cell-free. Rather, Moderna’s vaccine was developed collaboration from NIAID. NIAID had conducted research using HEK-293 to isolate and study the SARS-CoV-2 spike protein. This article was updated to reflect these facts.”)

Janssen, which is a division of Johnson & Johnson, is deploying “PER.C6,” a cell line that was derived from retinal tissue taken from an 18-week-old baby boy who was aborted in the Netherlands in 1985 and converted into the “fetal” cell line in 1995.

Let’s be polite: It just does not ring right. Now let’s be blunt: it’s a travesty.

We know: the Church says that despite such an origin, if no better vaccine can be found, it is morally acceptable because the person vaccinated had nothing to do with the abortion and the vaccine is for the greater good of the populace — will perhaps save many lives. This has been Rome’s stance for many years.

The question of the hour, the minutes of which move fast: Should that stance be revisited?

The frontrunner in the U.S., Moderna’s vaccine candidate mRNA-1273, is “nearing the finish line in its push to enroll 30,000 individuals in a late-stage trial of a novel coronavirus vaccine,” says Reuters today. “As of Wednesday night, Moderna had enrolled 25,296 participants. Moderna, which has never brought a vaccine to market, has received nearly $1 billion from the U.S. government under its Operation Warp Speed program. It has also struck a $1.5 billion supply agreement with the United States.”

BUT MODERNA IS APPARENTLY DEPLOYING A VACCINE THAT DOESN’T HAVE SUCH AN ABORTION CELL LINE. Hopefully, if that’s the case, they’ll get the contract.

We thought we were moving in a strictly pro-life direction.

As the Population Research Institute points out:

“The U.S. government has made grants totaling nearly $2 billion in support of the development of COVID-19 vaccines using fetal cell lines. Most of this funding has been awarded through the Biomedical Advanced Research and Development Authority (BARDA), a division within the U.S. Department of Health and Human Services (HHS).”

Keep a close watch, especially in October, November, and December.

In the meantime, should you get a vaccination for regular influenza?

Obviously, that’s up to you (and hopefully always will be up to you).

Some say a flu vaccination can be partly protective against covid, which despite all denunciations of being a hoax — perhaps overplayed by the secular media, which wants the pandemic to be a deciding factor in the election, a negative for the president — is a pathogen with daunting features — not just in how it can create permanent damage to certain organs (lungs, kidneys, brain, unlike most flu bugs), but can do so even if a person has no symptoms. New evidence indicates in some cases it thickens or shreds heart muscle, not to mention can cause those infamously acute and fairly terrifying respiratory issues.

President Trump told a reporter last spring it is five times deadlier than your typical serious influenza. He says he personally knew six who have died from it. 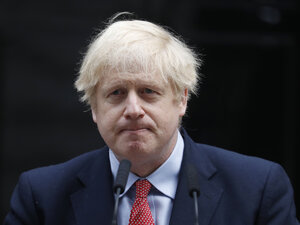 Fairly long has become the list of covid skeptics who then contracted the virus and suffered greatly, among them U.K. leader Boris Johnson (“it could have gone either way,” said the shaken leader after release from intensive care); prominent Republican Herman Cain (who declared it a hoax but died from it); and former Italian premier Silvio Berlusconi (“It has been the most dangerous test of my life,” he said recently). So let’s be careful about underplaying it, as well as overplaying it.

There are the rank and file.

“Scot Rice was a virus skeptic, believing it was a hoax meant to hurt Trump and the economy,” notes a report from Wisconsin. “But then the disease seeped into the paper mill where he works, and he was stricken, suddenly losing his appetite, even for his favorite Taco Bell. He lay in bed, feverish, drenched in sweat. Two air-conditioner units didn’t cool him. His body seemed at war with itself. After 16 days at home, Rice told his co-workers that the disease was scary and real.” 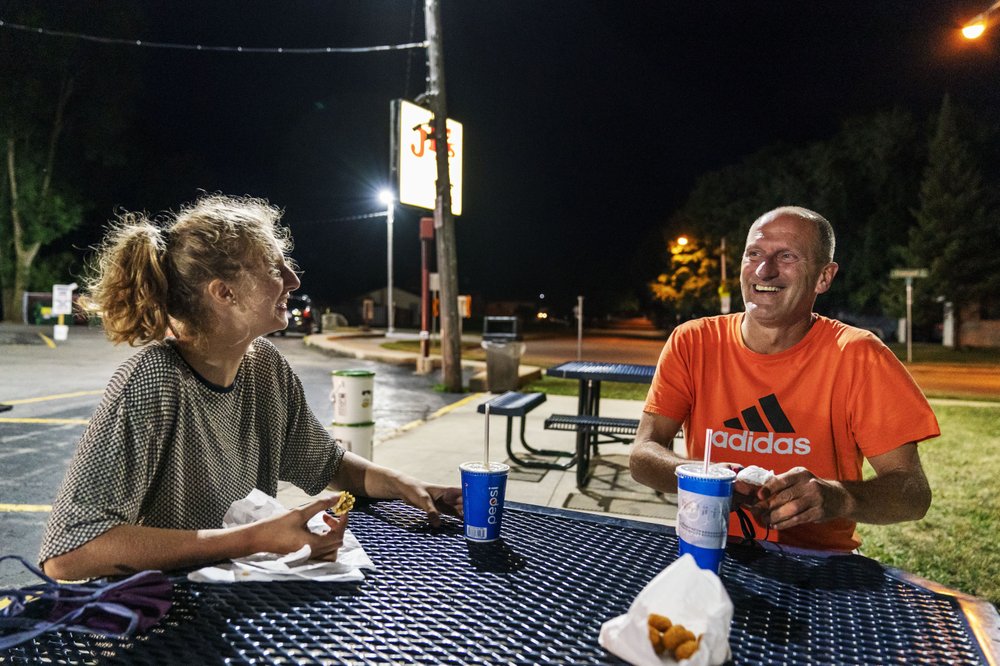 Be careful. Set aside biases. That this is a political football is beyond unfortunate.

In Iadaho a Coeur d’Alene pastor who opened his large church in early May for in-person services that allowed and even encouraged unmasked congregants to gather has been recovering from COVID-19 at the Kootenai Health intensive care unit. Says a report: “Paul Van Noy, the senior pastor at Candlelight Christian Fellowship, has spent the past two weeks in the ICU while his wife, Brenda Van Noy, recovered from her own bout with COVID-19 at home. Five other church staff have been infected, said Eric Reade, body ministry coordinator the church.”

There are some who are now saying that wearing a mask — because it cuts down exposure to the virus, and allows the body to slowly adjust to whatever does get through — may be better than a vaccine.

“I might even go so far as to say that this face mask is more guaranteed to protect me against covid than when I take a covid vaccine, because the immunogenicity may be 70%,” said Dr. Robert Redfield, the director of the US Centers for Disease Control and Prevention, in testimony a few days ago. “And if I don’t get an immune response, the vaccine is not going to protect me. This face mask will,” he told lawmakers, adding said a report “that the American public has not yet embraced the use of masks to a level that could effectively control the outbreak.”

President Trump strongly and publicly disagreed and this week disavowed Dr. Redfield’s viewpoint. The doctor has since altered his view, focusing on the importance of vaccinations.

We report. You discern. Hopefully you have noticed that we try to present information from all angles, as long as it is not contrived and hyper-politicized. 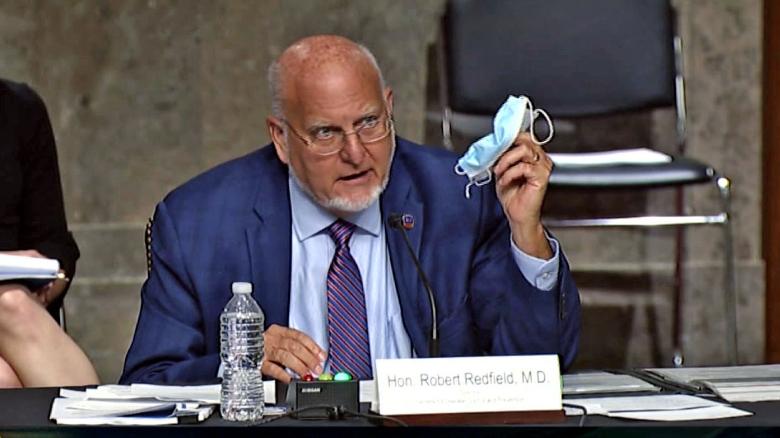 What about those regular influenza vaccines?

In the mail we received the following, no doubt debatable, points. And let us realize that every medication has a list of disclaimers, often a long list of potential but rare effects.

“SOME INFO FROM THE FLU VAX INSERT (not the store ‘info’ sheet),” said the widely circulated e-mail:

1. The single dose vial contains mercury at ≤1mcg (This is called a “trace amount” by the industry.) The multi-vial contains 25 mcg.
2. People with egg allergies are contraindicated.
3. “Safety and effectiveness have not been established in pregnant women, nursing mothers and children under four. There are no adequate and well-controlled studies in pregnant women. This vaccine should be used during pregnancy only if clearly needed. It is not known whether fluvarin is excreted in human milk.”
4. “Fluvarin has not been evaluated for carcinogenic or mutagenic potential, or for impairment of fertility.”
5. “Antibody response is low in the geriatric population.”
6. “Serious reactions, including anaphylactic shock, have been observed.”
7. “There are no data to assess the concomitant administration of flu vaccine with other vaccines.”
8. “The vaccine has been associated with an increased frequency of Guillain-Barre syndrome.”
9. “In some studies, fluvarin protected up to 50% of subjects. With love to those who read this far. Please share.”

There is biased news (very biased, in the mainstream media). There are rumors (via e-mail, Facebook, Youtube, and Twitter). There are fabrications (once more via e-mail, Facebook, Youtube, various blog posts, and Twitter; this is the actual “fake news,” as differentiated from “biased,” and especially prevalent on alt-left and alt-right “news” sites). There is stuff sneaking in from Russia and China.

Be discerning. Be strong in beliefs but not closed-minded; not fanatical.

Oh, the information (or misinformation) out there! Take nothing at face value, no matter how compelling or engaging a person is on Youtube or Facebook. And remember that the truth is the truth, no matter what you want the truth to be.