From the Hartford Courant:

Fr. Joe Whalen stands in the entryway to St. Anthony’s Church in Providence, Rhode Island. A white dove is perched above him. (Contributed Photo)
by Denise Coffey, Staff Writer (used with permission)
When Fr. John O’Neill took to the pulpit at St. James Church in Danielson on Aug. 16, it was to deliver a eulogy for Fr. Joe Whalen.

O’Neill didn’t mince words for the crowd that had gathered.

O’Neill has often told the story of Whalen, a man who entered the priesthood when he was 66-years-old.

His late vocation came after he’d spent the better part of his life drinking. He had married and had children. He also found sobriety through Alcoholics Anonymous. It wasn’t enough to save his marriage, however.

Five years of trying to reconstruct his life took its toll, but it also led him to the priesthood.

After he was ordained, Whalen spent 20 years ministering from the Danielson parish. Little more than a year ago, he moved to Hartford, where the LaSalette Missionaries have a home and infirmary for sick and elderly priests and brothers.

O’Neill is known for his quick wit, a sporting sense of humor, and a can-do attitude when it comes to the difficult and the unusual. He has been the pastor at St. James for 25 years. Soon after O’Neill got the Danielson assignment, Whalen came to stay.

“I looked over his application,” O’Neill said. “He’d been married, had five kids, was an alcoholic. I had to find something positive.”

Soon after Whalen joined the parish in 1991, he began a healing oil ministry with a handful of people. The circuitous path he took to the priesthood left him with belief in the possibilities of healing. He had a fascination for angels, and a special trust in the archangel Raphael. He named the healing oil ministry after St. Raphael.

“He was convinced,” O’Neill said. “He was into it and he packed them in wherever he went.”

That ministry is now in 50 states and 28 countries according to O’Neill.

Every healing service offered people an opportunity to go to confession, attend Mass, hear a sermon, and have hands laid on them for healing. As the ministry grew, as Fr. Joe’s name became more well known, more people showed up for the services. It became too much for him to do alone.

“He asked me to do some preaching, to hear some confessions,” Fr. John Welch said. 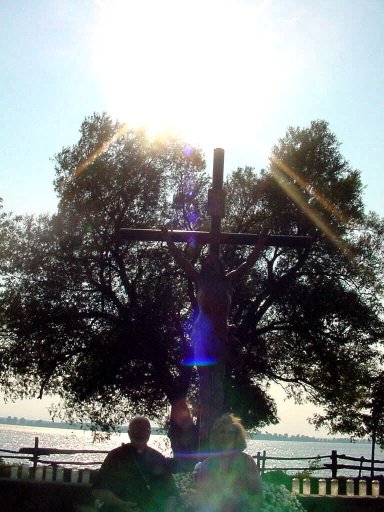 Welch is an 83-year-old LaSalette missionary. He too is a long time resident and senior priest at St. James in Danielson. Welch called the years he served with Whalen as the best four years of his life. He and the ministry team traveled across the country holding services. Welch saw people healed spiritually. He saw some healed physically.

“I thought this must be God’s ministry,” Welch said.

“Fr. Welch was his right arm,” O’Neill said. “He lightened the load; he did the preaching. Fr Joe did the healing. The healing services revitalized him. He was always exhausted until he saw the crowd. When he saw the crowd, he lit up, just like Bob Hope.”

Whalen took his inspiration from the Old Testament’s Book of Tobit. In that story, the angel Raphael comes to the aid of a man on a journey and woman bereft.

“That story and the journey of the young man who encountered Raphael inspired him so much he wanted to do this,” Welch said. “He wanted to make the oil and pray for the intercession of St. Raphael.”

“He always said he wanted to die with his boots on,” O’Neill said.

He is buried in the St. Francis Xavier Church cemetery  Winooski, Vermont.

A few moments from the week of August 8th 2016:
We took note of the license plate of the hearse that transported Fr. Joe to Vermont after his funeral at the LaSalette headquarters in Hartford, CT. (August 11, 2016)
The burial was Friday morning (August 12th)and we were under a flood watch with torrential rains. The rain poured down at morning Mass but the skies cleared at 10:00 AM for the burial, it was overcast and the air was very still. Msgr. Lavalley began the readings, suddenly there was a warm, strong breeze that lasted a few seconds. It turned Msgr. Lavalley’s funeral book to a different page, he told me afterwards, that he was moved to read that reading too. It happened to be John 19: 25-30, Fr. Joe’s favorite reading when he preached about Our Lady of LaSalette. He loved this reading!
After the burial I was standing by Fr. Joe’s grave talking to a friend. Suddenly we heard engines in the sky and looked up. My friend was astounded! He said that flying over Fr. Joe’s grave were five World War ll NAVY Fighter planes! There are less than 150 of those still use-able to fly and they were outfitted to land on carriers at sea. He said they were extremely rare. (Fr. Joe was a World War ll NAVY vet) I then told him that five was one of Fr. Joe’s favorite numbers and he always referenced it to the five wounds of Christ. 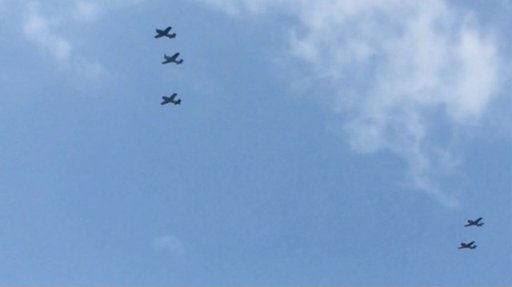 Fr. Joe gave us some wonderful signs that he is now watching over us.
He was a fighter for Christ, Our Lady and for us! We now have a powerful intercessor in heaven!
Death: August 8, 2016

In all ages, priests have been held in the highest honor; yet the priests of the New Testament far exceed all others. For the power of consecrating and offering the Body and Blood of our Lord and of forgiving sins, which has been conferred on them, not only has nothing equal or like to it on earth, but even surpasses human reason and understanding.

They are the life line between God and man we must always protect and help them.
As a person once wrote: “A calling where the pay is never great, the hours never short, and the hurdles never few. It didn’t seem to matter to him. A life of greatness precisely because he sought no greatness at all.”
THE KISS OF CHRIST
Lo, there He hangs,
Dying figure pinned against the wood.
God, grant that I might love Him
even as I should.
I draw a little closer to share His love divine,
and I softly hear Him whisper,
“Oh foolish child of mine, if now I should embrace you,
My hands would stain you red,
and if I bent to kiss you,
My thorns would pierce your head.”
‘Twas then I learned in meekness
That Love demands a price;
‘Twas then I knew that sorrow was just
The Kiss of Christ. 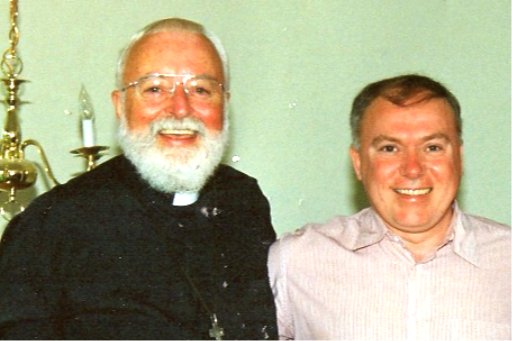