Do nations, like people, have “generational baggage” — and spiritual hereditary beyond cultural heritage?

Almost certainly, the answer is yes. Spiritual essence saturates the ground of this planet. Think: old Indian territories. Think: the Black Forest in Germany. Think: the holy places of Israel.

But it can be awfully perplexing — and at every turn, controversial.

Some bring up Padre Pio, who made at least a couple of remarks in this regard. At one point — probably during World War Two — he was asked about Germany and Russia and supposedly (underline supposedly) said that Russia had the potential for goodness, but that Germany was “rotten at its roots” (though certainly not Germans themselves — witness Pope Benedict XVI and millions of others; but instead pointing to the Nazis and their propagation of old Aryan myths).

This is touchy stuff.

There is no nation that doesn’t have baggage.

Ask English about Druids. Ask Ugandans about voodoo. Ask Italians about witchery. Ask those in India about the gods with a dozen heads — often “gods” of mayhem and destruction.

But back to Padre Pio.

Writes our friend Mary O’Reagan, from California, “Padre Pio made two prophecies concerning the conversion of Russia and America. Pio assured those who asked him if Russia would be converted that yes, she would be converted just as Our Lady foretold. He also said that the Russians would convert swiftly, but that the U.S. would convert slowly but surely. I’ve written a post that explains the context in which Pio gave these predictions. It was during World War II. On the two occasions, Pio was talking to U.S. Army personnel. Father Duggan was a chaplain in the U.S. Army, stationed near Pio, and he brought many of the men under his spiritual care to the stigmatist.

“The second man in uniform was Leone Fanning. Pio read his soul and said Leone was meant to be a priest, which struck Leone very deeply because he was nursing a call to the priesthood at the time. Both Father Duggan and corporal Leone did not resent Pio telling them that their own people, the Americans, would follow the Russians in conversion to Christ.

“Given all the [negative] publicity that Russia is getting, some people react badly to the idea that Russia is to have a swift, influential conversion. But it has happened before — only in reverse. [Our Lady of Fatima] said that we’d adopt the errors of Russia. Now, we may learn from the same people. If we can copy Russia in her bad ways, we can also copy her in her good ways.” [See her post here]

If, and when, that happens (it hasn’t yet; Russia leads the world in abortions, and the atrocities of the invasion are undeniable. Here’s a recent testimony from a nun).

But it is interesting in light of a supposed message from Medjugorje in the early days, during which the Virgin allegedly (again, underline that) said, in 1981, “The Russian people will be the people who will glorify God the most. The West has made civilization progress, but without God, as if they were their own creators.”

No one is sure to whom exactly the words were spoken to. Was it one of the six central Medjugorje seers, or local locutionists who in the early days were also quoted in widely circulated books and newsletters? Is it a legitimate message?

No proof quite yet. One waits. One discerns. In the mid-1980s, a seer at Medjugorje said that a nuclear war had been averted. And there were reports, perhaps related, that one of the secrets at Medjugorje (of a chastisement for mankind) had been lessened. Sister Lucia of Fatima once said that an atomic war nearly occurred in 1985 but had been averted by John Paul II’s consecration of the world).

Writes another (Kenneth Heck of Carlisle, Iowa): “One non-Catholic [indeed occultic; caution!] source for the idea of Russia becoming a bastion of Christianity is Edgar Cayce, as quoted in a newsletter. At the time these Russian prophecies were made, the Ukraine was an integral part of Russia. However, before Moscow became the capital of Russia, Kyiv functioned as the capital. The question for Edgar Cayce was — exactly what part of Russia are these prophecies referring to? Is it perhaps the Ukraine that will actually become ‘the hope of the world’ rather than the Moscow government? There are prophecies that Moscow will experience a nuclear bomb during the next world war and also much of the higher latitudes will become uninhabitable due to nuclear radiation and climate change (falling temperatures due to less sunlight reaching the surface). As you are well aware, prophecies can be quite tricky, since ‘Russia’ in these instances might be limited to the Ukraine and surrounding territory.” 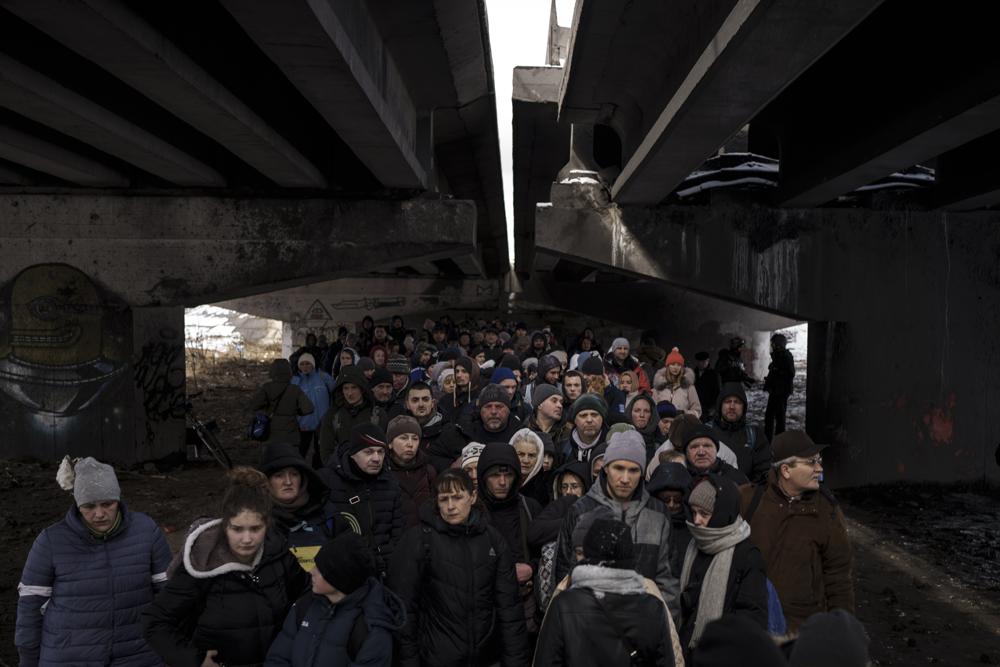 Meanwhile, also in the mailbag, Peter Recicar of Kosiche, Slovakia (seventy miles from the Ukrainian border), who says we are too slanted to the conservative news viewpoints and writes, “Catholics aren’t being told what is really happening. I spoke to a cousin, a few months ago, and said because of January 6th, I would have nothing to do with Trump. She said ‘Oh?, but wasn’t that Antifa?’ She only watches Fox, Hannity. A steady diet of demonizing Democrats and distorted news from conservative outlets, Christian news services…the fruit of which is family, long-time friends no longer speak, are filled with rage for the other side. You could change that, Spirit Daily. You have made some small attempts, but warning that Catholics are going down the wrong path, idolizing either Obama or Trump, turning to the world and politics for answers to our problems, instead of God, losing focus on what our purpose is here, to win souls for Christ! Your readers need to know there are some excellent journalists at N.Y. Times, CNN, and that Hannity, Laura Ingram, Tucker — there is evidence that they were telling viewers one thing, but privately were horrified and angry at Trump on Jan 6th. Each side is telling only a part of the truth; that is deceptive! Not pleasing to God.”

Yes, we are of the “conservative” perspective, but we present the best information we can find from many dozens of sources, conservative, moderate, and liberal. We try to take what is good and leave the rest. We feel commissioned to tell the truth, not hew to what is often propaganda, on all sides. One tries.

At Medjugorje, they are praying for Ukrainians and taking in refugees. The most recent message (April 25, 2022): “Dear children! I am looking at you and I see that you are lost. That is why I am calling all of you: return to God, return to prayer – and the Holy Spirit will fill you with His love which gives joy to the heart. Hope will grow in you, also for a better future, and you will become joyful witnesses of God’s mercy in you and around you. Thank you for having responded to my call.”

Says the seer who receives the monthly message, Marija Pavlovic-Lunetti, “I do not know if you are aware of this but I see how Satan is making fun of us! Therefore this must invite us to make sacrifices. Years ago I wrote to Gorbachev, now I would like to write to Putin: ‘Enough with this war!’ It seems that he is making improvements through the help of some priests, that his life is changing and that he is converting, but then, where is the fruit of this conversion? The Lord calls us to be bearers of peace, of joy; we can say this to him but also to ourselves because we are called to be witnesses.”

[resources: The Joy of Medjugorje]

[Footnote, from June Sherwood in Bavaria: “This morning the German news reported that Putin has ordered thousands of radical Muslim soldiers from Grozny to enter the Ukraine, to eliminate the government. The Russian soldiers are not as willing to fight as Putin hoped. Many are resisting bloody conflict with what they consider their  brothers/neighbors. The reason I am writing is because I also watched the BBC , and they did not mention fanatical Muslim soldiers or any… I thought maybe the news in the English-speaking world is being politically correct. Am praying for the protection of the people of the Ukraine. Thank you for all your efforts to keep and promote faith on your website.” Pray that the Holy Spirit helps us all discern, in these topsy-turvy times.]