It is a whiff, a subtle scent, of Heaven: the aroma of sanctity.

Saints had it, especially upon their death. An exquisite odor pervaded her monastery in Avila, Spain, when Teresa of Avila died. It was also present upon the death of Thérèse the Little Flower (an apt name indeed!).

At times, it has issued from the blood of stigmatics (as in the case of Padre Pio, around whom it was constantly present. In Pio’s case, it was even detected far away by those for whom he was praying.) When we first met Venezuelan mystic Maria Esperanza at her home in Caracas, it was clearly detectable a short while after she sat down with us, erupting sporadically and clearly not perfume). 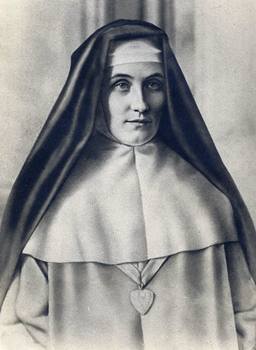 There are times “ordinary” people (really, no one is merely “ordinary”!) have issued it upon death, or when loved ones are thinking of them after their passage from this world. It has been encountered at deathbeds. At funeral homes. Near exuding statues. At apparition sites. There’s even a scientific name for it: myroblysia.

While skeptics have tried to claim it’s naught but perfume, or a hidden flower — perhaps a result of ketosis during or just after fasting (which causes what they call acetoacetic acid) — no one who has encountered it would seriously relate it to that.

Defined in physical terms, it is frequently depicted as a cross between lilies or violets and roses. In some cases, orange blossoms.

Remarkable was the case of Maria Droste zu Vischering, the daughter of a German count and countess (born on Our Lady’s official birthday, September 8, 1863). The scent in her case came from dust on her incorrupt remains. 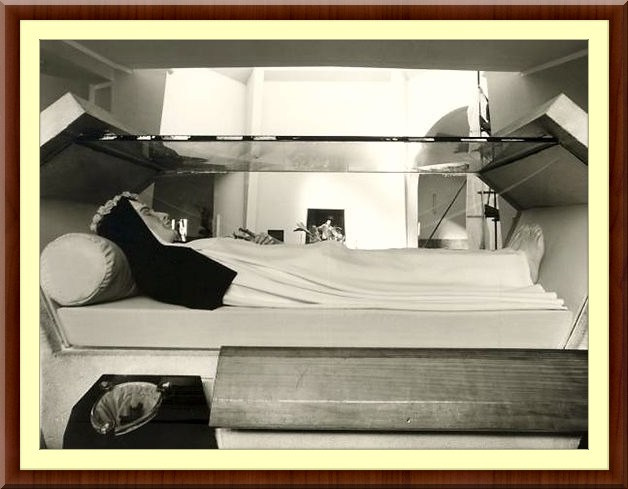 This woman who could have lived the high and easy life decided instead to enter an order called the “Congregation of Our Lady of Charity of the Good Shepherd” in Porto, Portugal, and, inspired by locutions, convinced Pope Leo XIII to consecrate the world to the Sacred Heart of Jesus — an act that the famous Pope considered the highlight of his pontificate! 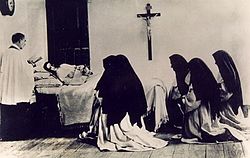 While Pope Leo initially disbelieved her, he became convinced when she quoted Jesus as promising the Pope healing from a serious affliction, which indeed occurred.

Maria died on June 8, 1899 — eve of the Feast of the Sacred Heart! Her decision to become a religious, meanwhile, had come on August 5, 1883 — the day the Virgin of Medjugorje was quoted as calling her actual birthday. She was declared blessed in 1975.

Who can deny the wonders of Jesus!

Who can deny miracles! And the ironic dates!

Who can deny the Catholic Faith?

And imagine, 2,000 years ago: the aroma that surrounded Jesus.

[The Pope’s prayer of consecration to the Sacred Heart:

Most sweet Jesus, Redeemer of the human race, look down upon us humbly prostrate before Thine altar. We are Thine, and Thine we wish to be; but, to be more surely united with Thee, behold each one of us freely consecrates himself today to Thy most Sacred Heart.

Many indeed have never known Thee; many too, despising Thy precepts, have rejected Thee. Have mercy on them all, most merciful Jesus, and draw them to Thy Sacred Heart.

Be Thou King, O Lord, not only of the faithful who have never forsaken Thee, but also of the prodigal children who have abandoned Thee; grant that they may quickly return to Thy Father’s house lest they die of wretchedness and hunger.

Be Thou King of those who are deceived by erroneous opinions, or whom discord keeps aloof, and call them back to the harbor of truth and unity of faith, so that there may be but one flock and one Shepherd.

Be Thou King of all those who are still involved in the darkness of idolatry or of Islamism, and refuse not to draw them into the light and kingdom of God. Turn Thine eyes of mercy towards the children of the race, once Thy chosen people: of old they called down upon themselves the Blood of the Savior; may it now descend upon them a laver of redemption and of life.

Grant, O Lord, to Thy Church assurance of freedom and immunity from harm; give peace and order to all nations, and make the earth resound from pole to pole with one cry: ‘Praise be to the divine Heart that wrought our salvation; to it be glory and honor for ever.’ Amen.“]