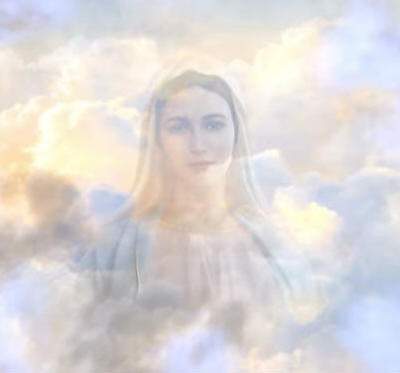 Not since the early days of Medjugorje, and perhaps during the brutal Serbian-Croatian conflict, which surrounded the town, has there been quite so stark a monthly message.

“Dear children,” it starts, as always, on the twenty-fifth of each month. Then:

“The Most High permits me to be with you, and to be joy for you and the way in hope, because mankind has decided for death.

“That is why He sent me to keep instructing you that without God you do not have a future. Little children, be instruments of love for all those who have not come to know the God of love. Witness joyfully your faith and do not lose hope in a change of the human heart. I am with you and am blessing you with my motherly blessing. Thank you for having responded to my call.”

It was these words — “mankind has decided for death” and “without God you do not have a future” — that sounded, if not a final warning, a message hearkening to a new and perhaps ominous stage of the apparitions.

Those apparitions of Mary — the first week of which have been formally authenticated by a Vatican Commission (involving one more apparition than at Fatima) — are usually brimming with optimism and hopefulness, with joy, even when serious events surround humankind, for Our Lady sees from the joyous perspective of Heaven.

But not this month of October. Not this month of both the Rosary and spiritual warfare. Not this time of constant nuclear threats by Russia, as the brutal war it provoked in Ukraine continues to generate carnage.

Was it related mainly to the war? Abortion, manipulation of embryos, and euthanasia also come to mind. The Culture of Life versus the Culture of Death, as John Paul II said. This is the overarching theme. Despite the over-ruling of Roe v. Wade, most of the world, and still a large number in the United States, continue, including now by pill, to exterminate the unborn. There are moves to codify abortion or open mobile clinics, circumventing the Supreme Court ruling.

The Polish translation of the message is yet more stark. “May the Most High allow me to be with you and be your joy and way of hope, for mankind has chosen to die. That is why He sent me to teach you that without God there is no future. Children, be instruments of love for all those who have not met God. Witness your faith and do not lose hope of a change in the human heart. I am with you and bless you with a motherly blessing.”

On September 25, 1991, as former Yugoslavia headed into civil war, the Virgin said, “Dear children! Today in a special way I invite you all to prayer and renunciation. For now as never before satan wants to show the world his shameful face by which he wants to seduce as many people as possible onto the way of death and sin. Therefore, dear children, help my Immaculate Heart to triumph in the sinful world. I beseech all of you to offer prayers and sacrifices for my intentions so I can present them to God for what is most necessary. Forget your desires, dear children, and pray for what God desires, and not for what you desire. Thank you for having responded to my call.”

In 1996 it seemed related to eternal destinations: “Choose life and not death of the soul,” she said on March 25 of that year.

In 2003: ““Dear children! Particularly at this holy time of penance and prayer, I call you to make a choice. God gave you free will to choose life or death.”

Important: that admonition not to lose hope. In other words, it’s not likely a prediction so much, again, as a warning.

But the Polish translation — “chosen to die” — does not seem related to abortion but to something coming in the future, with no mere humans knowing what is being planned in secret, in the midst of ongoing military hostilities. Instead of the unborn, it seems directed to the death of those alive and conscious.

Be instruments of love toward non-believers, she seemed to be saying. For in messages to another seer (the monthly one is to Marija Pavlovic-Lunetti), she has often referred to atheists as “those who have not yet come to know the love of God.” (We’ll address this more at the retreat Saturday.)

And so it goes, as the pandemic winds down and then erupt again in another form — thankfully nothing like three years ago — but as the war continues, in a most unpredictable fashion, at the same time as there are rumblings in nature: On Tuesday, a small but loud quake in San Francisco that was described as sounding like thunder.

[Footnote: seer Pavlovic has commented, “I believe that it is understood as spiritual death because too many people today in the world and in the wealthy part of Europe live without their own spirit anymore. When we lack spirit, we are mostly like walking dead. I believe that the Holy Spirit is missing in the hearts of this drifting mankind, through wars, depressions, going towards all these ideologies of selfishness and without building a future through the family, the children who today are considered more like a burden than a real treasure. Our Lady in several messages has invited us not to be afraid to have a large family and put our trust and rely more on God.”]