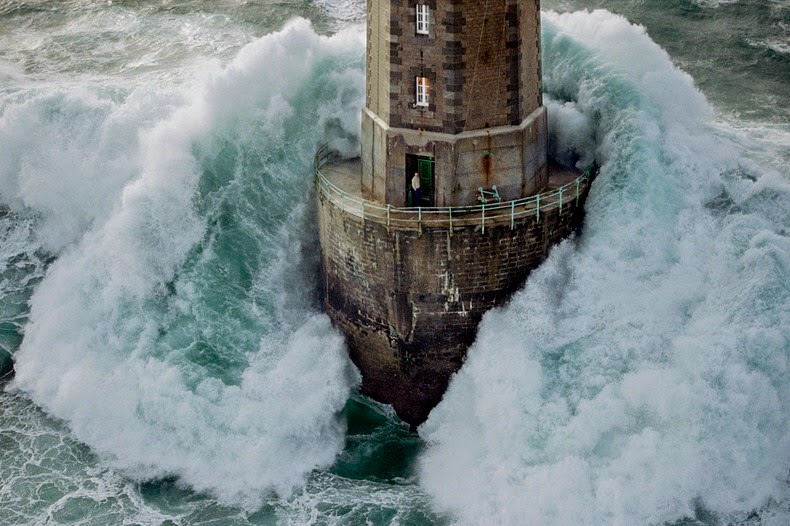 Let’s dip into the mailbag, which of late, in our roiled times, has had a prophetic bent.
+
First, the sun: some believe it is different, accounting for climate fluctuations and extreme weather events.
+
We heard, for example, from a reader named Ken Warnshuis, in reference to a report we had last July (“Has the Sun Changed?“).
+
“I’m 67 years old and in the Sixties you could look directly at the yellow sun,” said Ken. “Suntan lotion aided you in getting a suntan, not as a sun block against UV rays.
+

“New research shows that intensity of UV rays has increased dramatically since the Sixties,” he says, the sun’s source — a thermonuclear reaction — changing in its hydrogen, helium, and lithium reactions and combination.
+
We don’t pretend to understand that.
+
“The hydrogen is being used up by the thermonuclear reaction,” says Ken. “This change into a lithium product reaction will cause the sun to increase energy output. The sun will change gradually from a mainly infrared-energy producing sun to an UV (ultraviolet)-energy producing sun. The lack of sunspot activity and the greatly reduced magnetic field now generated by the sun may be caused by energy not moving from the core of the sun to the surface as rapidly as before.”
+
Is this the cause of climate gyrations?
+
“Prior to 2015 the other planets in the solar system were hotter than in the recent past,” he adds. “Pluto’s atmosphere should have been frozen but still was an atmosphere when the New Horizon probe passed by the planet. The planet earth is already cooling according to NASA satellite readings but the worst is yet to come.”
+
+
Global warming to global cooling? (It’s what happened in the High Middle Ages — triggering extreme weather events, crop failure, famine, tempests, and epidemics, including the Black Death that wiped out a quarter to a third of Europeans, Asians, and Middle Easterners.+
+
+
“I’d like to share with you an experience I had yesterday morning,” wrote another viewer recently. “I’m curious to know if you know anyone else who has experienced anything similar, as things can happen collectively. Since I’m not clear on what occurred, I’d prefer it remain confidential. When I read what I’ve written it seems so minuscule…nothing like the effect it has had:
+
“During the space between sleeping and waking, I was clearly dreaming, inside a building looking through an open geometric shape without glass, out onto trees, and black clouds like thick black smoke were descending onto the trees, the sky increasingly dark, black — pitch-black.
+
“Then everything changed, I wasn’t dreaming, in a flash my eyes went upward and I fell to my knees (this was automatic) and there in the sky was an apparition of Christ and Mary; they were in white light, in an ellipse shape like the Miraculous Medal. It was to the upper left: white light in an ellipse in a black sky.
+
“Immediately I was having a kind of minor Illumination of Conscience. I say ‘minor’ because I soon woke up. I was aware that this was all that was…all that existed; this was the present.
+
“Then I remember seeing a large circle with many smaller circles inside the large circle with dots of light — pinpoints of light around each circle’s periphery, which is what I went through to awakening. I don’t know if this was just a dream. It didn’t feel like it was. Without, hopefully, sounding like a lunatic, I felt like I was in another dimension or alternate reality; that’s what I sensed as I awoke. I just don’t have the adequate words to describe it. I was leaving a place as real as here in waking life — actually more real.”+
+
++
We discern. We don’t offhandedly discount. Dreams can be a regurgitation of the subconscious. As the spirit wanders at night, they can also be something more transcendent.
+
No reason to feel so self-conscious. How often do dreams figure into the Bible?
+
And a vision “more real than real” is exactly what those, including doctors, who have near-death experiences describe.+
+
“Today [originally posted May 13, 2019] is the anniversary of Fatima, when from May 13th 1917 until October 13th of the same year, Our Lady appeared to three little shepherds who came to us as Saints: Lucia dos Santos, aged ten, and her cousins ​​Jacinta Marto, of seven years, and Francesco Marto, nine years old,” said a blogger in a post we were sent on the anniversary date of Our Lady’s first appearance.
+
“The apparitions, recognized by the Church in 1930, prophesy an extraordinary catechesis on the main contents of the Catholic faith and are particularly important for understanding the role of Mary in modern times.
+++

“But those who think that the prophecy of Fatima has exhausted its task are very wrong. Fatima speaks to us today more than ever and Our Lady is continuing, without pause, her plan of Salvation.”+

“We asked Diego Manetti, an internationally renowned mariologist and author of the book of the Compass Why Does Our Lady Appear to help us understand how these supernatural facts, happened over a century ago, call each of us by name today.+

We are at 13 May 2019, we have even passed the fateful centenary (2017) of the apparitions of the Madonna at the Cova da Iria. Well, do you still have something to tell us about Fatima today? +
I believe that today the anniversary of Fatima is even more important than two years ago, the year in which the centenary was celebrated.+

What do you mean?
In the sense that the more we go on in time, the more Fatima becomes current.

Why, Manetti? +
The answer lies in the very close thread that links Fatima to Medjugorje. I think that the words that Pope Benedict XVI spoke on May 13, 2010, when he went on a pilgrimage to Fatima, are showing themselves more and more true, the closer we get to the completion of Medjugorje, and therefore also of Fatima.+

Let us take a step back and briefly recall what the Holy Father said on that occasion …
After commenting on the third secret at the time it was revealed (2000), Benedict XVI revised his position in a more apocalyptic sense, pronouncing words that later became very famous : ‘Anyone who thought that the prophetic mission of Fatima is concluded would be deceived’ … May these seven years that separate us from the centenary of the apparitions hasten the foretold triumph of the Immaculate Heart of Mary to the Glory of the Most Holy Trinity.+

Are you telling us that the prophecies of Fatima are not yet fulfilled? +
Exactly, one must realize that the perspective with which one must look at Fatima is open and is not simply the memory of a past. There is a promise that surely has begun to be realized, but which, even today, awaits its final fulfillment.+

Let’s go back to Medjugorje: what links these last and alleged apparitions of today to Fatima? +
When Our Lady says in Medjugorje: ‘I came for the last time to call the world to conversion. Then I will not appear again.’ And when she adds: ‘My children, be ready because this time is a turning point,’ she is just saying that between Fatima and Medjugorje there is an open project …+

Which?+ +
We often focus on the third part of the secret revealed on July 13th 1917, but to really understand it we must first look at the second part, when Our Lady promises: “My Immaculate Heart will triumph!” This identical promise returns insistently to Medjugorje. It is October 2, 2010 when the Queen of Peace says: “Pray for your pastors, I will triumph with them”. And again: “Help My Immaculate Heart to triumph in a world of sin”. It must also be said that the prospect of “triumph” always follows decisive messages that make us understand how there is an unleashing of Evil going on. I refer, for example, to the message of January 1, 2001 when Our Lady says: “Now that Satan is released from the chains,

Manetti, you say that everything is still open, yet the Madonna had promised Lucia dos Santos of Fatima, that she would not die without seeing the triumph of Her Immaculate Heart. Lucia left us in 2005: how can we explain this? +
Our Lady always keeps her promises, and in fact, in Fatima, a first fulfillment of the prophecy is indicated: ‘Russia will convert.’ This happens regularly: Communism dissolves and the Immaculate Heart of Mary triumphs over the empire of evil, or rather that atheistic and materialistic ideology that for seventy years had subdued the ‘Soviet Union, spreading apostasy throughout the world. What I mean, though this was just the beginning, Lucia saw the principle of fulfillment …+

According to her: when and how will the prophecy of Fatima be fulfilled?++
The fulfillment will take place precisely with the secrets of Medjugorje and with their full realization, it is in Medjugorje that Our Lady herself says: ‘Here I will exhaust my role.’ This is a really important point to clarify because, if I don’t look at Fatima as an open prophecy, I don’t even understand our time. That is, I do not understand that between Fatima and Medjugorje there is in the middle a century of trial that will enter us in recent times. But be careful though: those who say we are at the ‘end of time’ are wrong, because the Triumph of the Immaculate Heart of Mary is not the end of the world, but it is the victory of the first of the two eschatological battles described in the Apocalypse. Therefore, if anything, the opposite is true: we are not at the end of time, but we are on the eve of a long time of Peace that many of us will surely be able to see and enjoy. It is that time that elapses between the first fight, when the Woman dressed in the Sun (Our Lady) wins and binds the devil, and the final fight. But before the Peace, the ten secrets must be fulfilled …”

[Michael Brown podcast with Zach Martin: Signs of the Times]