While dark spirits are best known for causing overt distress — depressions, obsession, jealousy, sinfulness, fright from their knocks in the night — they can be extremely subtle, not only in causing the aforementioned afflictions (it’s not always easy to know when spirits are affecting our psyches — as they segue into thoughts), but also engendering mystical “revelations.”

And here we come upon the teachings of Saint John of the Cross.

Strict? At times, it may seem overly so. But let’s pay close heed to what this great saint said (as conveyed in the new book, The Devil’s Role in the Spiritual Life, by Father Cliff Ermatinger) as far as private revelation. 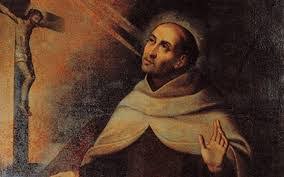 “This is the stage in which the devil induces many into believing vain visions and prophecies,” warned the saint. “He strives to make them presume that God and the saints speak with them, and frequently they believe this phantasm. It is here that the devil customarily fills them with presumption and pride. Drawn by vanity and arrogance, they allow themselves to be seen in exterior acts of apparent holiness, such as raptures and other exhibitions.”

As Father  Ermatinger, an exorcist in the Midwest, adds, a deceiving spirit especially targets souls receiving graces from God in prayer, for he accomplishes more through a little harm to an advanced soul than great damage to many others. 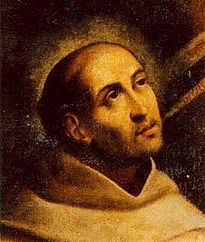 does the devil imitate [corporeal visions], but he also simulates and interferes with spiritual communications coming from the good angel, since he can discern them and as Job said, “He sees every sublime thing (“omne sublime videt, Job 41:25).” He tries to prevent the unitive stage of mysticism — our unity with God, with or without visions.

Humility, simplicity, and modesty are the great defense.

And at the very least, trust not a seer or locutionist who displays any form of self-centeredness and does not fast.

Always, as we discern, we keep in mind 2 Thessalonians 1: “We ask you, brothers and sisters, with regard to the coming of our Lord Jesus Christ and our assembling with him, not to be shaken out of your minds suddenly, or to be alarmed either by a ‘spirit,’ or by an oral statement, or by a letter allegedly from us to the effect that the day of the Lord is at hand.”

How “big” is the devil? Speaking of mystics, we recall an alleged visionary from near Toronto who, asked that question, said, “If God is the Empire State Building, the devil is smaller than a grain of sand.”

Evil spirits are all around, but they are not all-powerful.

With and in Jesus, we are.

[resources: The Devil’s Role in the Spiritual Life]