VIDEO: The leftist anti-Catholic / anti-clerical city government of Madrid demolished the Chapel of the Apparitions of OUR LADY OF SORROWS at Prado Nuevo; El Escorial, Spain.

This is the site where the Blessed Virgin Mary appeared several times to the late visionary/housewife, Luz Amparo Cuevas-Arteseros, between 1981 – 2002. The chapel was constructed with the express permission from the former Archbishop of Madrid: Antonio Maria (Cardinal) Ruoco Varela, but was recently destroyed by order of the city government of Madrid-El Escorial with a false claim that there was no proper permit from the local authorities to build the Marian sanctuary.

From the Miracle Hunter (Church verdicts): “Not established as supernatural — 1985, Archbishop of Madrid, Angel Suquía; Cardinal of Madrid, Antonio Maria Rouco, in 2010 allowed priests to celebrate Mass at the site and in April 2012 to build a chapel in New Prado.

Luz Amparo Cuevas was the mother of seven children and wife of a doorman. She was a simple woman, working as a maid, who could neither read nor write. It was Holy Trinity Celebration Day, November 13, 1980, when she had her first apparition of the  Virgin Mary. 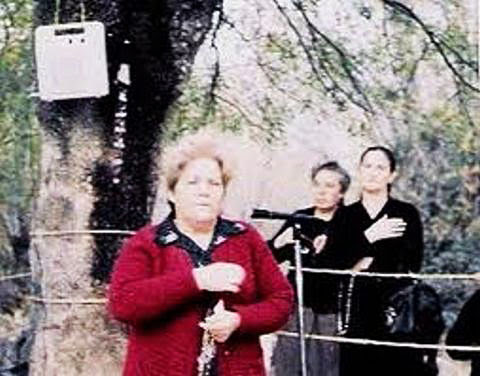 She lived in the valley of Prado Nuevo where the town of San Lorenzo del Escorial and the famous Escorial Monastery are located. Born to a very poor family, her mother had died when she was only six months old. A harsh stepmother sent her out on the streets to sell things with orders not to return until all her wares were sold. So there were nights that she slept outside, under a tree, or even with snow. When she was nine years old, she was arrested for begging for food on the streets. In jail she survived on flour and water. Despite these hardships, Amparo maintained her great love and devotion to the Blessed Virgin Mary, often asking to go see her mother in Heaven.

Her marriage was not easy as her husband struggled with alcoholism and constant unemployment. She was miraculously healed in Lourdes from a heart disease in 1977. She did not really know how to pray but always invoked Our Lady with childlike mildness, innocence, and a great compassion for others. Overseen and witnessed by several priests, the multitude of witnesses, along with her simple, generous, devoted nature exclude the possibility of a fraud or pathological illusion. She experienced 30 apparitions between November 13 of 1980 and April 4, 1992. She has received over 500 messages during this period of thirteen years. 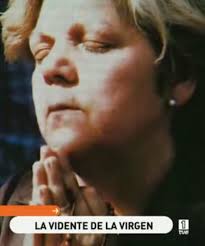 “Many souls err, are lost, waiting for somebody to save them. The sin of impurity greatly offends Our Lord. A big part of the clergy – that is priests, bishops, and cardinals – are stepping on paths of perdition, and it is because of them that many souls are condemned.”

“The Holy Rosary is my favorite prayer. We could save the whole mankind with it. We could end a war with it if we wanted. You must meditate every mystery a little while praying it. It is important that you say the fifteen mysteries. I promise to assist anybody who prays the Rosary when that person dies.”

“They must have reconciliation with God every day. They must confess and consume the Sacred Host every first Saturday. It is very important to consume the Host with utmost devotion every month’s first Friday in my Son’s honor. We must be constant in receiving the Holy Eucharist.”

“Say prayers for the Pope, the priests, for peace in Spain and the world, and particularly for full conversion in Russia.”

“Pride leads to every other sin in the world. You must be humble and answer with humbleness every possible offense. With humbleness you can achieve anything and be less likely to fall into temptation.”

“There will come a Great Chastisement for all mankind – a chastisement the likes of which have never been seen. If you do not hear me, there will be thousands of deaths, and the church will suffer a great decay. There will be no work, and a new Great War will come. The Pope will be martyred. You are very near the Last Times. The judgment over nations is very near. The Creator’s Day is coming.”

“God the Father will send two very big punishments. One will include wars, revolutions. The other one comes from Heaven. There will be great earthquakes in several nations. All earth will be in darkness for three days. Nothing will be visible. The air will be unbreathable, and during those dark days, the only light will be provided by holy candles. The believers must stay at their homes, saying the Holy Rosary and asking God for Mercy. The punishment will end two-thirds of Mankind. Nothing will happen to those who are with God and the Virgin.”

“My Son will destroy any bad herb, and He will prepare a glorious rebirth in His Mercy’s Time.

Luz Amparo Cuevas Arteseros (13 March 1931 – 17 August 2012) was a Spanish Roman Catholic seer. She claimed that the Virgin of the Sorrows appeared to her in Prado Nuevo estate in the Madrilenian municipality of El Escorial on 14 June 1981. Following these statements arose a religious movement that has mobilized thousands of people who go to the place of Marian apparitions. She was called “El Escorial seer” referring to the village where Amparo claimed to have seen the apparitions.

These apparitions have not yet been recognized by the Catholic Church and have created controversy that has reached the courts. All that after 1981 came around these events has been described by some people as «business and destructive sect».[1]