He’s identified only as “Father Mike,” a priest who once headed a Catholic university — presumably in Texas — and died a truly extraordinary death.

These presumptions are because Dr. John Lerma, of the Texas Medical Center Hospice, in Houston, doesn’t use real names.

Dr. Lerma, a palliative-care physician, has interviewed hundreds of people who on their deathbeds related unusual spiritual experiences, some extraordinary.

No mere academic, was he; more a mystic. Retired and 78, he was suffering from head and neck cancer, along with malignancies of the lung.  Upon transfer to the pain-management facility, the priest was “emaciated and in intense pain,” wrote Dr. Lerma.

Yet: he was a good spirits. In fact, great spirits.

“Father Mike made it enormously clear when we first met that his desire was to feel his pain in its most raw form,” said Dr. Lerma. “As a pain specialist, that was both an inconceivable request and tremendous conflict for me. I felt that it violated my oath to do no harm, not to mention the ethical dilemma.”

But the priest insisted — as was his right.

Terrific, terrific pain. Yet, this priest would not yield.

He wanted to experience the full extent of suffering and offer it up.

He was an Opus Dei priest, and he felt — knew — that his acts of suffering would help countless souls.

He had five to ten days to live.

His comfort was the visitation of angels.

Several archangels were in his presence, he insisted. For your discernment.

The angels, explained the retired university head, “protect me from veering away from my goal of selflessly giving this gift to the world.”

There were times they revealed the positive effects of his suffering — which had now turned to joy — were having on humanity.

“You know something?” he said to Dr. Lerma. “I guess my pain was converted to joy. Isn’t God the best?!”

We can’t verify it all. Nor are we quite sure of all the twists and turns in the spirituality of this well-meaning doctor, who was raised Catholic. We do know that palliative doctors and hospice nurses often have extraordinary accounts to convey. That was the case with Kelley Jankowski, who wrote An Army In Heaven. Despite the spectacular nature of the accounts, we similarly give Dr. Lerma the benefit of the doubt. His own book is Into the Light. He says he interviewed more than two thousand terminally ill patients and recorded about five hundred deathbed experiences. The medical center he worked at is massive. 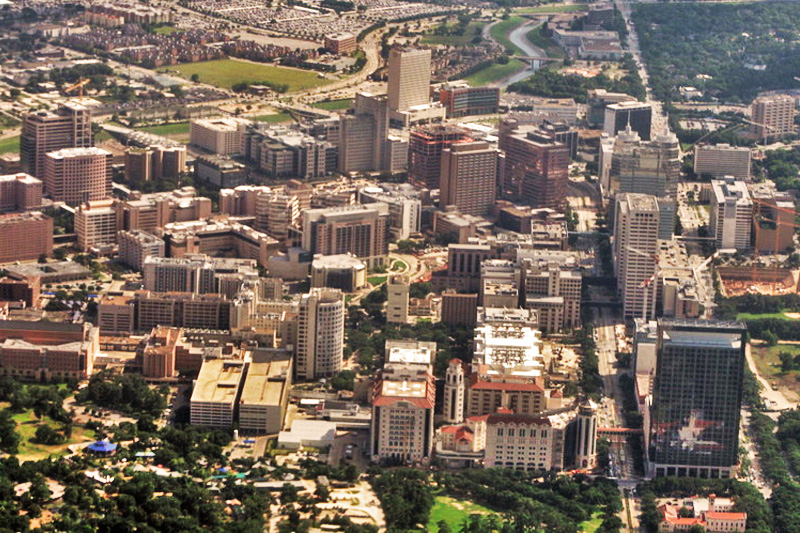 Contemplate this: Suffering from a spiritual standpoint is really joy, he believed. He used an analogy from physics. The raw energy of true joy and true pain differ only by an electrical charge, he told the physician. Pain has a negative charge. Joy a positive one. To remove pain, one can either mask it with medication or change its “charge.” Father Mike did the latter.

When we are negative, we are dull of color. When positive, we exude golden light.

Father Mike slipped into a coma three days before he died. “He was short of breath, but he had this incredible glow and peace about him,” writes Dr. Lerma, who was raised Catholic. “His heart rate was higher than one hundred and thirty, signifying distress, but he remained at peace with a large smile.”

On the day he died, the sky darkened and a cloud hovered over the hospital. There were strong winds. Hail fell. During the height of the storm came the page that Father Mike had passed.

“I rushed across the street, getting drenched and windblown,” recalls the physician. “As I arrived in the hospice unit, the lights on the hospice floor were flickering on and off. There was an incredible sense of peace in the midst of the chaos that was occurring. Several nurses and my secretary were present. They had rushed me there to experience an inconceivable event.”

Indeed. It was occurring in the priest’s room.

“Every time the lights turned on and off, little feathers fell from the ceiling, drifting down as if they were snowflakes,” claims Dr. Lerma. “One fell on the hand of a nurse and disappeared. As soon as they fell, they disappeared. Father Mike’s call light was going off and on. His door, which had been closed when he died, was now open. The secretary and one nurse saw a bright light shining from his room.”

Does this remind you of The Tomb?

Dr. Lerma entered to declare the holy priest dead. Everyone had goosebumps, he says.

It was about four in the afternoon. Father Mike had a smile on his face. His palms were open. An eye that had a cataract was now clear. He looked peaceful — almost blissful.

Some question his choice to suffer, “but that experience, in the end, taught us to respect our patients’ wishes,” notes the physician, who adds that, when told what had happened, the new dean at his college said that Father Mike had collected feathers all his life and from all around the world. He had a large glass bottle filled with them.

When they went to Father Mike’s office, the feathers in the jar were gone.