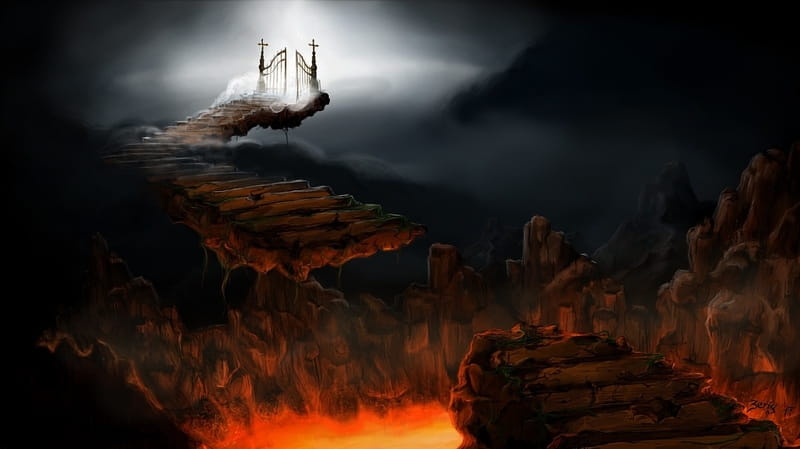 Time to sift through a bit of the mail (with which it is always a challenge to play catch up). Let’s see:+
+
“I read your article about 3 p.m. and 3 a.m.,”  a viewer named Kathy from Nashua, New Hampshire writes. “I recently had an experience concerning 3 a.m.
+ 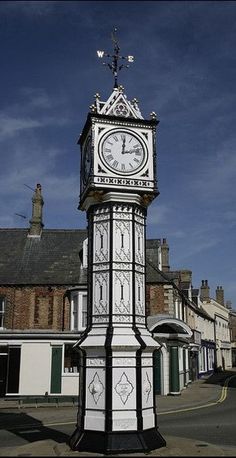 “I have a dear friend who is and always has been devoted to the Divine Mercy Chaplet. My  friend’s son was diagnosed with advanced pancreatic cancer. He had turned away from God and the Church and my friend constantly prayed the Divine Mercy Chaplet for him, asking that he turn back to God.
+
“A couple of weeks later she told me that her son died at 3 a.m, and she took that as a sign that her son would be saved from hell.
+
“However, I had read that 3 a.m. is the opposite of 3 p.m. and whereas 3 p.m. is the hour of Mercy, 3 a.m. is the hour of evil — so I was very worried if, despite all of the prayers to the Divine Mercy, her son was actually taken to hell.  After seeing that my friend’s son died at 3 a.m., which I thought was an hour of evil, I began to question whether it was a waste of time being devoted to Divine Mercy.
+
“At Adoration I prayed fervently and asked Jesus why my friend’s son had died at 3 a.m., the hour of evil, and if my friend and I were wasting our time praying the Divine Mercy Chaplet for our sons (I pray for mine also).
+

“Suddenly I heard a voice say, “Every hour is an hour of My Mercy.”  At that moment I knew that Jesus definitely hears our prayers and that His Mercy is always more powerful than any evil. Jesus, I trust in You!”
+
For good reason.
+++

“Lately I’ve been seeing many images of Mary and angels, both in the clouds and in my home,” writes Steve Reddick of South Euclid, Ohio. “Nothing audible, but I once had an accompanying beautiful flower-bouquet smell. Attached is a picture I took of one of the cloud visions. Really enjoyed the book After Life and have gotten many others to read it.”

Do you see anything? 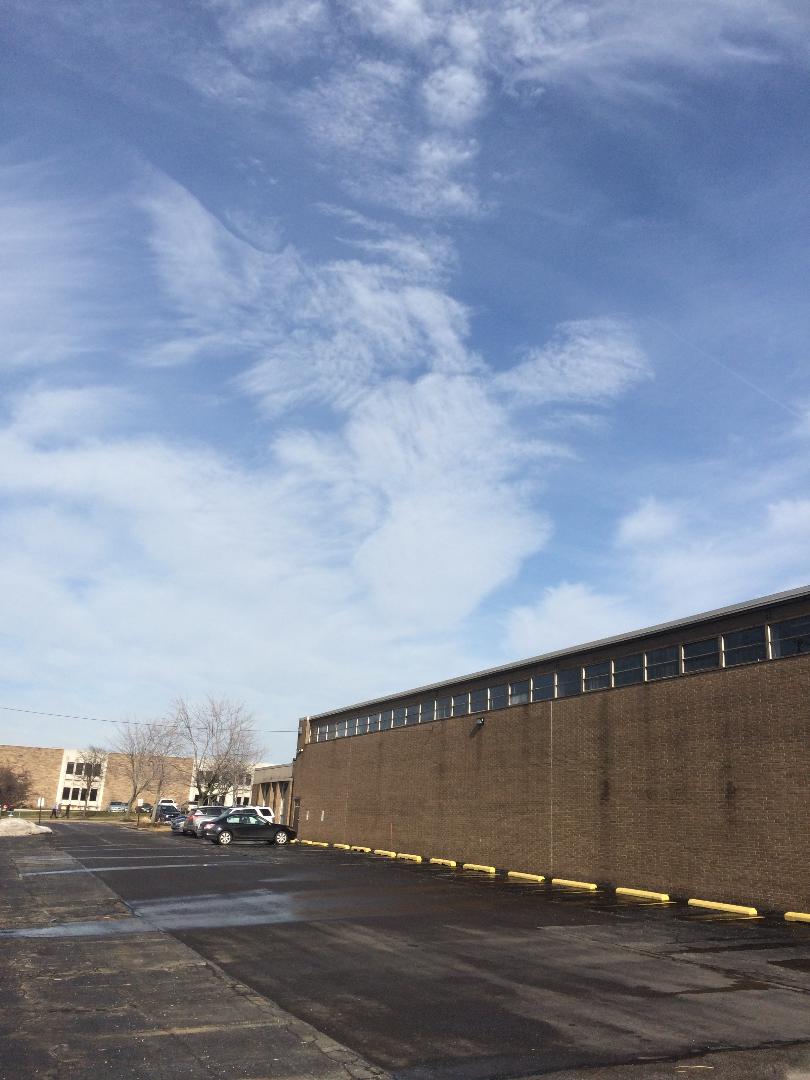 From a viewer in Canada:
+
“I live in eastern Ontario, Canada. Last fall, I went to the wake for a friend’s sister (whom I had never met) in the city where I live and work. I introduced myself to the grieving husband and went over to her remains (she had been cremated) to say a prayer.
+
“As I started to pray, I saw her in my spirit in agony amid flames. It was impressed on me that she was suffering in purgatory. I was shaken by the experience, but said nothing. I continued to see her before me as I chatted with her friends and family. Her brother, a priest, was there and began leading us in a litany invoking God’s mercy on her soul. There were perhaps seven or more petitions and responses for Divine Mercy.
+ “With each petition and response, I saw this woman’s pain diminish a little. I understood the power our prayers have on the suffering of souls in Purgatory, and how much more the Mass is so very important for alleviating the suffering of a departed soul. Our prayers and Masses obtained for them are truly a work of great charity, for these persons cannot help themselves any longer in their deep, terrible suffering and pain.
+
“I always offer the indulgences from any prayers and religious observances I’m part of for the benefit of the holy souls. I am certain that these souls will in turn help me when I ask, once they have entered Heaven. This experience has  encouraged me to continue doing so. These holy souls will repay us with their heavenly intercession later on.
+
“A second purgatory story, more personal: God’s Justice, Not Forgotten – I’m in my late 50s and was sexually molested by my grandfather between the ages of four and six, perhaps earlier. A request for a Mass to free his soul from Purgatory brought much healing to me.  The experience of being sexually molested had left a crippling mark on me, undermining my sense of self-worth and confidence throughout my adult life.
+
“Repressed recollections began flashing back when I was thirty, and within a year, the full memories returned.  The emotional trauma left me devastated, unable to work more than one day a week and delayed my completion of a Master’s degree by three years. I could still sing and play my guitar, and paid my bills by busking on the subways in Toronto, enduring judgmental looks and comments from family and fellow graduate students. It was a very humbling experience. I got to know a lot of street people and drug addicts on a first name basis during this time. Some days, I felt as though the lines of differentiation between us had disappeared.
+ 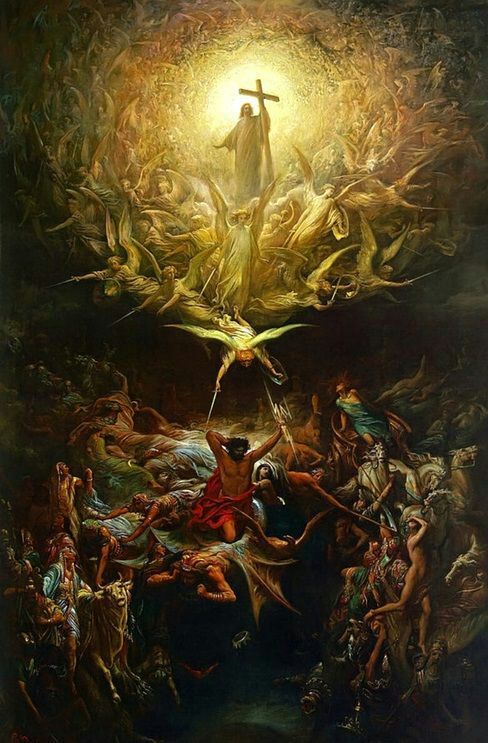 “After a couple of years, I pulled myself together, went to teacher’s college, got married, and have been teaching ever since. Recently, I was praying and all of a sudden saw my grandmother before me, as a young woman. She said, ‘Your grandfather needs one more Mass to be released from Purgatory.’ With that, she disappeared.  The next morning, I requested an unannounced Mass at my parish office, and left it at that. Two days later, I was taking up the gifts at Sunday evening Mass. I handed the pastor his ciborium, and he said to me, ‘By the way, this is your Mass.’ (He told me later that the Sunday evening Mass intentions were flexible). I felt God had arranged this, and was happily surprised.
+
“I believe my grandmother was sent to me with this request as a sign that God does not forget injustices done to His little ones, and requires that justice toward them be served. It was God’s way of telling me that my grandfather had served justice, and I would say this experience was a kind of turning point of healing for me as well.  It was also at this time that major revelations of sexual abuse by U.S. clergy were hitting the press (summer-fall of 2018). Irrespective of how long ago these abuses happened, and notwithstanding the abusers’ elevated ecclesiastical positions, God will require that justice be satisfied by each one of them for every act of abuse of any kind toward vulnerable children or others under their influence.
+
“My grandfather died in 1988, and the request for a Mass to free him from Purgatory came in 2018. That’s thirty earthly years. From what I’ve read, a day on earth can be like a year in Purgatory. Better these abusers be called to account and do penance for their abuses now than in the afterlife. Though human memories may fail, God is faithful in requiring justice from those who have hurt His little ones.
+
“I hope others who have suffered abuse will read this and take some comfort from it.  Whoever you are, God has not forgotten you, and will not fail to see that justice is served for what was done to you. God is loving; God is merciful and forgiving; and God is also just.”
+
Well said.
+
We’ll sign off there.
+
[resources: Secrets of the Eucharist]; also, Michael Brown retreat: Chicago and Spirit Daily Pilgrimage: Medjugorje, October]
ShareTweeteMail