Was Ebenezer Scrooge undergoing a “life review” (that legendary Christmastime) or seeing spirits?

It brings up holiday ghosts: New Year’s Eve especially is a time when families revisit “ghost” stories. It is a time of the year when again the “veil” seems to thin. It is an excellent time to pray for the deceased.

Spirits of the deceased. Even Jesus and His Apostles used the term “ghosts” (as opposed to other occasions when it was a “demon,” indicating a difference). Are such alleged ethereal entities purgatorial souls; or “unclean spirits” that are bound to this earth; or simple communications and “visits” from the deceased whether in Heaven, purgatory, or as some claim, hell (which is why one must exercise great caution.)

It’s that time of year! Let’s take a look at some alleged church spirits.

In 2015 tourists/pilgrims captured “startling” footage of a black silhouette in a window at the Vatican (or at least the story goes). 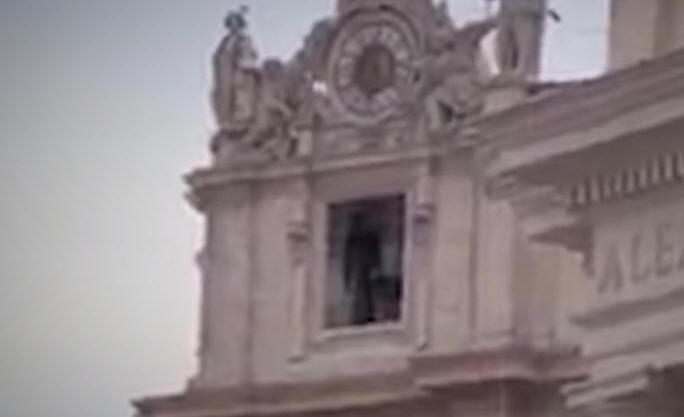 Is it a bit too well-defined (indicating Photoshop)? Some think it was a person who committed suicide. Others wonder if it is a dark angel. Prayer need!

Is this [below] a church specter caught on camera — appropriately enough, in the ghost-town of Bannack, Montana, after a woman praying across the way heard a strange rustling sound? Or just a lighting effect? 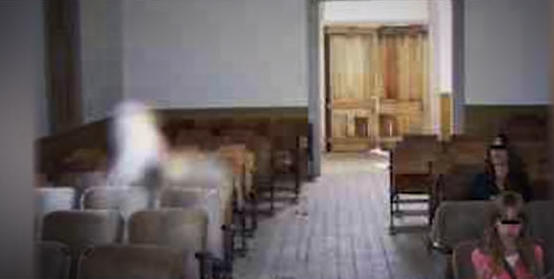 And might this [below] be the ghostly face of a deceased vicar (Anglican church, Eastry, England)? Or something less exotic, such as double-exposure? 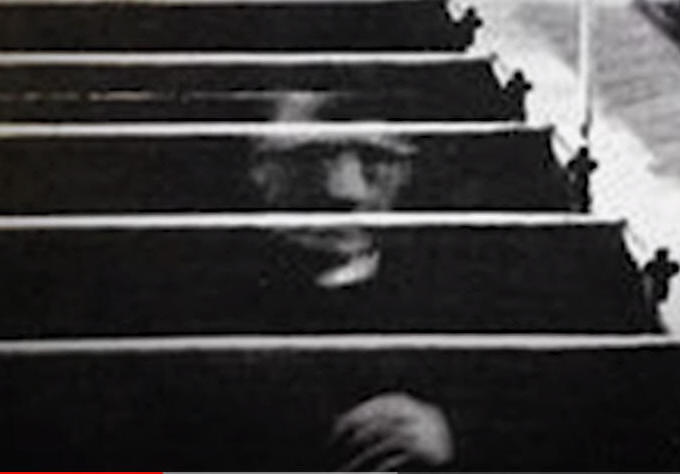 Maybe, maybe not. Pray anyway. Warns Isaiah 19: “Then the spirit of the Egyptians will be demoralized within them; and I will confuse their strategy, so that they will resort to idols and ghosts of the dead, and to mediums and spiritists.”

As for Jesus, “When the disciples saw Him walking on the lake, they were terrified. ‘It’s a ghost,’ they said, and cried out in fear (Matthew 14:26, in the NIV). “Look at My hands and my feet. It is I myself! Touch Me and see; a ghost does not have flesh and bones, as you see I have” (Luke 24:39). There you have it (at least in certain translations).

But argues one writer: “The Bible clearly teaches that there are spirit beings that can appear in our physical world. Those are angels and demons” — not the dead. It can be a masquerade. “Either by research or contact with a medium, most apparitions of ghosts are mistakenly identified to be a dead person that lived around or near their place of encounter. We should be assured they are not, they are only demons seeking to deceive and possibly find a new host.”

Up for debate. Padre Pio spoke of encountering spirits of the deceased, including a young monk who had died in a fire at the monastery and was doing his purgatory there.

Is this the face of a deceased male relative (baby’s grandfather) at a Baptism in southeast U.K. (the stately ghosts of England!). 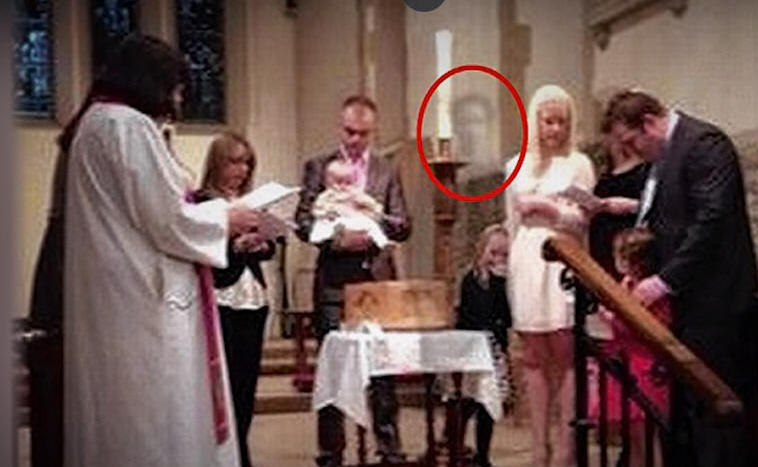 And now is this the photo of a deceased monk at the museum of the Holy Church in Paloma, Italy (or, again, if not a simple double exposure, Photoshop at work)? 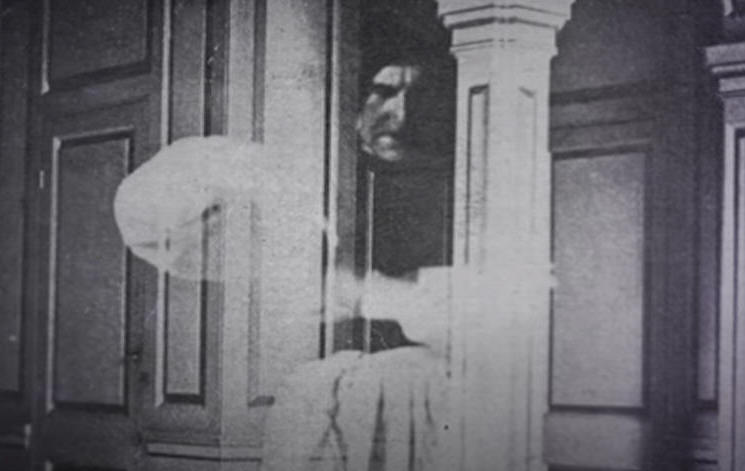 You decide! We have extracted them from a Youtube video available at the bottom (for prayerful discernment only). Below, the funeral of a priest at St. Stanislaus Church in Cleveland, Ohio. His name was Father William Gulas and he had been murdered in December 2002 by a visiting Franciscan monk who shot him to death and then set fire to the building. The monk had been rejected by the church after an unsuccessful internship. Was that spiritual energy from Father Gulas? Prayer needs all around for the souls, both living and deceased! 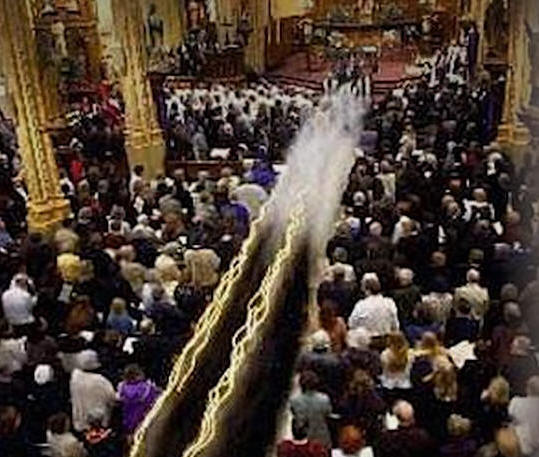 Did you know that NBC once featured a documentary called “The Stately Ghosts of England”? If memory serves, there was also a documentary on CBS narrated by Walter Cronkite and in it was a confusing photograph showing what looked like monks in a procession. The confusion was over the fact that they were seen only from the knees up — until it was learned that the floor of the monastery had once been a foot or two lower!

Why are so many accounts focused on monks? As one person observes, “a monk is easily recognizable. If you saw a man in a suit, you’d have no clue what his profession was.”

“When you live in a rainswept, often foggy, sometimes melancholy part of the world like the U.K., it’s so much easier to see phantoms at every turn,” notes one website. “From ghostly monks and nuns, to spectral children and the ubiquitous White or Grey Lady, it would seem the spirits are everywhere.

“But monks still make up a large proportion of reported sightings. According to Owen Davies in his excellent book The Haunted: A Social History of Ghosts, a phantom abbot haunted the ruins of Buckfast Abbey in Devon for 300 years. Only the construction of a Catholic church on the site in the 1920s seemed to keep him happy (2007)”!