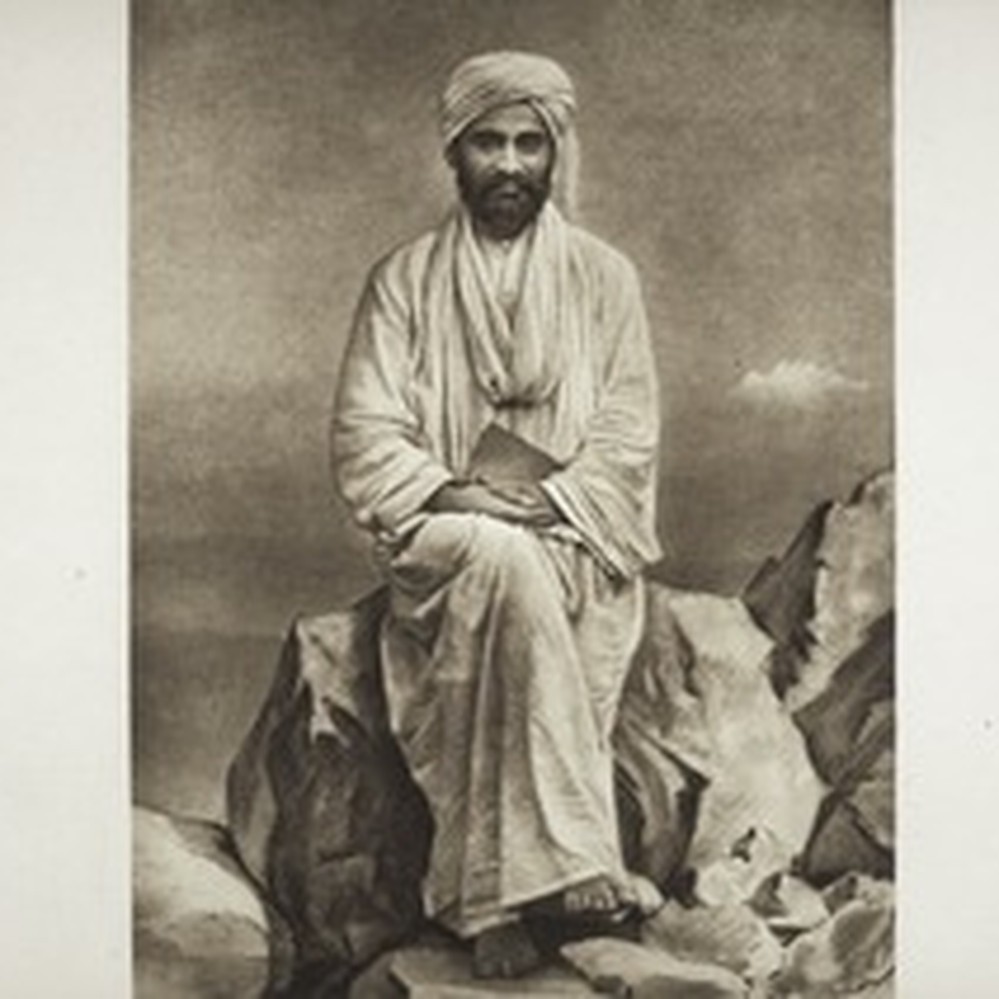 Sundar Singh was known in his lifetime as India’s most famous convert to Christianity.

For twenty-three years, notes a book he wrote, Visions of the Spiritual World, Singh roamed across two dozen countries on four continents as a penniless pilgrim, ministering to thousands as a freelance evangelist (unaffiliated with any specific denomination, but certainly affiliated with the Bible).

As he explained it, his soul occasionally “passed into the glory of Heaven.” The visions enriched his life — and for certain, vivified his preaching.

“I cannot call them up at will,” he noted, “but, usually when I am praying or meditating, sometimes as often as eight or ten times a month, my spiritual eyes are opened to see within the heavens, and, for an hour or two, I walk in the glory of the heavenly sphere with Christ Jesus, and hold converse with angels and spirits,” who — he claimed — answered his many questions. We submit it all for your prayerful percipience.

There are various spirits, of course — he said — and, interestingly, Singh seemed to confirm purgatory when he wrote that some of them exist after death “in a state intermediate between Heaven and hell.”

When we die, said Singh — who himself passed permanently to the afterlife in 1929 (in the foothills of the Himalayas) — “the body loses its power of feeling. It has no pain, but is simply overcome by a sense of drowsiness.

“Then the spirits of those who have lived without thought of, or preparation for, entering the spiritual world, being thus suddenly transferred into the world of spirits, are extremely bewildered, and in a state of great distress at their fate, so, for a considerable period, they have to remain in the lower and darker planes of the intermediate state.

“The spirits of these lower spheres often greatly harass people in the world.”

“But the only ones they can injure are those who are like in mind to themselves, who of their own free will open their hearts to entertain them.

“These evil spirits, allying themselves with other evil spirits, would do immense harm in the world were it not that God has appointed innumerable angels everywhere for the protection of His people, and of His Creation, so that His people are always safe in His keeping.”

“This is an intermediate — a state between the glory of the highest heavens, and the dimness and darkness of the lowest hells. In it are innumerable planes of existence, and the soul is conducted to that plane for which its progress in the world has fitted it.”

Serious business. But ultimately, uplifting in a tremendous way. As the holy man said, if we knew the whole truth about Heaven, we would never grieve over death (but for those in the harshest circumstances).

In the world, good and evil souls are mixed together, he noted, but “not so in the spiritual world.”

With a description impressively similar to those of near-death experiences, Singh went on, “I have many times seen that when the spirits of the good — the sons of Light enter into the world of spirits — they first of all bathe in the impalpable airlike waters of a crystal clear ocean, and in this day they find an intense and exhilarating refreshment. Within these miraculous waters they move about as if in the open air, neither are they drowned beneath them, nor do the waters wet them, but, wonderfully cleansed and refreshed and full purified, they enter into the world of glory and light, where they will remain in the Presence of their dear Lord and in the fellowship of innumerable saints and angels.”

Continued Singh — ostensibly quoting an angel answering a question — “Many whose lives have not been yielded to God, when about to die, seem to become unconscious, but what actually happens is that when they see the hideous and devilish faces of the evil spirits that have come about them, they become speechless and paralyzed by fear.

“On the other hand, the dying of a believer is frequently the very opposite of this. He is extremely happy for he sees angels and saintly spirits coming to welcome him. Then too, his loved ones, who have died before, are permitted to attend the deathbed, and to conduct his soul to the spiritual world. On entering the world of spirits he at once feels at home for not only are his friends about him, but, while in the world he had been preparing himself for that Home by his trust in God and fellowship with Him.”

We find ourselves in a part of the hereafter populated by those whose spiritual state is most like our own.

We find ourselves with those with whom we have the greatest resonance.

Put another way: “After death the soul of every human being will enter the world of spirits, and every one, according to the stage of his spiritual growth, will dwell with spirits like in mind and in nature to himself, either in the darkness or in the light of glory.

Singh quoted a “saint” with whom he spoke as explaining, “Usually Christ reveals Himself in the spiritual world to each one in degrees of glory differing in intensity according to the state of each soul’s spiritual development. But in some cases He Himself comes to a deathbed to welcome His servant and in love dries his tears, and leads him into Paradise.”

That’s the Companion we all should prepare to meet every waking moment!

[resources: Visions of the Spiritual World and What You Take To Heaven]