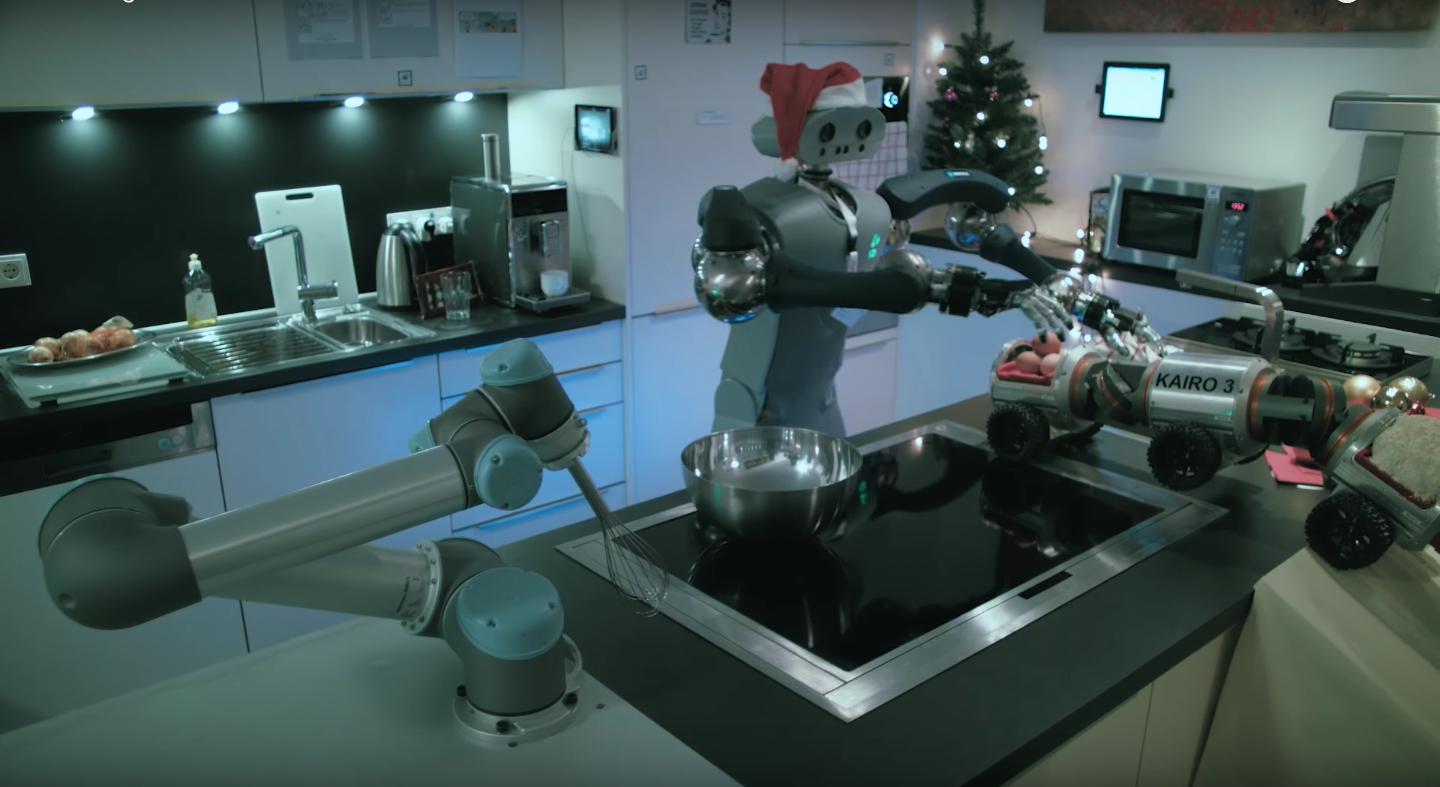 Everyone can cite endless benefits of technology.

But when is it too much?

Sometimes one’s tempted to a blasphemous thought: how much of it was ever meant to be, to begin with?

At Amazon — which is swallowing the entire retail industry (leviathan for certain) — robots assist humans at every turn. You order a product through a computer or iPad or mobile device, their computers figure what you owe and charge your credit card with no intervention of humans, show you related products, tally additional information about you and your inclinations (some of which you may not know about), and then a robot working with incredible sync weaves in and out of other robots at a warehouse the size of six football fields, finding the product on a mobile shelf that it then lifts and transports precisely to a station where (you can exhale now) a human with an iPad simply takes the product from a basket and puts it in a bin on a conveyor belt for shipment. (See the remarkable video at the end of this commentary.)

Last year — last year — Amazon bought 45,000 robots. Will real workers one day be as rare as those lost jungle tribes?

We have grown used to Siri and automatic updates and spyware and “cookies” and spellchecks and synthetic voices on the phone, spreading so rapidly that Jeb Bush recently said Americans should be out protesting against artificial intelligence in the streets. An estimated thirty-four percent of the work force is at risk.

Rivers (like the Amazon) can look smooth on the surface but great dangers can lurk beneath.

Computers are even now diagnosing illnesses and issuing prescriptions on a test basis.

Your doctor could one day be a machine.

Up next: a robot celebrating Mass?

That’s asked tongue-in-cheek of course, but to make matters more sobering, there is indeed the trend toward cyber-humans. According to a Wall Street Journal report, Elon Musk, who founded PayPal, is now starting a company called Neuralink which seeks to connect the brains of humans to computers through the use of tiny electrodes implanted in the head. (Using something called “neural lace” technology, electrodes would be able to then upload or download thoughts.)

In Sweden, microchips are being implanted into volunteers to help them open doors and control office equipment — so popular that members of a “cyborg club” at one company hold regular parties for those with the tiny chips embedded in their hands.

“What could pass for a dystopian vision of the workplace is almost routine at the Swedish startup hub Epicenter. The company offers to implant its workers and startup members with microchips the size of grains of rice that function as swipe cards: to open doors, operate printers, or buy smoothies with a wave of the hand.”

Now turn to Disney, which, like Amazon, is always just a bit ahead of the curve.

According to another newspaper, the Orlando Sentinel: “Soft-body robots could someday be roaming Disney theme parks, playing animated, humanoid movie characters and interacting with visitors. A new patent application by the entertainment giant doesn’t name specific characters, but it describes “designing a robot that will move and physically interact like an animated character.”

Brave new world, or — one simply devoid of true humanity — an evil one?

The point is that what we need, more than anything — in this increasingly Ayn Rand world — is not robots but for people to be more human, more in touch, more caring, more altruistic, warmer, more engaged, instead of a culture that walks around staring into an Apple or Google device (run largely by robotic intelligence).

It sounds good:  such that your eyes can see for miles or zoom in like a microscope — and instantly know everything about a passing stranger on the basis of face-recognition software with a data base. No stretch, for sure, the notion and fear — ridiculed for decades by the “grownups-in-the-room” — that one day, just as Revelation seems to warn, we will need a mark on us to purchase items. Already, in test phase, drones are beginning to deliver products (yes, from Amazon) right to your doorstep, within hours of purchase.

There are driverless cars.

Google has photographs of every house on your street.

“The very artifice of your societies is false and against the accordance of God’s Will,” said a word of knowledge — twenty-seven year ago!

It is a gradual process: nice warm water turned up slowly, in comfortable increments, until, suddenly, before you know it, the water is angry with boil and its upwellings carry you away.

the gift of tears