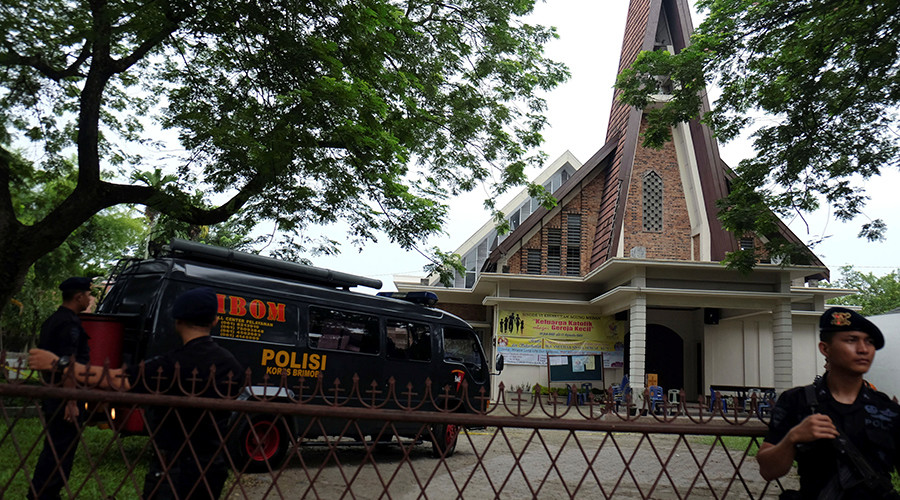 An 18-year-old has been detained after a failed attempt to detonate a bomb in a crowded church in western Indonesia, local police said. When the attempt failed, he reportedly struck a priest with an ax. The teen ran towards the alter during Sunday Mass at the Roman Catholic St. Yoseph Church in Medan, the capital of North Sumatra province. However, the bomb he had been carrying in the backpack did not explode, national police spokesman Major General Boy Rafli Amar told AP. The assailant allegedly carried a symbol indicating support for Islamic State (IS, formerly ISIS/ISIL).