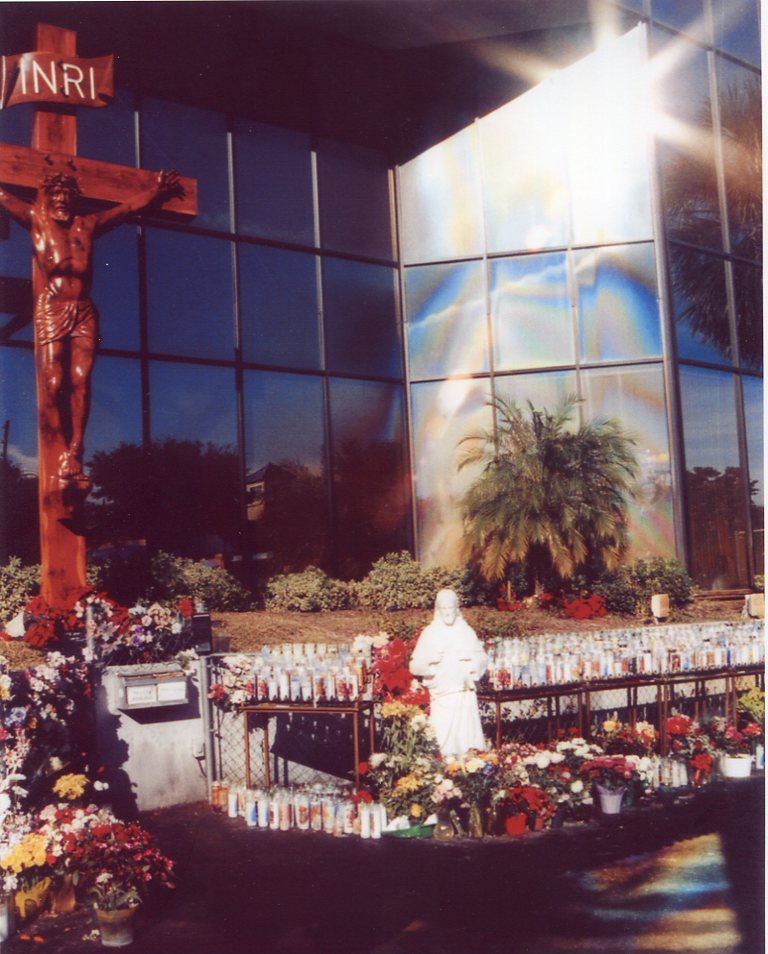 You may remember the articles we’ve had through the years on the unusual and seemingly miraculous image, first spotted on December 17, 1996, that appeared on the Seminole Finance Corporation Building in Clearwater, Florida.

We returned to the site recently and were pleasantly surprised to see that it’s still there: preserved, to their credit, by an organization originating in the Cincinnati area that purchased the modernistic structure.

No question: oxidation has occurred on the glass of the building (at Highway 19 and Drew Street); on such reflective glass, perhaps a natural occurrence. But one of the patches of oxidation was huge — stretching across nine panes of glass — and in color and proportion it precisely matched the famous image of Guadalupe. [To the left you see how it originally looked.]

Can God use natural occurrences to send a message, to give a tap of the shoulder?

The answer: of course.  He created nature.

As George Pecoraro, a scientist with a glass company, told the local newspaper, “We’re not able to explain how the shape appeared or why it appeared. It could be an accident or maybe it’s Divine intervention.”

Superimposed over the famous image of Guadalupe from Mexico City (which we will be visiting, God willing, next month), the Clearwater “oxidation” perfectly fits. The original owner called it “a gift from God to be protected and shared.”

Unfortunately, a troubled young man took a slingshot to it in March of 2004, smashing the top three panes and in effective beheading it — a sign, perhaps, of our disoriented times.

As one newspaper noted, the image, two floors high, glowed and shimmered, turning from green to blue, to red, and there was originally a kenspeckle outline of the head, a hooded robe, and most of a torso. Skeptics claim it’s caused by a reflection of the sun’s rays bouncing off water left by sprinklers (well water has sulfur and minerals), but that hardly explains the way its glow often increased at night and acted in other peculiar fashions and we’re not certain irrigation sprinklers reach that high up.

Most mysterious is how the image continued without interruption over that span of nine separate panes of glass.  At last count — years ago — more than 1.5 million had visited, and pilgrims still arrive despite the damage (see below), experiencing things. 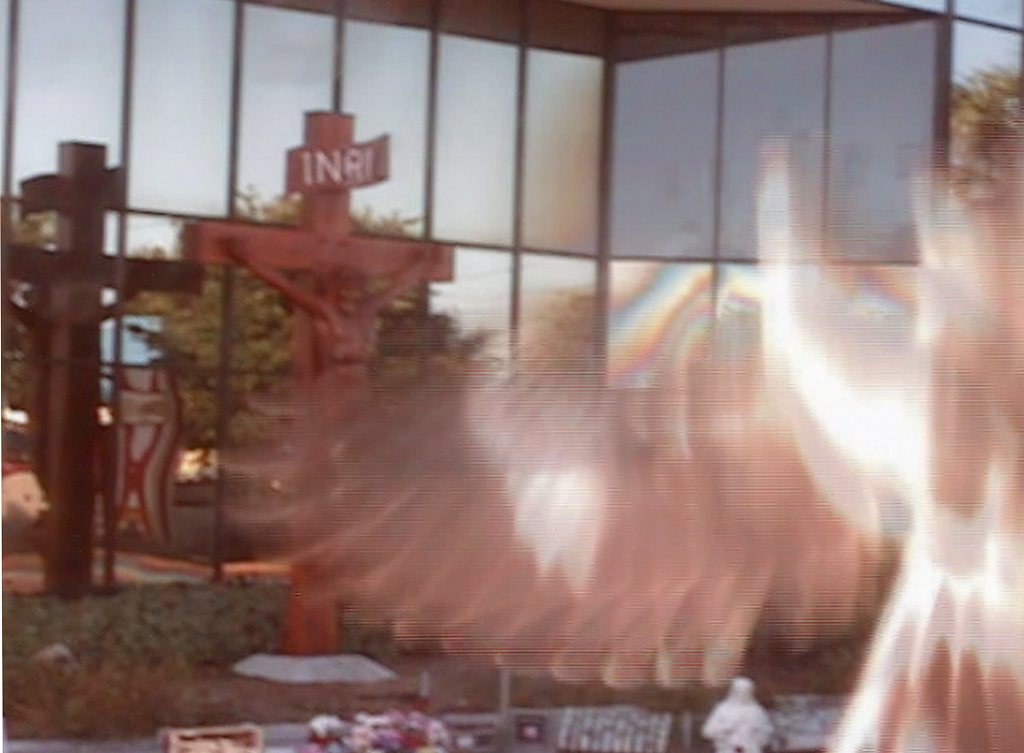 Every year on December 12, several thousand Central and South Americans gather on the site to celebrate the feast of the Virgin of Guadalupe, or at least did. We saw a small busload during our visit, and heard accounts, from a member of the group that assumed ownership, Shepherds of Christ (based in both Clearwater and Indiana), of alleged healings from serious disorders such as cancer.

Come to learn, a small reservoir of water was discovered underneath the site in front of the glass and is now piped to a stone healing font next to the building.  (As always, we urge discernment before seeking such things out, or obtaining sacramentals; we cannot vouch for what goes on inside the building, where a seer claims visions. It is the exterior that attracted us and is independent).

The link to Guadalupe is further interesting because the Guadalupe Madonna is officially recognized as the Virgin of the Americas.

It was less than a week after the image turned dark [see the thumbnail photo below of September 5, 2001] that al Qaeda struck both the Pentagon and the World Trade Center. It is also in a state that was consecrated to the Blessed Mother, gave birth to the first Catholic Masses, and is at the very forefront of America’s spiritual war, promising to be pivotal in the coming presidential election. 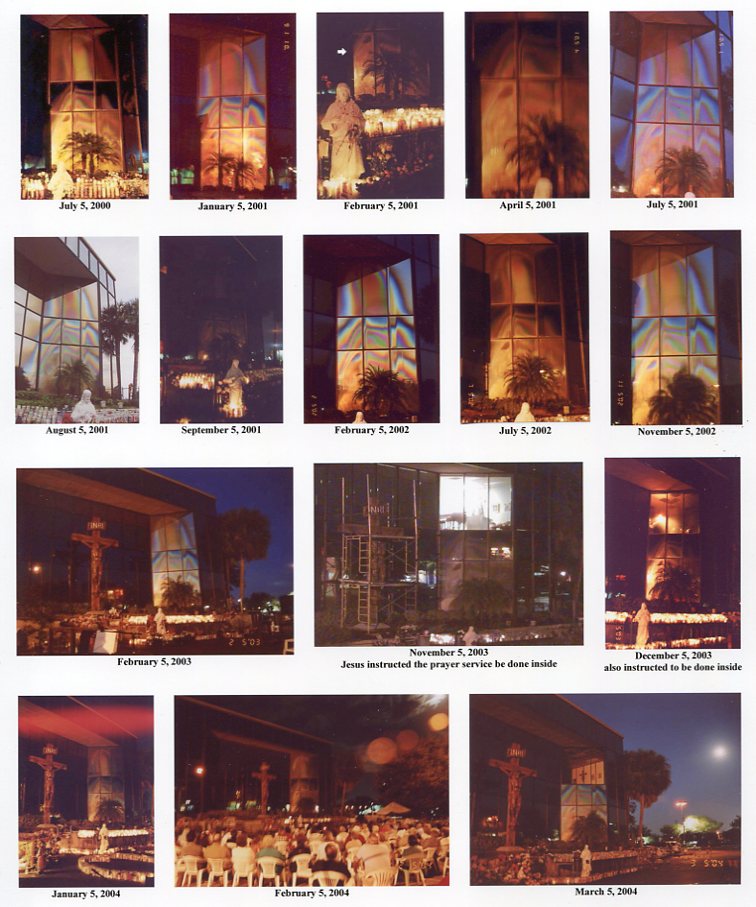