It’s not a pleasant topic, but it seems like an increasingly urgent question — or questions (plural):

Is there a silent and expanding crisis to do with brain cancer?

Have you heard of anyone who has contracted this?

If you’ve answered yes: isn’t it supposed to be “rare”?

At one time, when I was young, it was something you just didn’t encounter. Now, it has become personal. Two weeks ago, I lost a close, younger brother to the deadliest — and most common — kind of brain malignancy, glioblastoma multiforme.

He suffered heroically, for three years, under a “death sentence,” and thank God, went out with dignity (having the presence of mind to request a priest).

But it was tragic nonetheless.

There are apparently many such current tragedies.

When I first started reading about glioblastoma, the statistics had it that just two to four people per 100,000 (one out of every twenty-five to thirty-five thousand) were diagnosed with it each year.

These statistics are highly suspect, as are certain other current medical facts. It takes a while, it seems — sometimes quite a while — for medical data to fully characterize unfolding trends.

Take the case of my brother: Long before he ever suffered a seizure (which was the way they learned about the awful, insidious tumor), he had mentioned a lawyer he knew who was dying of it.

That’s two people right there, in a city of fifty thousand: the lawyer my brother knew and soon after my brother himself. 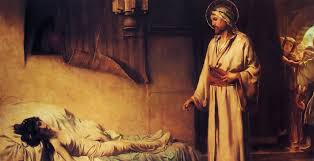 At his funeral, an old friend who had been a city councilman told me he had two cousins who currently have the same thing. Another attendee at the funeral — a former school teacher — said (including my brother) she knew of five people with it. A doctor at my brother’s wake said she’d had two cases in just one month (last year).

Rare? Or a hidden epidemic?

As it turns out, it’s a cancer that seems to be surging, especially among the young.

“A new report published in the journal Neuro-Oncology and funded by the American Brain Tumor Association finds that malignant brain tumors are the most common cause of cancer-related deaths in adolescents and young adults aged 15-39 and the most common cancer occurring among 15-19 year-olds,” notes one researcher.

If it is a growing illness, what’s causing it?

Like any cancer, science has no definitive way of knowing.

There are chemicals: The first toxic compound linked to this specific malignancy — vinyl chloride (used to make plastics) — was manufactured in Niagara Falls (the city in question here). The cancer also has been associated with carbon tetrachloride. Our surroundings and bodies are so pervaded with synthetics it could be any one of thousands of chemicals, not to mention the unknown effects when they combine (called “synergism”).

There are also those who say brain cancer is plaguing baby boomers due to contamination (between 1955 and 1962) of the polio vaccination with what they call simian-40, a monkey virus. The parents of one dead youngster had his tissue analyzed and the virus, known for a fact to cause brain cancer, was isolated in the boy’s tumor. (Monkeys from Africa were used to culture the ingredients.)

Anything that affects DNA — genetic compositions — can cause cancer, and both chemicals and viruses can do this.

So can radiation — of whatever kind. It doesn’t have to be a nuclear reaction. Radiation in the way of electromagnetism now dominates our lives. It can come from electrical wires, digital clocks, TV screens, radar, wi-fi (keep those modems out of the bedroom, and use a timer to shut them off at night), cordless phones, “smart” devices, electric blankets, and so forth. Survey your surroundings.

But of the nearly countless kinds, nothing is more suspect than cell phones.

These are basically little microwaves pressed against our skulls (and brains).

In Europe, scientists have outright made the link. But in the U.S. (home to cell-phone conglomerates), such studies are pooh-poohed.

“Peer-reviewed research on brain tumor risk and wireless phone use strongly suggests that we should exercise precaution and keep cell phones and cordless phones away from our heads,” says a scientist named Dr. Joel M. Moskowitz at the School of Public Health at Berkeley. “Moreover, the research calls into question the adequacy of national standards and international guidelines that limit our exposure to radiation from wireless phones.”

Do yourself a favor and use corded (not Bluetooth) earbuds.

There are other suspects. Medical and dental x-rays are a known risk for brain cancer. They’ll tell you that such radiation is at “safe” levels, but they have always said this and no one has ever established how radiation or a carcinogen, at however minute a level, could be safe (if all it takes is one to damage cellular DNA and trigger a chain reaction).

Limit exposure. Don’t be paranoid (there are times we may need cat-scans and x-rays), but limit anything that irradiates you.

And if it all seems hopeless (in this chemical-radiation-filled “soup”), it isn’t.

None of us is doomed, despite the daunting challenges.

God has created natural remedies for everything.

And with what He has made, there are no side effects. I’m not saying we can always prevent it. There is also God’s Will and the fact of suffering in all our lives. There can be genetic factors. The body simply ages.

But some survive cancer — at least, other kinds — through natural means or prevent it to begin with.

Shield yourself with His Spirit. Pray for your immune system. This is crucial. The immune system, functioning optimally, can kill cancer cells and does each day in your body. Fasting bolsters it and purges and balances the body (make Lent a time during which sacrifice leads to health).

What we need to do is pray about what our bodies and immune systems need (each body is different) and seek first and foremost the Divine Physician.

[From a website dedicated to this disease: The incidence of glioblastoma multiforme (GBM), a highly cancerous glioma, increased in the frontal and temporal lobes, and in the cerebellum among adults of all ages in the U.S: