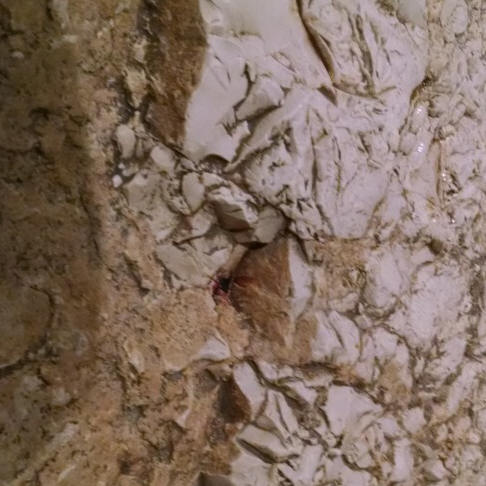 We spoke the other day to a priest from South Dakota, Father Michael Wensing, who a year ago this past week experienced what he, his pilgrimage group, and the custodian for Franciscan shrines in the Holy Land believe was a miracle.

It was during a trip that began November 4, 2015, that Father Wensing was celebrating an early Mass at the Church of All Cities next to the Garden of Gethsemane that it occurred.

This was before other pilgrims arrived for the day. 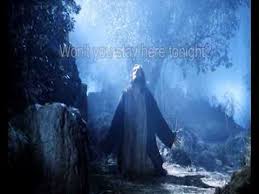 “I knew the Franciscans and so before other pilgrims got there, I was able to say Mass,” Father Wensing, of Holy Name Catholic Church in Watertown, told Spirit Daily. “They opened Communion rails at the rock for us [usually this is closed to pilgrims].”

“Afterward, half an hour after we had started, I was quickly divesting and I heard people shouting, ‘Come back, father, come back. Something amazing is happening. Look at this rock!’

“It was glistening with moisture and I thought, ‘Maybe it’s like dew on a car in the morning,’ but cars don’t get dew in a garage.” The rock is indoors.

In place of the moisture, three quarter-sized pools of blood had appeared — lasting for a just short time before evaporating. “There was an an indentation on the rock and in it was what looked like blood,” says the priest.

“I was just stunned. I knelt down and blessed myself with the water and blood. One woman tasted it and said it tasted like a nosebleed.”

It was at the Garden that Christ sweated Blood, of course, and the combination of water and Blood also recalls the Crucifixion itself, when the Lord’s side was pierced.

It is timely — this account — at a moment in history when we need to plead that Blood.

The liquid may have disappeared quickly, but not before being photographed.

“We stood outside as tourists were ready to be admitted and gathered all their evidence,” recalled the priest. “There had been twenty-one cameras and cell phones clicking.”

Some also took samples on things such as a finger or on a tissue.

“We sent all the evidence to the custodian, the Franciscan friar, in charge of all Franciscan shrines in Israel, Father Pierbattista Pizzaballa, now archbishop-patriarch of Jerusalem, and later he flew from Jerusalem to D.C. and met with Beth Kenny [one of the pilgrims]. He instructed friars to wipe it every morning now to see if there is a sign. He believes it was a miracle.”

In the eight centuries since the Franciscans first began to care for the Garden, no known sign of blood ever emerged from the Rock of Agony where Jesus prayed. Noted a newspaper: “As Wensing was leading the Mass, that all changed.”

A local radio station, KXLG-FM, has also reported on it and includes an interview on its website.

Among others, believes Father Wensing, that “Christ still suffering with Christians in the Middle East.” Perhaps elsewhere as well.