We know it can rain “cats and dogs” — but frogs? What about periwinkles, eels, spiders, fish, black water, a substance like blood, or jelly?

Such and more were recorded by a rather eccentric fellow named Charles Fort, a venerable grand-daddy of books about all things strange. Spending week upon week, year upon year, sifting through newspapers at major libraries (no Google back then), he had collected 294 such reports on this specific phenomenon alone b 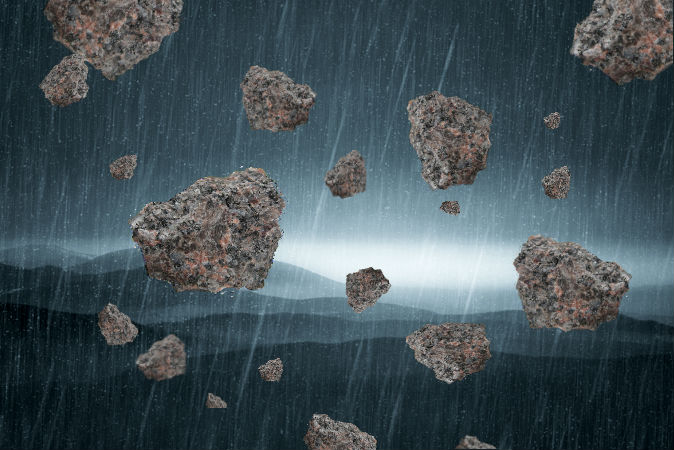 y 1931. Since his time, there have been reports of inexplicable chunks of ice and even shredded flesh falling from clear blue skies — no planes overhead. During the 1960s was the report of a cadaver that came crashing onto the windshield of a car driven by a Mary Fuller of San Diego, with her son at the time.

That had a ready explanation: at around the same time, though unnoticed by either one of them, two planes, a Pacific Southwest flight and a Cessna, had collided in the sky far above. Lo! You never know what will “hit you.” You can imagine the consternation.  When it rains it… dumps coins? That has been  recorded.

Much of this (especially when it involves stones) is a hallmark of poltergeist activity. Some believe animals plummeting to earth herald end times.

The Roman scribe Pliny the Elder wrote about falling fish back in the first century.

Or how about manna: since the Bible was written (“He rained down manna upon them to eat, and gave them food from heaven,” Psalm 78:24), any number of accounts have edible material descending mysteriously, including a white-like substance — coriander-like seeds — to a starving community in impoverished Angola, in March of 1939.

In at least one other case: an unidentifiable substance that was found edible — described as like light-colored, malleable clay — descended from somewhere or nowhere, but seemingly from above; in further instances, what has fallen has been ground into flour… It has been a bit different in the U.S., where, apropos of the culture… golf balls have been recorded.

Some things can be ascribed to meteorological patterns, starting with tornadoes: So potent are cyclonic winds the higher-grade ones have no problem lifting a train car or moaning cattle. Objects can be found more than a hundred miles away.

When, in 2017, 150-mile-an-hour winds ripped through a chapel at William Carey University, a Christian school in Mississippi, a totally intact Bible was found despite the devastation (and mayhem) that surrounded it. The passage it was opened to when discovered: Psalms 46 (“God is our refuge and strength, a very present help in trouble”)…

Objects dropped by wind we can explain, but what of children in Lake County, California, who were no doubt more delighted though flummoxed when, in a period between September 2 and 11, 1857, candy-like material descended during evening hours — sugary, quill-like crystals that ranged in size from an eighth to a quarter of an inch long. Manna for the sweet of tooth: One woman made syrup from it!

Tornadoes don’t come repeatedly, dropping the same thing night after night on a vicinity, and without notice.

Halfway across the country, that same year, in Ottawa, Illinois, a hissing sound served as prelude to cinders showered u 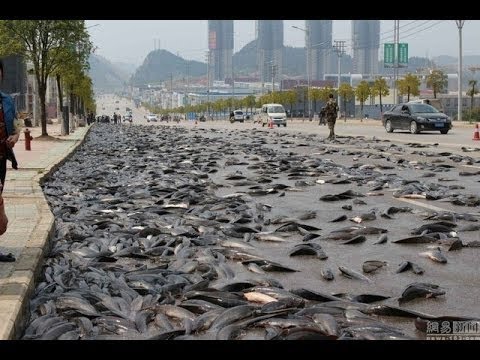 pon the ground in a V-shaped pattern, causing the ground to steam and grass to catch fire (or so it is alleged). The farmer who witnessed this insisted a small dense black cloud had hovered over, though shedding no rain and bearing no lightning. A freak of meteorology?

Perhaps the most mysterious: what occurred on the night of September 26, 1950, in Philadelphia when two cops, John Collins and Joseph Keenan, came upon something not even the most senior officers in any earthly precinct would expect to encounter (let alone comprehend). We even have a specific locale: 26th Street and Vare Avenue. Cruising on their patrol that night, they suddenly spotted a large, shimmering “thing” in the illumination of their headlights, an object or whatever that was settling onto an open field a few dozen yards away. Hopping out, the officers had spotted a domed blob, an inch or so thick at the edges — perhaps a foot at the center — and six feet in diameter.

No doubt stepping back, Collins and Keenan observed that it was pulsating (as if alive) and radioed for help. They were soon joined by Sergeant Joseph Cook and Officer James Cooper, who suggested they try lifting it. This wasn’t exactly something they could slap cuffs on! When Collins went to reach underneath, however, the mass collapsed and fell into fragments, some clinging to his skin but then sliding off — sticky but (thankfully) odorless.

Soon the entire thing evanesced — leaving us scratching our heads more than half a century later. (Today, one notes, there’s a Cheesecake Factory, modest homes, and playground nearby, as if nothing ever happened.)

But mainly it has been — stones. Sometimes rocks. Sometimes pebbles. On rare occasions: “boulders” (probably meteorites). There is even a rain of stones upon a knight on his horse in a famous woodcut, “Don Quixote.”

For the main part, they are not so easily explained. Manna is one thing; a rock through the window (and they have penetrated homes, sometimes in a fusillade) is another.

As for flesh: that, some scientists have ventured, may be from vultures disgorging themselves as they wing high in the sky above (not the most pleasant image; perhaps plausible).

One is hard-pressed not only when a weighty rock finds its way into the neighborhood from nowhere but when the phenomenon repeats itself in the same vicinity — again, in some cases for days or even weeks. There are homes that have been stricken dozens of times — in at least one case, a couple hundred. During medieval times, they thought it was brownies or goblins (“invisible weights,” in the lingo of the era). Superstitions were rampant. So were explanations that were otherworldly. When stones fell from the sky in New Hampshire in 1698, it was all recorded in a pamphlet titled “Lithobolia,” or stone-throwing devil.

Can a whirlwind pick up and later deposit such debris?

One prefers this explanation to that of a poltergeist! What about when it happens on a clear day? And would a waterspout be so selective as to dump only fish or frogs or (as has occurred) worms?

On Nov. 23, 2013, thousands of little rocks plummeted from the sky over Sicily and cars were covered with small pointy black rocks. That was after a volcano, Mount Etna, had erupted — spewing out pumice ash, dust, and, yes, stones skyward. Mystery explained! We can assume an explanation also for the north country of Australia, where there was the sudden appearance of fish and crabs in a remote Kundat Djaru community in March of 2017 after a downpour. A waterspout picking up objects and animals, especially fish, is hardly unimaginable. The very same day, but ten thousand miles away —  in Florida — the Tallahassee Democrat informs us that Bo and Terry Fountain were having a meeting outdoors when a catfish startled them. “We heard a kapow,” Bo told the newspaper. “It sounded like a gunshot. Then a catfish landed on the ground.” The fish hit a roof before falling to the ground. Not too hard to explain here: no doubt, from birds that were circling above. “If it had hit the table instead of the ground,” said Terry, “I would have had a heart attack.” And also dinner. They took the catfish and headed to their farm in Georgia. Blame it again on vultures (or what they call “turkey hawks” there). The year before, a woman in Philadelphia named Lisa Lobree was hit in the face by a five-pound catfish that left her wanting a change of clothes. No picnic! Likewise, though, easy to explain. 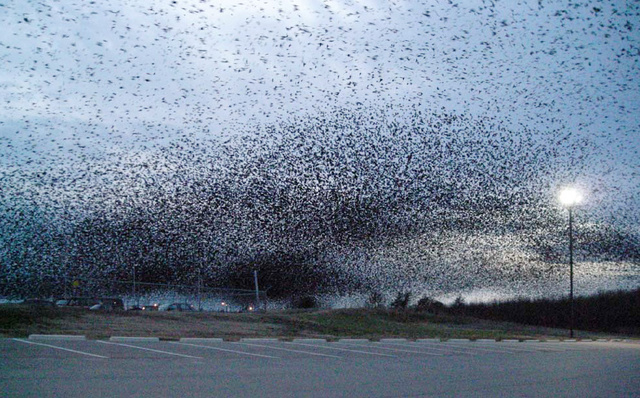 But bizarre? Stones have landed inside homes, as if through the roof. Mediums call these “apports.” We stay away from mediums. There have been cases whereby water pours down as if from a hose upon a very confined area on a clear day — and then does it again in the same spot the next day, as if from a fixed point. Frogs? Also snails. And squirmy red worms. Enormous quantities. Oil has fallen, and in time periods that preceded aircraft. Strangest of the “unexplained”: when witnesses insist, as they have, that stones or rocks have fallen in a preternaturally slow manner — making soft, less threatening landings, more like they’re are wafting through the air before settling on the earth.

An optical illusion — or desperately wishful thinking, when rocks are headed one’s way?