The crisis, for an executive from Birmingham, England, began while he and his family were in the U.S. on a holiday in quaint, cozy New England, watching a Harry Potter movie. In a hotel, erasing cares, he was all too soon distracted by an intense, persistent itching. Where did this come from? It felt, reported a newspaper, like there were “fleas all over.” Bedbugs? That wasn’t it.

It was something much worse…

As the itching continued, the Brit began to notice little pimples dotting his skin — pimples with strange tiny spikes piercing out. Seems “Paul,” as he was identified by the newspaper, had “Morgellons disease” — an anomalous condition whereby threads or fibers, often of various colors — especially blue and red — poke from lesions or papules and form what look and feel like tiny cotton balls or — in certain cases — a black, tarry exudation. More startling, it’s estimated ten thousand people have been thusly infected and afflicted — some so beside themselves with the constant itching and inability of medical science to reckon with it that they’ve committed suicide. For years doctors scoffed at the notion that fibers or hollow tubules — and colorful to boot! — could be produced from human skin, and armed with that surety, hesitated not at all in diagnosing those with it as “delusional.” For it is odd.

One notes that exorcists say some cases of possession include materialization of strange fibers.

Many compare them to minuscule worms — ones that, to make it creepier, seem alive… the threads wiggling back into the skin. A famous singer, Joni Mitchell, described her own Morgellons as “this weird incurable disease that seems to come from outer space.” And in fact theories on its etiology run the gamut from bacteria brought back to earth by space missions to something implanted by aliens — or perhaps, back down on earth, to newly invented nano-particles that have run amuck.

It just isn’t normal, its name bequeathed by Mary Leitao, a mom in Pennsylvania whose son had it. When Mary examined him (with his toy microscope, no less), what she had seen was nothing to play with: inexplicable red, black, blue, and white filaments around his mouth.

To her further shock, she watched them coming out of his skin…

Researching it in libraries and online, Leitao discovered that there’d been a similarly pestiferous condition back in the 1400s in the Languedoc region of France – the children itching so badly they convulsed!

There it was described as “coarse hairs.” Here, call it simple mystery… for Morgellons fibers match not a single one of eight hundred known fibers or organic compounds in the data banks of forensic pathologists. It’s neither animal, vegetable, nor mineral. It looked almost demonic. “You feel the sensation of something trying to come out of your skin,” said one doctor, Dr. Greg Smith, who had it himself — waxy scars all over his body — and found himself obsessively trying to pluck the “threads” out, as he fought off an intense burning sensation over his entire body.

To make matters more confusing, not only did it act like no biological organism, but one victim claimed to have watched a filament burrow its way into a pair of glasses…

It went beyond hallucination. 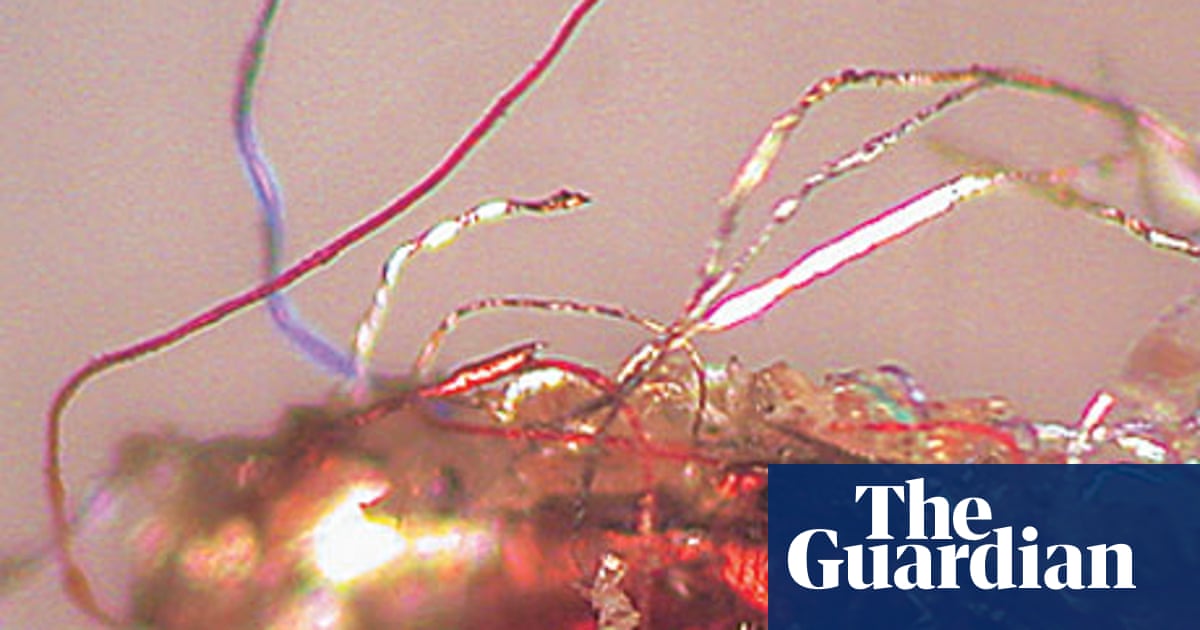 That didn’t exist in the fifteenth century!

When I contacted the director of the Charles E. Holman Morgellons Disease Foundation, she explained that the latest in DNA analysis had proven it to be an infection by Borrelia spirochetes — a spiraling, tick-borne bacteria that activates the skin into producing the transmundane results. That bacterium traces back to Lyme disease, a widespread affliction so named because its first cluster was in Lyme, Connecticut, where it was first noted in association with deer insects… especially prevalent in the warm months of summer.

They had gotten it by way of ticks!

If that seemed to finally solve it, it also made it more of a mystery, with clandestine subplots.

For the eponymous town in Connecticut is near the body of water known as Long Island Sound that separates Connecticut from the eastern suburbs of New York, and ten miles across that is an island where enigmas rise like cinematic fog.

Once a military installation, it’s known as Plum Island and was used, beginning in 1954, for top-secret research on biological weapons — specifically, bacteria and viruses that afflicted livestock.

No one worked inside without protective gear nor left without showering. And yet, ducks and cows began suspiciously wasting away on farms in the area.

The dark history began after World War Two, when an ex-Nazi named Erich Traub, whose expertise included warfare pathogens, was recruited by the United States in what was known as Operation Paperclip. Traub had once worked in a germ-warfare lab on an island in the Baltic Sea and helped establish Plum once the war was over. Among the disease carriers (or “vectors”) Traub studied for use in disseminating bio-warfare agents were… ticks.

Did Lyme find its way out of the flasks? Some suspect the same for coronavirus. Might an animal or human with it brought it away from the strict confines of Plum?

Or hitched a ride on deer that can easily swim to and from the island? Insects?

More than a million birds flap around, over, or overnight on the island as they migrate each year, many of them en route to estuaries in Connecticut… and specifically that quaint and once sleepy but now infamous town of Lyme.

Rumors swirl that West Nile virus – which has killed millions of crows on the East Coast, and threatened humans as well — was likewise on Plum (and at other military facilities). Intriguing it is that Morgellons shares characteristics with the effects of an organism that was isolated from veterans afflicted with Gulf War syndrome (and also bore similarities with juvenile rheumatoid arthritis and fibromyalgia). Suspicions gained currency when a government lab at Texas A & M was closed due to bacteria that had escaped. In Reston, Virginia, ebola once got out of a lab. We have discussed the “prions” suspected of causing “mad cow.”

Back on Long Island, it got stranger.

On July 12, 2008, a woman named Jenna Hewitt and three companions stumbled upon a dead, waterlogged creature that had washed ashore at Ditch Plains Beach and resembled no known animal. They stood aghast at its appearance. Almost furless, with pronounced teeth and a purpled, leathery, bloated body, it looked like a skinless hound of the Baskervilles.

Biologists opined that it was a turtle without its shell (this later discounted), a decomposed pig (perhaps), or a partially decayed raccoon (missing its upper jaw). Take your pick.

Raccoons have prominent teeth and upper jaw, though shorter legs (in proportion to their bodies) than the “Montauk monster.” Neither did it seem like a lamb: fierce-looking eyes, described as almond-shaped, and the sharp, pronounced front teeth made sure of that!

anine, it had been a dog one with a beak, for a large bone protruded from the middle of the face!

Other creature reports are also in the record of that area.

The simple process of decay? Or: mammals that, like bacteria and viruses, had been modified at Plum Island?

Perhaps it was a raccoon.

I’m all but certain it was.

But we may never close the case. For the “monster” was spirited away, with no one sure of its final destination.