Spirits are great at playing with your head.

Do you realize they can change perception?

A man who sees into the supernatural recalled how, when he was once on jury duty, he could see a diabolical spirit flitting in front of the man on trial and distorting the way he was viewing people — taking the words of a judge as being threatening when they were nothing of the sort and what was actually a kindly smile from another juror to be a sardonic grin.

How many times in our lives have spirits — demons — filtered what we see and contorted it, perhaps causing major misunderstandings?

They also will play with memory.

One way they do that is to resurrect old recollections to use against you: perhaps a pornographic image to tempt you against chastity. According to a well-known exorcist, Father Chad Ripperger, they can access our memories and imaginations.

Others say the same. “In addition to bringing up memories, demons can also attack your imagination with images that do not reside in your memory,” notes Charles D. Fraune in a valuable book we are offering, Slaying Dragons. “A priest once told a story of a nun who, in Confession, mentioned having images in her head of a pornographic nature. This nun had never seen anything of the sort, and they concluded that this was of diabolical origin.”

“Don’t listen to the demon; laugh at him, and go without fear to receive the Jesus of peace and love,” Saint Therese of Lisieux once said.

Besides distorting what you see, hear, or imagine, says Fraune, “demons can also block your memories and your ability to remember certain things. This prevents you from remembering the sin that was at the start of your problems, and which is one of the more prominent sins with which you are currently struggling.”

It’s also a way to prevent you from “putting two-and-two together”: figuring out a pattern of infestation. Our memories clear when we pray. Our perceptions are more authentic. 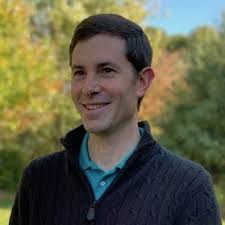 “Demons can attack our perception of people and situations,” notes the book. “The most common is to make evil seem good to us, to make us desire something, especially at a weak moment, that we would never otherwise think was good for us. They can also twist how we understand what another person is trying to communicate to us.”

We can take what someone says as suggestive, suspicious, hostile, unloving, hurtful, or jealous, when it may be nothing of the sort.

Unfortunately, such demons often “attach” not just to a person but to families, says the author. “This sort of demon can travel within the family and down the family line through marriages,” he writes, for our discernment. “Often, when this is the case, a newly married spouse will notice a sudden change of a negative sort soon after the marriage occurs.

“Removing generational spirits is one reason why there are exorcisms in the traditional rite of Baptism,” says the book. “These Baptismal exorcisms are also done to ensure the child is not burdened under any curse placed there as a means of revenge against the family.”

Unfortunately, dispelling such a spirit or spirits (plural, for they can be “legion”) sometimes can not be accomplished through a simple dry ritual but requires breaking curses and casting out. Fasting empowers — and cleanses — us greatly. So does Confession.

Valuable, it is noted, is renunciation of whatever sin it is/was that had been committed by a past generation.

Many marital problems today, Father Ripperger is quoted as saying in the book, are caused by demons driving a wedge between a couple — creating gross distortions and imagined suspicions. Being open and honest with each other is a way of thwarting such misunderstandings and strengthening bonds. Fill your mind with Godly thoughts. Seek closeness with God. And when the devil tries to enter your mind, put up a “No vacancy” sign.