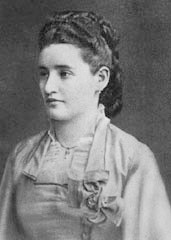 Many “mental” and emotional ailments relegated to the domain of psychology are in point of fact demonic in nature. “Double-mindedness (possession by a spirit) may be labeled “schizophrenia.” A violent demon often leads to a diagnosis of sociopathy or psychopathy. A spirit of infirmity can be labeled “psychosomatic.” Demonic obsession: neurosis. And possession by more than one demon? That’s usually misdiagnosed as “multiple-personality syndrome” when in actuality it involves just as Jesus showed at the Garesenes: a “legion” of devils ( 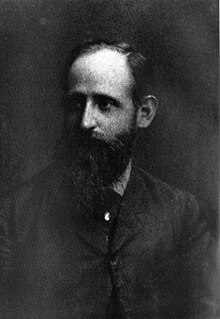 using the label of the demons themselves, Mark 5:1)

Few are aware that the “father” of psychoanalysis, Sigmund Freud, based his theory in part on research with a patient who was given the pseudonym “Anna O” (real name  Bertha Pappenheim, 1859–1936) who later — incredibly — complained that she wasn’t mentally ill but rather possessed. Bertha was a feminist whose case formed the basis of Freud’s “groundbreaking” book, Studies on Hysteria. Remarkably, Freud’s co-author and mentor, Dr. Josef Breuer, later agreed with Bertha that something uncanny was at work — and once fled the room in a cold sweat when he hypnotized her! Her “split personality” is today referred to as “dissociative identity disorder.” (Besides shifting into different languages, she hallucinated snakes.)

Yet Freud’s psychological explanation not only was allowed to stand but set the stage for the tsunami called psychotherapy, whereby the therapist’s couch (or the psychiatrist’s drugs) replaced the exorcist’s prayer room and parish confessional.

At any rate, this all comes to mind as we carry a new book by a psychiatrist who not only recognizes but assists in exorcism.

Decades ago, Dr. Richard Gallagher, an academic psychiatrist, awoke in the night to the sound of his two otherwise-docile cats screeching and clawing at one another. Gallagher was forced to separate the berserk cats into two rooms, then went back to bed, mystified by their strange behavior. The next morning, a priest with whom Gallagher was acquainted knocked at the door, accompanied by a woman with jet black hair whose eyeliner stretched to her hairline. “How’d you like those cats last night?” she quipped.

This was Julia, who claimed to be a high priestess of Satanism possessed by demonic forces. Her remarkable case was among the first of many that Gallagher would encounter in a long career spent distinguishing psychosis from alleged possession. Julia exhibited a series of behaviors that, as Gallagher sees it, constituted a “once-in-a-century” possession, from speaking in languages she claimed not to know to allegedly levitating for over half an hour during an exorcism. [see bottom for book]

I was inclined to skepticism. But my subject’s behavior exceeded what I could explain with my training. She could tell some people their secret weaknesses, such as undue pride. She knew how individuals she’d never known had died, including my mother and her fatal case of ovarian cancer. Six people later vouched to me that, during her exorcisms, they heard her speaking multiple languages, including Latin, completely unfamiliar to her outside of her trances. This was not psychosis; it was what I can only describe as paranormal ability. I concluded that she was possessed. Much later, she permitted me to tell her story.

The priest who had asked for my opinion of this bizarre case was the most experienced exorcist in the country at the time, an erudite and sensible man. I had told him that, even as a practicing Catholic, I wasn’t likely to go in for a lot of hocus-pocus. “Well,” he replied, “unless we thought you were not easily fooled, we would hardly have wanted you to assist us.”

A small group of nuns and priests met the woman in the chapel of a house one June evening. Though it was warm outside, a palpable chill settled over the room.

As the priests began to pray, the woman slipped into a trance — and then snapped to life. She spoke in multiple voices: One was deep, guttural and masculine; another was high-pitched; a third spouted only Latin. When someone secretly sprinkled ordinary water on her, she didn’t react. But when holy water was used, she screamed in pain. “Leave her alone, you f***ing priests,” the guttural voice shouted. “Stop, you whores. … You’ll be sorry.” Dr. Richard Gallagher is an Ivy League-educated, board-certified psychiatrist who teaches at Columbia University and New York Medical College. He was part of the team that tried to help the woman.
+
[For Full Story]
From Yahoo:
+

When Gallagher examined the woman, he found multiple bruises that would spontaneously appear. “It didn’t seem to be explainable on the basis of any medical or psychiatric pathology,” he recalls. “She appeared to me to be completely sane. I had never seen a case like that before.” Gallagher had determined that there was no medical cause for her injuries.

She was, he came to conclude, attacked by an evil spirit. Ever since then, Gallagher has been approached by many leaders from different faiths, including Muslim and Hindu clergy members, to give scientific advice about whether a patient is mentally ill or under demonic possession. He has also spent many years as the scientific advisor on the governing board for the International Association of Exorcists, an organization that was formally recognized by Pope Francis in 2014.