You have perhaps heard of the “crystal skulls.”

This is a legend whereby ancient Indians in Latin America fashioned relics with supposed mystical powers. 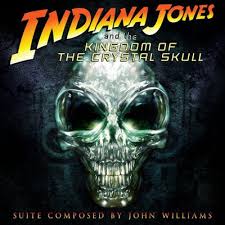 They’re made of clear quartz and were featured in an “Indiana Jones” movie. A bit on the creepy side.

Notes Wikipedia: “The skulls are often claimed to exhibit paranormal phenomena by some members of the New Age movement, and have often been portrayed as such in fiction. Crystal skulls have been a popular subject appearing in numerous sci–fi television series, novels, films, and video games.”

Alas, for fabulists, the crystal skulls, which legend dated to before Columbus, in Mexico and Central America, were eventually found to have been carved, in part, by mid-19th-century rotary tools — not by ancient Mayans or Aztecs.

Skulls have always held an occult fascination — important in black magic and other forms of conjuration (and necromancy).

In 1612, there was a trial in England of one Anne Chattox, head of a Lancashire group of witches. The accusation: that she had dug up three skulls from a churchyard to use in a ritual, or perhaps as a demoniac concoction of some sort  of potion. 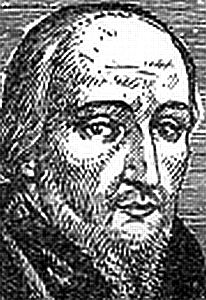 At Wardley Hall in Lancashire, the skull of a 16th-century Catholic martyr named Father Ambrose Barlow is on view at the head of a staircase. A Benedectine who ignored King Charles I’s order for priests to leave the country, Father Barlow was sentenced to death on September 8, 1641, the feast of the Nativity of Mary, and executed two days later — hanged, dismembered, quartered, and boiled in oil, refusing  to renounce his Catholic faith.

His head was afterwards exposed on a spike, the skull rescued by his cousin, Francis Downes, Lord of Wardley Hall, a devout Catholic rescued his skull and preserved it at Wardley, where it remains to this day.

A legend warns that if disturbed, it will emit what Reader’s Digest says are “blood-curdling screams.” This is to be doubted.

That may be the screaming skull of Bettiscombe Manor, in Dorset, England.

The story has it that during the 1700s a member of a family named the Pinneys returned from a voyage with an Caribbean slave who shortly died, but not before making his master vow to bury him on his home island of Nevis.

The squire broke his promise, and soon, it is said, the skull caused terror in a passersby with its blood-curdling screams.

Bizarre they remain. As for that Caribbean skull: some claim when it was examined by an expert, it was found to be that of a female and 2,000 years old.

Mysteries. Claims. What faith — that of Father Barlow! But back to the point:

A strange planet, is earth; a place of mystery and blindness, home of the blinkered, without the Holy Spirit.