“Curses!” they exclaim — and there are such things in northwestern Florida (better known as the Panhandle) — a couple of them, at any rate.

There is Tate’s Hell. That’s a large stretch of palmetto scrubland, marsh, and pine forest south of Tallahassee near a small town called Carrabelle off U.S. 98.

Call it — the reason for the forest’s name — a legend. Or call it a warning.

Perhaps, call it an elucidation. 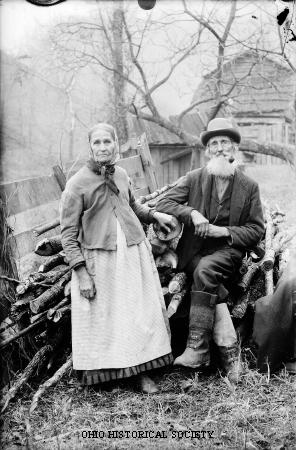 In an even smaller town called Sumatra near Carrabelle was a Civil War vet named Jebediah Tate who bought a 160-acre homestead and turned it into a farm. His wife was half Cherokee and they had a son they named Cebe.

Jebediah was considered “superstitious,” perhaps because, after his wife died of yellow fever, he made a pact with a local Indian medicine man for good fortune. This would come, promised the mystic, if they gave him a pig each year and as long as Jeb and Cebe stayed out of a certain cypress forest.

And so for three years the Tates gave up a hog when the Indian, and his spagyrics, came around. But then came 1874, and for some reason — perhaps deciding they were too superstitious — Jeb and Cebe decided to stop giving a pig away. The medicine man, says literature given by the town’s visitors’ center, warned that if they withheld that pig, they “would not only see hard times; they would go through hell.“

That year Jebediah died of malaria, the pine trees gave little sap (Cebe made currency gathering pine oil), the sugar cane was stunted, and the scrub cattle began to disappear.

Cebe’s pigs did fine, and so life went on — as did romance: Cebe married a mail-order bride who had immigrated to New York from Germany. There was a problem: Cebe had all kinds of pork, but his wife was of the Jewish faith, and craved beef, causing Cebe to take off into the woods — when she had enough of just potatoes and pancakes and corn — to find a scrub cow. Armed with shotgun, and accompanied by two hunting dogs, Cebe journeyed into a swamp, where his dogs promptly took off after a panther and did not return. To make matters more precarious, Cebe also lost his rifle in the muck.

Lost for seven days and nights, the farmer is said to have gone into a dwarf cypress stand to escape the relentless yellow flies, falling asleep against trees that were protected by the Indian’s magic: in the forbidden patch of forest. He awoke — according to the legend — when he was bitten by a snake (in these parts probably a water moccasin or pygmy rattler) and ran blindly through the swamp, delirious both from the venom and from the mucky water he had been existing on.

Finally he came to a clearing near Carrabelle — now a state park named for him — and lived long enough only to explain a few things, apparently, and to murmur the words, “My name is Cebe Tate and I’ve just come through hell.”

Most likely: a few particles of truth.

Do curses actually operate in such a drastic fashion?

Virtually every culture, independent of each other, believes so.

Twenty-two miles to the west of Tate’s is Apalachicola, and old town where the landmark building is a large and extensively porched structure called Gibson’s Hotel.

And therein is another alleged “curse.”

In this case it is supposedly two sisters who committed suicide there, jumping off the roof after an “old hag” who lived in what was then called Westpoint cursed them for making fun of her.

Claimed one hotel guest, “I was visiting family nearby and booked a room at the Gibson Inn for a week. Nothing seemed amiss my first night there, but I began seeing something strange out of the corners of my eyes. I started catching glimpses of two girls in simple cotton dresses. They wore old-fashioned knee-high socks and black Mary Jane shoes. One was taller than the other but they appeared to be sisters. Despite their outdated clothes, they seemed so vivid and natural… The only way I could tell that they weren’t living was the fact that they both had two opaque birds, floating and flying around their heads. Honestly, I thought I was starting to develop a mental disorder,” he admitted.

“That night, I woke up to the sound of birds squawking inside my hotel room,” said this same man, identified only as Travis. “When I sat up, I saw the two girls standing beside my bed. The birds were hovering on each of their shoulders.

“The birds began to fly around the room in lazy circles. They saw me looking at them and said, ‘they aren’t ghosts, they are curses.’

“The two sisters nodded. ‘At night we could never sleep, because we’d hear their wings beat in the dark.’

“As they spoke, the sheer black birds stared at me as they moved from furniture to furniture around the room.

“Did she ever lift the curse?” Travis asked, though he could guess the answer.

The youngest girl sighed, looking at her older sister with a forlorn expression on her face, in the telling of this tale.

‘The witch told us we would suffer until we die.’

“’My sister couldn’t take it anymore,’ the youngest said. ‘She told me she would rather be dead than live in madness.’

“’So we climbed up to the roof of the Gibson Inn, and jumped off,’ she said with a shrug.” 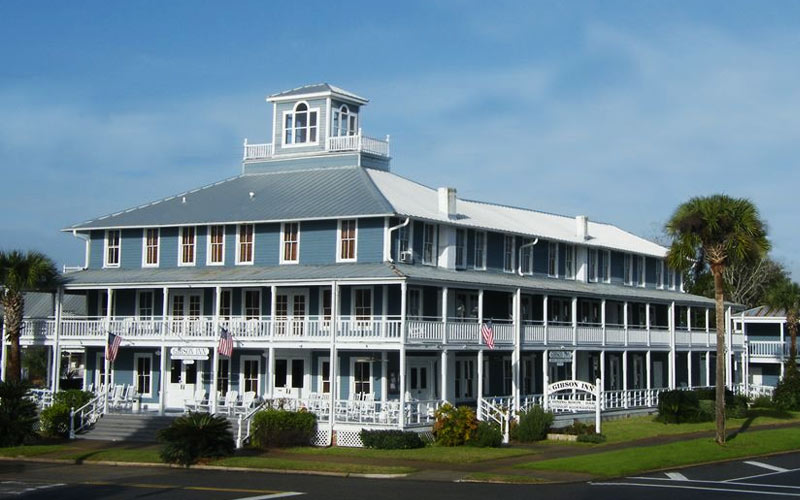 This is according to Backpackerverse, and asks us to believe not just in curses but ghosts…

Tales of the Panhandle.

One can look to the example of Saint Benedict, who gathered many enemies constantly plotting to kill him. It is said that once he was offered a cup of wine full of poison. Saint Benedict blessed the cup with the Sign of the Cross which made the cup break up. Another time the plan, according to tradition, was to have him be poisoned with bread, but here again, after blessing the bread with the Sign of the Cross, a crow showed up and took the bread away from his hand, saving his life — this time bird with a good cause.

Notes a website extolling the power of the saint’s medal: “The medal of St. Benedict, propagated anywhere in the world for more than three hundred years, especially by the Benedictine monks, has been famous by its extraordinary effectiveness against the demon and his manifestations; in the defense against curses of all sort, against diseases, especially the contagious ones, against snake bites and other animals; in the protection of domestic animals, vehicles, etc.”

Can the ill will of another really attach to us?

Perhaps the answer, upon which we should meditate, is in Scripture:

“Like a sparrow in its flitting, like a swallow in its flying, so a curse without cause does not alight,” says Proverbs (26:2).

[Next: how we leave openings for curses]