Do you wonder why certain nations — plagued by poverty, disease, and assorted other miseries, including, in areas like the Middle East, constant violence — can’t seem to succeed; can find no worldly solution for their woes?

The answer is because the solution is spiritual.

Haiti: not only so poor that families sometimes resort to eating dirt, but constantly hit by ferocious storms, carking diseases like AIDS, even earthquakes. The national religion there: voodoun (what we call “voodoo”).

Deepest Africa: where the virus for AIDS originated, as did voodoo (ground zero too for crises of hygiene and starvation).

Or the eyes can turn to Asia. China: terrific pollution and backwardness still prevail in much of the countryside, despite its continuing economic, military, and geopolitical advances. Communism still prevails here (a Gallup poll: ninety percent classify themselves as atheists or non-religious), and if not Communism, Buddhism or Taoism. 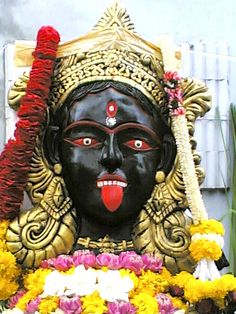 India: pictures of beggars on overcrowded streets with open sewage — yet like other Asians, excelling when they move to the West (where they often display unusual academic ability).

“Foreign Christian missionaries note that in any nation where there is freedom to worship idols, and idol temples are filled with worshippers, honoring false gods and goddesses, there is an increase in demonic activity and demon possession,” notes Perry Stone in a new, informative book (Feeding Demons). “Idol-loving nations also experience extreme poverty, sickness, and superstition that accompanies the worship of dead gods.”

In the Middle East — in the land of Islam — constant warfare.

There are many factors in a nation’s progress. And there are now, for certain, serious spiritual problems in the West, too, as it diverts from God. It is turning third-worldly.

But it is intriguing, as the book points up, to look back at the very first biblical reference to an evil spirit, in Judges 9:23, wherein the Lord permitted an evil spirit to build a barrier between King Abimelech and the men from Schechem. One Bible translation for “evil spirit” is “spirit of ill will,” meaning a spirit that stirs up contention, strife, and confusion — a good description of the Middle East and other paganistic cultures. 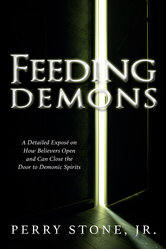