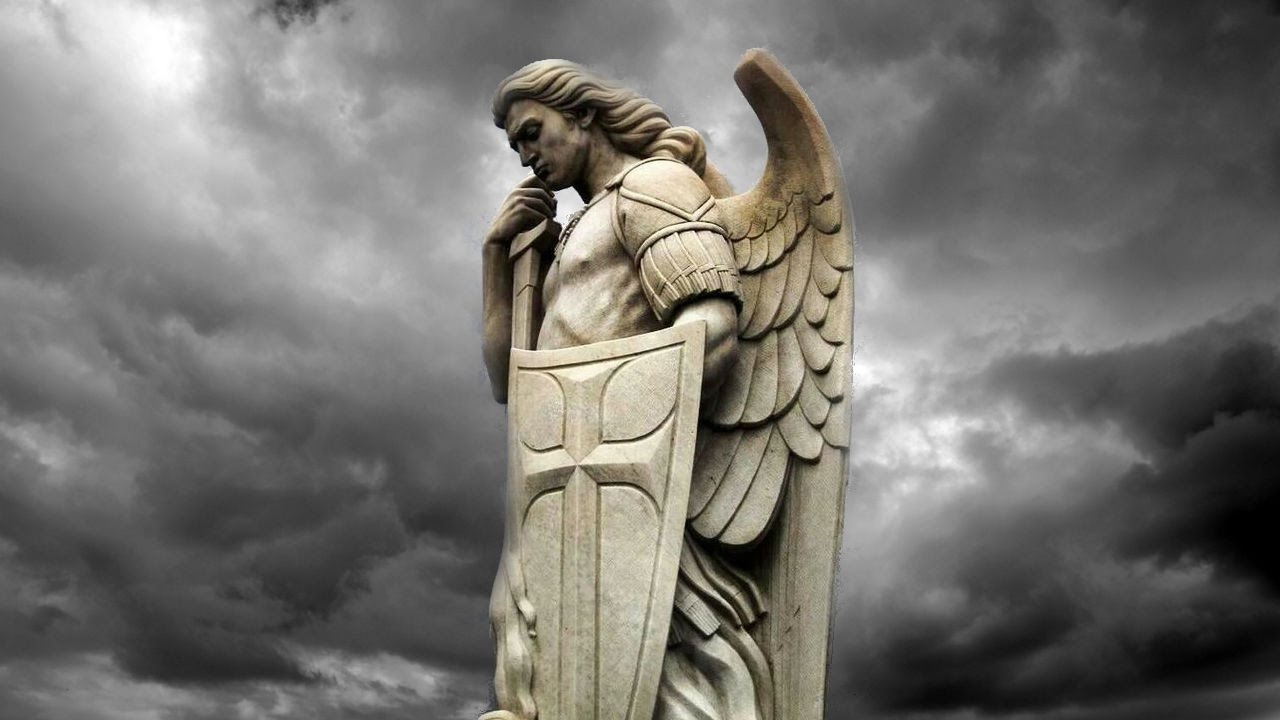 “Many years ago when my children were young, I’d decided that I wanted to grow spiritually and started doing spiritual reading and accompanying prayers. This continued until one night while reading a book that I’d enjoyed, the author discussed the topic of the devil. Until that point in time, I hadn’t believed in a devil, thought the author was ‘insane,’ stopped my spiritual reading, and challenged God on the issue.

A short time later, some teachers invited me to a healing Mass in the area and I went. The church was so crowded that I had to stand in the back. During his homily, the priest talked about a literal encounter he’d had with the devil. Being so far away from the speaker, I didn’t hear the whole story. Hardly believing what I did hear, however, I decided to buy one of the books he’d written which were in the back of the church where I was standing. I remember not wanting to spend the money, but was curious about his story, especially since I’d never heard of anyone saying that they’d literally encountered the devil before. And for a priest to discuss it at Mass, showed his sincerity.

Not only did I buy the book, I also gave a donation for a bottle of the blessed oil that the priest used for the anointing following the Mass.

Later, I’m almost certain it was that same night, if not, it was very shortly following, I was awakened by Fred, my young boy, who ran to my bed and called me in great fear while shaking all over!

He told me that something ‘came into’ him and he could feel it in his body, in his back in particular, and he was having scary dreams!

He was too much afraid to go back to his bed and was most upset at what he could feel inside. Unable to console him, I asked Fred to come downstairs where I decided to pray over him. As we passed his bedroom, Fred frighteningly told me about some scary faces that he’d seen in his window.

Downstairs, I lit a candle and placing my hands on him, prayed continuously. As he calmed down I asked if he could still feel what was inside. Replying positively, I continued to pray. 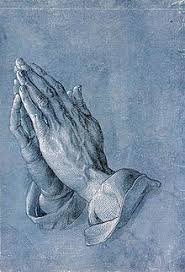 Repeatedly, my prayers seemed to have little effect, and he was too fearful to go back to bed. I was concerned that he wasn’t getting his proper sleep, when I remembered that I had a bottle of healing oil from the Mass I went to. Also remembering that the priest in the book I’d read would make the Sign of the Cross to chase away the devil. I used the oil, made the Sign of the Cross on Fred’s forehead, and continued praying…

Before I was finished my prayer, Fred jumped up and started running in the dark toward the stairway.

I can still hear myself calling to him: ‘Wait a minute. Where are you going?’

As a boy of about five or six years old, Fred was naturally afraid of the dark and ordinarily would not have run through a darkened room to go anywhere.

Forgetting his fears, Fred responded: ‘It’s gone!’ and continued to run to his bed.

I called back: ‘Wait a minute. When did it leave?’

He replied: ‘When you put that stuff on me.’

With that he excitedly found his way to his bed.

The following morning, I asked Fred if he knew what that was ‘inside’ him the previous night. Taking me by surprise, he immediately said that it was the devil. Knowing that I’d never taught my children about the devil, I figured he must have gotten that information at school… 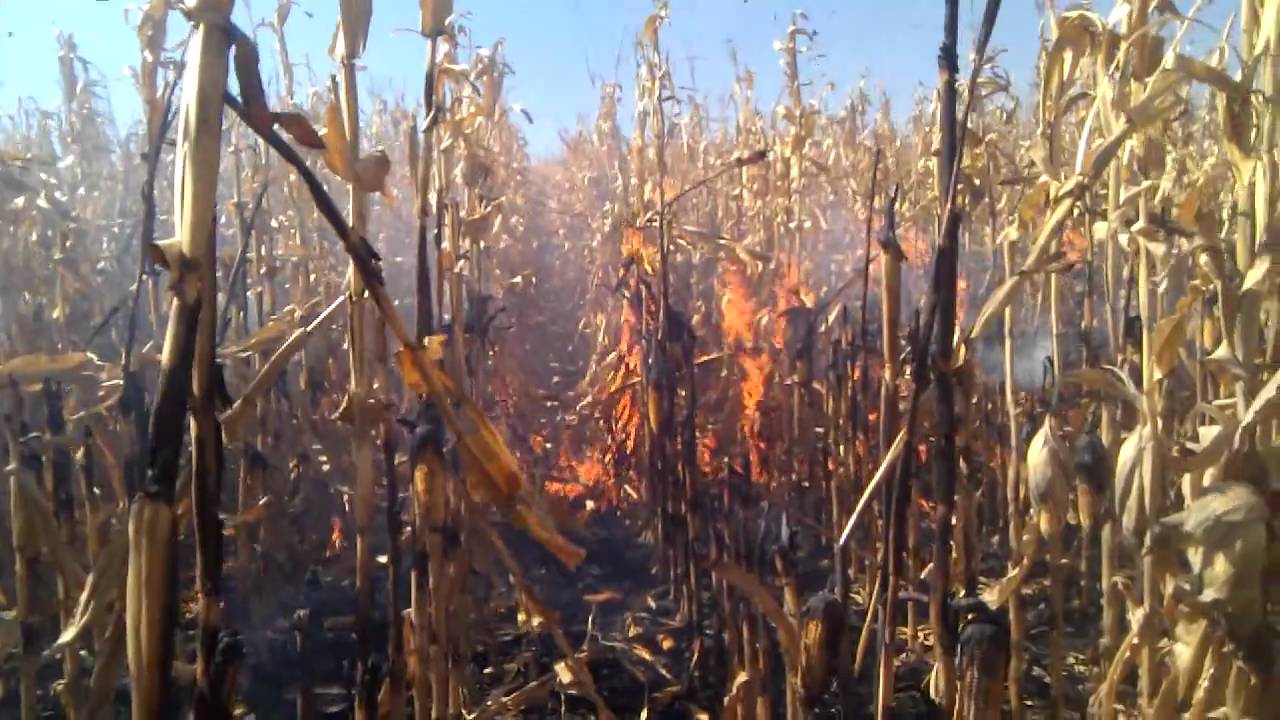 I then asked Fred what kinds of dreams he’d had the night before. He told me that he’d had many fleeting dreams and in one of them, he was eating corn and the corn caught on fire. I don’t remember what else he told me now, but I do remember that his dreams included symbolism of the devil, such as fire.

He still insisted that he had seen scary faces in the window which I dismissed and attributed to his fears.

Years later, when Fred was about thirteen, he palled around with a neighbor about his age. They had similar interests and were always together. Being the outdoor type, they spent much the summertime outside and unseen.

Inside and alone one day, I felt drawn to Fred and Robert’s bedroom.

I didn’t know why, but I had a strong feeling that I should check under the bunk beds on the side where Fred kept his things.

Doing so, I pulled out some unfamiliar cards that I figured Fred got from his friend. The cards had strange and demonic symbols on them that gave me a cold, uncomfortable feeling.

Knowing that the Holy Spirit led me to the cards for a reason, I realized I had to confront Fred about them. But how does a mother tell her teenage boy that she was in his room, took out some things that he had gotten from his friend, things that were obviously important to him, and were under his bed? And worse, how does she tell him that she thinks they may be demonic in some way and he shouldn’t play with them with his best friend?

I put the cards on the kitchen counter and figured that if God led me to the cards, He would also show me what to do about them. I prayed and asked God what I should do and what I should say to Fred.

Then it started coming back to me! I had completely forgotten! We’d never spoken of those incidents since they’d happened, so it was interesting and strange recalling them.

As I slowly recalled them, it seemed that they had happened, not only for God’s purposes back then, but specifically for this time as well.

When Fred came in from his outdoor adventures he walked over to the counter where his cards were. I told him that I’d found them in his room and was concerned about the symbols on them.

Without saying a word, he picked up the cards and looked closely at them. I listened as he proceeded to tell me how he and his friend played with them.

I then said: ‘Do you remember the incidents you’d had of the devil when you were a little boy?’

Suddenly his mood changed, and with the deep voice of an angry young man, he shouted: ‘Yeah, Mom, and you didn’t believe me that there were faces in the window!’

And Fred shouted back as if he’d been holding in anger all those years because I didn’t believe him: ‘Yeah, Mom, there were, and you didn’t believe me!’ In his anger he walked out of the room.

I was totally shocked and hurt that my little boy, many years ago, saw something very frightening and real to him, and his mother didn’t believe him! And not only that, but he seemed to have held his hurt in for a number of years!

We’d discussed those faces at a later time and he told me that they were very ugly, changing, and unmistakably real! That time I believed him! We both decided to do research on the symbols on the magic cards and found that they were indeed demonic; and Fred willingly gave up playing with them.

We both confronted his friend who also agreed not to play with them.

But God wasn’t finished, and neither was the devil.

As an older teenage boy, Fred would purchased his own music and in the summers, he would stay up late at night in his room listening to it. As I was visiting him in his room one day, he started to tell me of his experiences of the previous night: As he lay on his bed listening to his music, the door of his room suddenly slammed shut. Fred then saw the ugly face of a devil on the wall opposite him, until it moved to the wall right beside him changing sizes as it did!

He then put his hand in front of the image and it jumped onto his hand and remained there even when he moved his hand in various positions, until it disappeared.

The image then reappeared on the Crucifix hanging on a wall opposite Fred’s bed,  covering the image of Jesus.

I asked Fred why he didn’t come and tell me when these things had happened and he said that he was so scared that he couldn’t move! I told him there must be some reason why that had happened; and we searched his room, but to no avail.

It then occurred to me to inquire about the type of music he was listening to at the time.
Fred showed me a CD where, on the cover, there were easily recognizable demonic  symbols.

Surprised that he would make such a purchase, especially after the previously described experiences in his life, I questioned why. Fred replied that although he didn’t like the symbols, either, he liked the group that did the recording. It was the titles on the CD that were most troubling. One song, for example, was entitled, ‘Falling Angels.’ 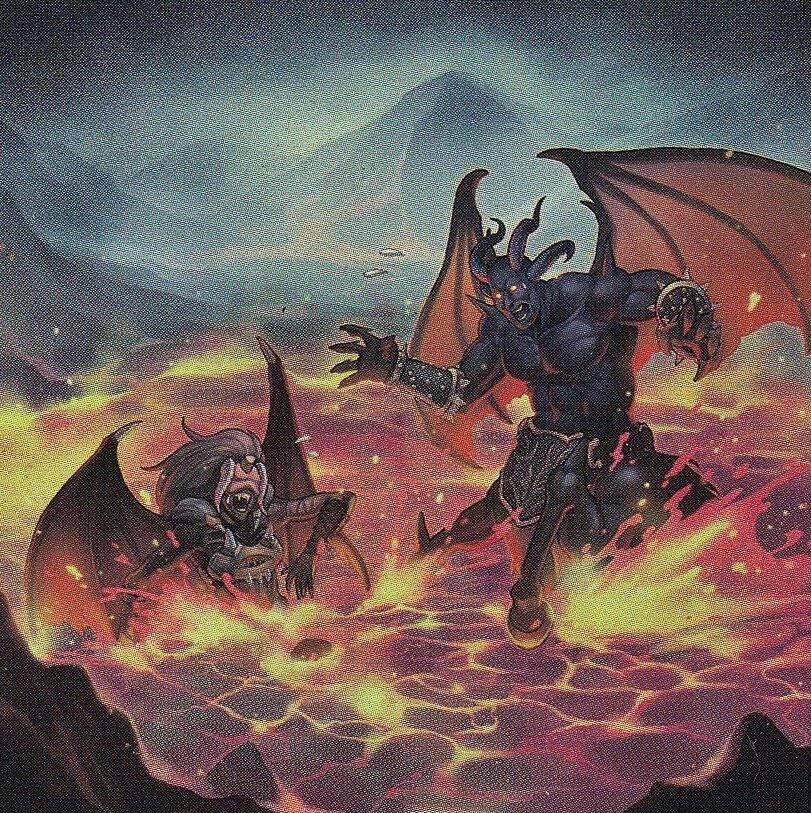 After pointing this out, we both agreed that the CD must be destroyed, so we broke it up and threw it out! Not only did the Lord show me that the devil exists, He also showed me that children as young as five or six, should be taught about the devil, as they can handle and understand this information.

This understanding as children, can have a positive influence on their lifelong decisions, helping to keep them on the right path while deepening their Catholic faith. Furthermore, the Lord showed us how the devil uses youthful games and music to influence the young.

I believe that the Lord allowed these incidents to occur in our Christian home to bring about a much greater good. Fred turned away from listening to music as a pastime altogether, and continued practicing his faith into adulthood.

Following these incidences, there was never any question that the Holy Spirit was working in our lives and that there are also truly evil forces that oppose Him, that He
allows — for now… for His own purposes.”